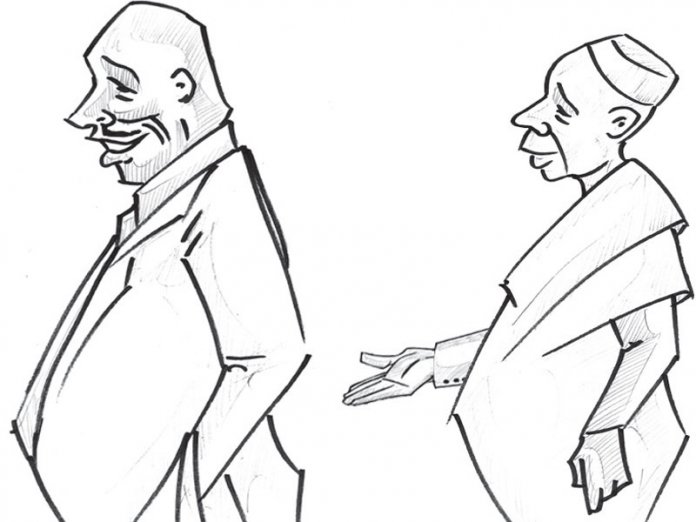 The Almajiri system is a breeding ground for insecurity

We fail to understand the recent opposition by the Kano State Council of Ulamas to the ban on street begging by Governor Abdulahi Ganduje. Since this ‘Almajiri phenomenon’ in the North has been an embarrassing sight to behold for decades, efforts to curb it should be supported by all critical stakeholders. The society has watched the ugly spectacle helplessly for too long.

At the inauguration of Basic Education Service Delivery for All (BESDA) recently, Ganduje had issued a stern warning, threatening to arrest any child caught in the undignified act of begging. Prepared to make the proscription effective, the state government announced the introduction of free and compulsory education for beggars with the offer of appointments to no fewer than 7,500 volunteer teachers as a deliberate move to integrate the Almajiri system into education curriculum. This ordinarily should be applauded by well-meaning leaders as it is ridiculous and absurd to see children in this era of advancement and modernity making begging their stock-in-trade. But rather than support the move to send beggars to school with the machinery in place to properly integrate them into the society for a meaningful living, the Kano State Council of Ulamas headed by Sheikh Ibrahim Khalil vehemently rejected the decision of the state government.

Begging is not a human right. But we also cannot ignore the plight of beggars and the socially-uprooted in our midst. How do we tackle this problem? Government, corporate and voluntary organisations, Churches and Mosques should be involved in getting them off the streets. Some beggars, regrettably, are old people and parents, abandoned to their fate. The extended family system is fast collapsing. In the past, the African communal system acted as a bulwark against loneliness, poverty, family breakdown, abandonment of oldies. But today, displaced elders are being displaced in some communities and finding only the streets as home.
The position of the Council of Ulama over the ban on street begging is to say the least disheartening and selfish since none of their members is likely to have their children among the beggars. More worrisome is that a section of the Northern elite has over the years been indifferent to this ugly trend. Rather than deploy the power at their disposal to take beggars off the streets by promoting child-education, many have exploited the misfortune of beggars to their political and religious advantage.
The opposition by the Ulamas is also a clear support for irresponsible procreation, a move vehemently criticised recently by the deposed Emir of Kano, Muhammadu Sanusi II. “Begging is disallowed in Islam and if you must beg for alms beg the government not individuals or relatives. It is better for you to cut firewood and sell to earn a living than to beg. Those who beg or seek assistance from individuals will be resurrected on the day of judgement without meat/flesh on their faces,” Sanusi said.

In June last year, at one of the National Executive Council (NEC) meetings in the State House, the National Security Adviser, Major-General Babagana Monguno, identified almajiri system in the North as a breeding ground for insecurity and advocated the need to end the system. This alarm ought to spur every right thinking person or group of persons. We therefore enjoin members of the Council of Ulamas to be advocates for a better society by not promoting retrogressive actions such as begging by children.