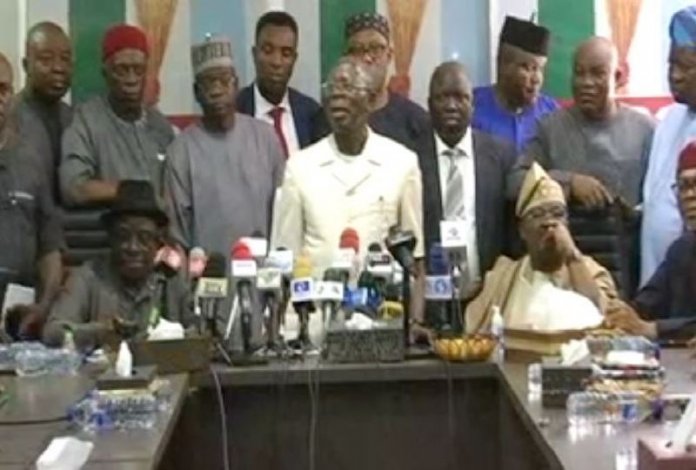 Following the Court of Appeal’s stay of execution of his suspension by a Federal Capital Territory (FCT) High Court, the National Chairman of All Progressives Congress (APC), Mr. Adams Oshiomhole, regained his seat yesterday, waving the olive branch to his adversaries as he presided over a meeting of the National Working Committee (NWC) at the party headquarters, Abuja.

At the meeting that was held to herald the cessation of hostilities in the party, the embattled national chairman assured aggrieved parties that he would reconcile his leadership style with others to give peace a chance, pleading with NWC members to put the past behind them.

Rising from the meeting, the NWC directed party members to withdraw all cases in court and subsequently lifted the suspension slammed, a year ago, on the Deputy National Chairman, North, Mr. Lawal Shuaibu; and National Vice Chairman, North-west, Mr. Inuwa Abdulkadir.

The challenge to Oshiomhole’s leadership of the party, which began from his home state, Edo State, had snowballed into a plot to oust him following the ruling of Justice Danlami Senchi of the Federal Capital (FCT) High Court, who in an interlocutory ruling, had ordered among others, that Oshiomhole should desist from parading himself as the APC national chairman.

But reprieve came Oshiomhole’s way on Monday as the Court of Appeal granted his application to stay the execution of the lower court’s order.
However, Oshiomhole, who presided over the NWC meeting, said despite the crisis that rocked the ruling party and almost tore it apart, APC would bounce back stronger.

The NWC meeting that was supposed to start by 12 pm did not start until about 2 p.m., while the Acting National Secretary, Victor Giadom, the arrowhead of the rebellion against Oshiomhole, arrived at the secretariat as early as 11.25 a.m.
He acknowledged pleasantries from the staff, while his driver parked his car at the parking lot allotted to the ‘National Secretary,’ Mr. Waziri Bulama.
Oshiomhole arrived at the secretariat at 12.50 p.m. and held a meeting with some NWC members loyal to him in his office for 30 minutes, while those opposed to him waited for the meeting to commence.

Speaking before the commencement of the meeting, Oshiomhole said as someone who had worked for a voluntary organisation, the crisis that engulfed the party was not strange to him.
He said it would only be strange if a party as large as APC, coming from different backgrounds, having different aspirations, had no disagreement.

He noted that the party members had bonded “together by a shared vision of building a party based on the principle of socio-democracy – pro-people, pro-poor, one that is committed to ensuring that the instrument of state is used to deliver the greatest good to the greatest number.

According to him, that is why the party is consciously called All Progressives Congress, because it belongs to all progressive elements in Nigeria.
He said: “Those who are thinking we are coming here to box, I wear no boxing gloves. I wanted to wear complete white to send a message of peace. And, I think everybody came here with a good heart and may God see us through this moment. We are going to bounce back stronger and better.

“Let me also say that I am the first to admit that I am not the best chairman in the world and I will never be. But no one can fault the sincerity of my purpose. My style can only be my style. But I recognise that I must reconcile my style to others so that we can meet in the middle of the road.
“So, we do not lay claim to a family that has members who will be so docile that they can’t argue among themselves or even sometimes who really want to fight. That is the hallmark of democracy. It can only be unusual when we fight each other, we quarrel with one another, and we develop that level of animosity that we become incapable of sitting down, putting on our thinking cap, reminding ourselves that what binds us together is much more than whatever divides us.”

He described himself as a believer in conversation, contestation and also a believer in conflict resolution.
He said: “Let me reassure you (Giadom) that this friendship we have built is past a year and 9 months; the food we have shared, those jokes. I am a Catholic and I am guided by the doctrines of my faith.”

Oshiomhole explained that he would expect, like the presiding judge of the Court of Appeal said, that political parties should develop internal mechanisms of resolving their differences without approaching the court, adding that if they refused to listen, they would be their own enemy.

He noted that the NWC should interrogate those elected on the platform of the party, meet with them, invite them and interrogate them on what they are doing in their states and at the federal level, rather than expending their energy fighting amongst themselves.

The chairman lamented that the projected revenue from the oil sector had dropped, but that the expectations of Nigerians had not diminished because the country’s revenue had diminished, saying that should be the concern of the NWC.

“These are the kinds of things we should spend more time doing, the Nigeria project, not becoming chairman. If I am chairman and cannot walk the streets of Nigeria with pride because my party has not done what is expected, I cannot be a happy chairman, and I don’t think any of you will be a happy member. I ask us, in addition to putting what has happened behind us, to find time to have an objective conversation on how we can generate ideas to support the government,” he added.

At the end of the meeting, Oshiomhole told journalists that the suspension placed on Shuaibu and Inuwa had been lifted.
He stated: “We have also resolved that we are going to withdraw all cases in court that any member of the NEC is involved in so that we must lead by example and we have shown that we are capable of managing ourselves and, therefore, we do not need the minister to help us resolve what we are capable of resolving.

“People have issues which they feel strongly about, and as a result the NWC took some decisions which affected my friend and brother, Senator Lawal Shuaibu, Deputy National Chairman North. The NWC had a reason for suspending him as at then. Today, we have reviewed the situation and we believe that in the spirit of our renewed commitment to building unity and true reconciliation, we as leaders of the party elected at the convention should live by example. And that means for those we think have offended the system, we have chosen to lift their suspensions. Sen. Lawal Shuaibu can resume his duties as Deputy National Chairman, North.

“We also reviewed the matter of Inuwa Abdulkadir, National Vice Chairman North-west. By the same spirit, the NWC was unanimous in lifting the suspension and he resumes work with immediate effect. So, with these two decisions, the two members of the NWC who were suspended, their suspensions have now been lifted.”

The party also noted that it would have an interaction with the Minister of Health, Dr. Osagie Ehanire, and asked him why the country is still allowing flights from the United States and Europe, the epicentre of COVID-19 while all other countries are shutting their borders. 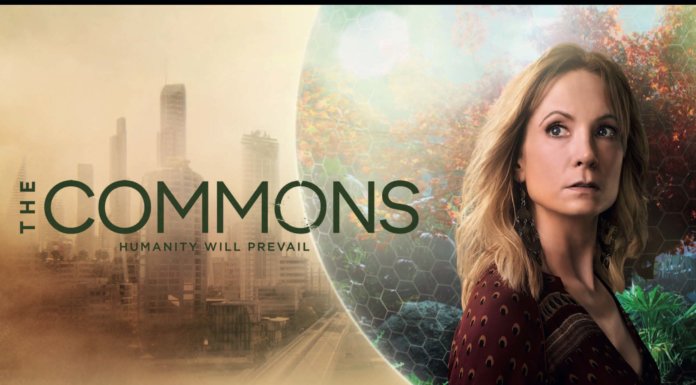