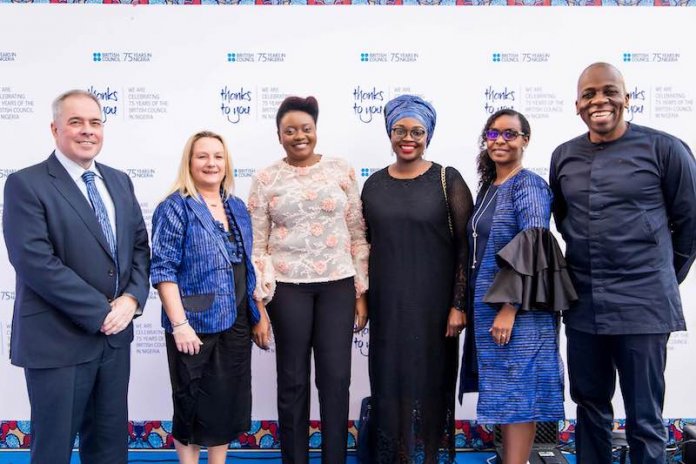 Globally, every March 8 is dedicated to honouring women’s achievements in different spheres of life. It is also a day that women from different backgrounds and culture come together to fight for women’s rights and address issues of bias. This year, its theme was a timely call to action for improvement of women’s situation globally.

According to the British Council Nigeria, “Gender equality has been the focus for years in developing and developed nations globally. Gender discrimination affects women and girls across strata, tradition and ethnicities though arguably more profound in some localities than others.

“ As Nigeria joins the rest of the world in marking the international women’s day, it is imperative that more efforts are put into enhancing the lives of women and girls, with a view to making a lasting difference.

“The report titled Women and Girls – making a lasting difference highlights the different activities of British Council that work towards addressing the SDG goal of increasing gender equality.”

Therefore, as part of their 75th Anniversary celebration, British Council Nigeria intends to highlight the women and girls’ empowerment programmes across their portfolio in Nigeria and some of the outcomes that have been achieved, as featured in the report.

They include empowering women and girls through sport with The British Council’s major sports programme, Premier Skills, a global programme delivered in partnership with the Premier League that uses football to develop a brighter future for young people around the world. So far in Nigeria, 300 female students between the ages of 12 and 16 years have participated.

Also, they are empowering women and girls through volunteering, individual and collective action with the Active Citizens is a project that promotes intercultural dialogue, community-led social development and social responsibility, working to build empowerment through the promotion of social change in communities. In Nigeria, over 1,000 female students and university staff have developed their leadership skills through the project.

Again, they are empowering women and girls through peace, justice and security with the Justice for All (J4A) DFID funded project where British Council is the lead partner. The programme focuses on reform of the justice sector and works across several states. The programme has some explicitly gendered components including supporting the creation of the Mirabel centre situated at the Lagos University Teaching Hospital, and the Tamar Centre in Enugu, which provides counselling and medical support to victims of sexual and domestic violence.

With the DFID-funded – Nigerian Stability and Reconciliation Programme (NSRP), in particular, Component 3, which is supported by Social Development Direct, is directed at women and girls with the aim of ‘more influential participation by women and girls in institutions and initiatives relevant to peace building, with reduced prevalence and impact of violence against women and girls’.

According to Dr Eleanor Nwadinobi, who leads the work on this component, “a main success of the programme should be seen in the increased willingness of women and girls to report sexual violence. These young people are willing to report issues and through the peace clubs, sometimes characterised as “safe spaces”’.

Empowering women and girls through partnerships in education through the Northern Nigerian Girls Education Programme targeted especially at states with poor data on educational outcomes, British Council Nigeria has supported the set-up of Girls Education Advocacy and Research networks (GEARn).

The aim is to produce high-quality research on what works in support to education of girls. Research findings have been utilised by GEARn members for advocacy to government and private stakeholders within project states to influence policy aimed at ensuring better educational outcomes for girls.

Empowering women and girls through arts by supporting the Nigerian creative industries, offering opportunities for women artists to showcase their skills some of these programmes include NAIJA STREET STORIES in collaboration with Hatch Africa where young filmmakers were challenged to present ideas for a women-centred documentary through workshops, mentoring and training. There is also the Go Women Go, collaboration by British artist Laura Aldridge and Nike Davies Okundaye of the Nike Arts Centre in, which aims to promote ceramics, textiles and sculpture.

“The British Council is the UK’s international organisation for cultural relations and educational opportunities. We create friendly knowledge and understanding between the people of the UK and other countries. Using the UK’s cultural resources we make a positive contribution to the countries we work with – changing lives by creating opportunities, building connections and engendering trust.

”We work with over 100 countries across the world in the fields of arts and culture, English language, education and civil society. Each year we reach over 20 million people face-to-face and more than 500 million people online, via broadcasts and publications.

”Founded in 1934, we are a UK charity governed by Royal Charter and a UK public body. The majority of our income is raised delivering a range of projects and contracts in English teaching and examinations, education and development contracts and from partnerships with public and private organisations. Eighteen per cent of our funding is received from the UK government,” they added.