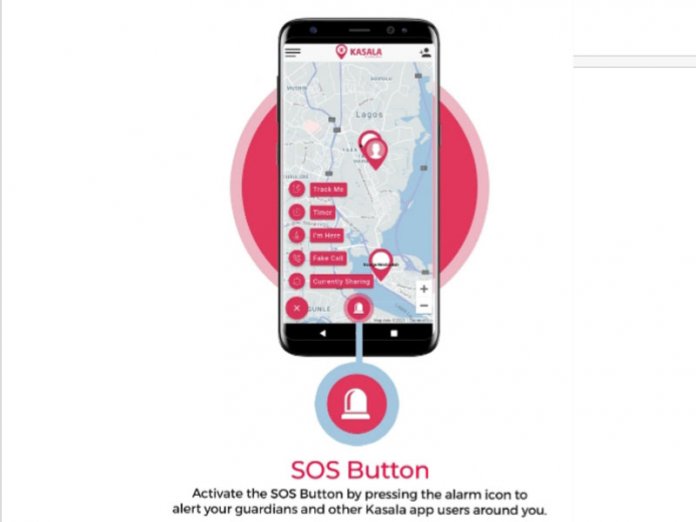 In view of rising wave of insecurity in the country, a holding company, Rector Group of Companies, has launched an innovation, ‘Kasala App’, to strengthen the safety of Nigerians.

Kasala works as an emergency alert and tracking app, that is designed to keep citizens safe, protected and confident especially in their most vulnerable moment.

Managing Director of Rector Group of Company,Onyedikachi Aliyu Erete, pointed out that the alarming figure of casualties from security challenges continued to pose a danger to the polity, adding that it was important for Nigerians to work on their personal security.

“The escalation of insecurity across the country as of today is unpleasant and indeed worrisome. Everyday, it is one news of kidnapping, armed robbery or bloodshed. Crime rate is at an all-time high. The Nigeria Police Force reports that between January and April, 2019, at least 685 persons were kidnapped across the country. Another report states over 8,000 were widowed, 16,000 children orphaned, 5,000 people killed while 9,000 more were injured since 2009 as a result of banditry.

“Every four hours, no fewer than two lives are lost on Nigerian roads, while every year, about 20,000 of the 11.654 million vehicles in the country are involved in accidents according to data released by the National Bureau of Statistics (NBS) and the Federal Road Safety Corps (FRSC). Many of these incidents could have been averted and lives saved if the victims got quick help”.

Erete also noted that despite the fact that safety and law agencies are grasping at straws to save the situation, the responses have been low while crime rates continued to increase.

He said that the new app which can be accessed via kasalaapp.com, would enable citizens to notify security agencies and or loved ones before, during or after emergency and dangerous situations.

Describing the solution further, he explained, “Kasala which is available on App Store and Google Play, uses the latest location and GPS service tracking technology. It allows one to select emergency contacts that can respond when one or loved ones are in distress. It also has a built-in feature to activate an alert. The app lets one live-stream an event, and while live streaming feature is in use, the audio and video are also automatically recorded and sent to select guardians or security agents in real time.

“Its innovative features make one feel safer in the case of an ill-fated event, especially when one needs an instant response from loved ones or security agents in one’s proximity. Its most advanced and reliable personal safety feature is its ability to let one sends SOS alarms to other Kasala app users anywhere, anytime around one to come for one’s rescue. The Kasala app can be used to report cases such as rape, domestic violence, accidents, robbery, kidnapping and fire. It can also be used for public safety and community policing”.

Continuing, he added, “What is exciting about this app is that one gets an alert when one family needs help or is safe with current location. One can also track family and friends’ real time location on a private map, see live videos of the events, record video and audio of events, take images of events and situations, simulate an incoming call to one’s phone and escape an unpleasant or threatening situation and also sets a timer to send a panic alarm. The Kasala alarm automatically triggers and alerts all your guardians and then, tracking is free, thereby keeping you safe and confident in your most vulnerable moments”.