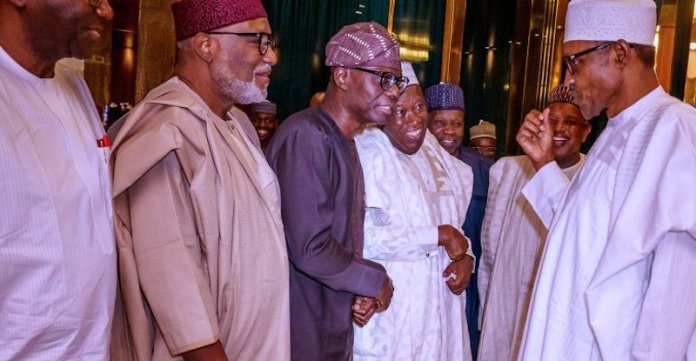 Relief came yesterday for the embattled National Chairman of the All Progressives Congress (APC), Mr. Adams Oshiomhole, as the Court of Appeal granted his application for stay of execution of the ruling of a Federal Capital Territory (FCT) High Court, which earlier this month suspended him from office.

The judicial relief came moments after President Muhammadu Buhari and APC governors agreed at a meeting in the Presidential Villa, Abuja to suspend the National Executive Committee (NEC) meeting scheduled for today, effectively putting in abeyance the push to oust Oshiomhole.

For Oshiomhole’s chief adversary, Edo State Governor, Mr. Godwin Obaseki, the two developments disrupted his desire to ease the national chairman out of office in the hope that it would smoothen his way back to the governorship of his state.

The national chairman’s current travails arose from his protracted quarrel with his erstwhile ally and state governor over the control of the state branch of the party, with the latter insisting that the former should bow to him.

With the governorship primaries of Edo State in sight, the struggle for the soul of the party had become intense because whoever controls the APC structure in the state, and has contact at the national secretariat would have an upper hand.

Oshiomhole’s suspension, said an analyst, had given Obaseki the upper hand and had the NEC meeting held today it is unlikely the national chairman would have survived.
The political and judicial developments yesterday would appear to have shifted the balance of forces in Oshiomhole’s favour, discomforting Obaseki, who had hoped to see the back of his former mentor.

But Justice Abubakar Yahaya, who presided over a three-man panel of the Court of Appeal, ordered the stay of execution of the suspension order on Oshiomhole, while delivering ruling in an ex-parte application filed by him.

Oshiomhole in the application had prayed the court to halt the suspension order on the grounds that there would be no status quo ante belum if the appellate court failed to do so.
His lead lawyer, Chief Wole Olanipekun (SAN), told the court that there was a NEC meeting of the APC slated for today, wherein the applicant would be excluded going by the suspension order of the lower court.

The appellate court said: “We have looked at the application and we are of the view that the image of emergency has been painted. There is information that NEC would hold a meeting tomorrow and the applicant will not be there.
“Justice would not have been served if the applicant is not in that meeting. The status quo can only be maintained if there is a stay. We find merit in the application.

“We hereby order a stay of execution of the lower court made on March 4, 2020, pending the hearing of the notice of appeal slated for Friday, March 20, 2020.”
The court also ordered all parties in the suit not to take any further steps that would affect the ruling.

“We hereby give an order of injunction restraining the respondents or their agents from taking further steps until the determination of the substantive suit,” the court ruled.
The Court of Appeal in addition, made an order for accelerated hearing in the matter.
Justice Yahaya, however, urged politicians to learn to resolve their problems without involving the courts.

Justice Danlami Senchi of the FCT High Court had in an interlocutory ruling, ordered among others, that Oshiomhole should desist from parading himself as the APC national chairman.
The order was sequel to an application of interlocutory injunction asking the court to suspend Oshiomhole, having been suspended as a member of the APC by the party in Edo State.

However, Oshiomhole through his lawyer, Mr. Damian Dodo (SAN), had same day approached the appellate court to reverse the suspension order.
Oshiomhole asked the Court of Appeal to set aside the suspension order of Justice Senchi and restore his position as national chairman of the APC.
The NEC meeting was convened by forces seeking to oust Oshiomhole as the chairman of the ruling party.

It was called by the Acting National Secretary of the party, Mr. Victor Giadom, to seal the fate of Oshiomhole, who was restrained by the court on March 4 from further parading himself as the party’s chairman.

The court had issued the interlocutory injunction in accordance with the prayer of the National Vice-Chairman (North-east) of the party, Mr. Mustapha Salihu, in collaboration with some members of Oshiomhole’s ward in Edo State, asking the court to grant the injunction restraining him from further acting as the party’s national chairman, having been suspended by his ward.

In the aftermath of the court order, which was followed by a rash of counter orders, all from courts of coordinate jurisdiction, the APC had been enmeshed in a crisis that led security operatives to stop Oshiomhole and his group from gaining entry into the party’s national secretariat.

Against the background of the division among governors over the fate of Oshiomhole, they met with the president in the State House yesterday, seeking his consent to indefinitely postpone the meeting.
Answering questions from journalists after the meeting, Chairman of APC Governors’ Forum and Kebbi State Governor, Alhaji Atiku Bagudu, said the president obliged them the request.

“Also, we seek Mr. President’s support to postpone the National Executive Council (NEC) meeting that is scheduled for tomorrow until such a time that the governors are ready to report back,” he said.

Bagudu also spoke on other issues discussed with the president, saying they informed him that the governors had agreed to resolve all lingering crises bedeviling the party.
They also thanked Buhari for the access he had granted them both individually and collectively.

“We met with Mr. President. Among other issues, we discussed about the party in appreciation to Mr. President – how he has given access to each of us individually and collectively.

“Among the issues we discussed was the resolution that the governors have taken to work together to resolve all the issues in the party,” he said.
Meanwhile, Giadom has said that the party is in agreement with Buhari’s decision to postpone the proposed emergency NEC billed to hold today.

Giadom, while speaking with journalists in a telephone interview yesterday, said a new date for the meeting would be announced.
He said: “The NEC meeting has been postponed indefinitely, at the appropriate time, the public and members of the NEC will be informed on the new date, but as of today, we are in agreement with the president that the NEC meeting has been postponed.”

However, some APC members opposed to Oshiomhole have said the ruling party is afflicted by ‘Osho-virus’ and not 2023 virus.
In a statement yesterday by the Director-General of Voice of Nigeria (VON), Mr. Osita Okechukwu, the group disagreed with Sunday statement by the National Leader of the party, Senator Bola Tinubu, that the anti-Oshiomhole forces had been infected with “old ambition 2023 virus.”

Rather, it described them as passionate and loyal members of the party at the grassroots level.
He explained that those against Oshiomhole at the moment initially held him in high esteem and had high expectations of optimum performance and quality leadership from him.

He noted that it was, therefore, with deep regret that two years down the line, Oshiomhole, in utter disregard to the high expectations of the responsibility entrusted on him, and the constitution of the APC committed without remorse or introspection 10 monumental cardinal sins against the party.

Okechukwu noted that Oshiomhole was pivotal to the revival and resurrection of collapsing Peoples Democratic Party (PDP) structures to win more states like Adamawa, Bauchi, Zamfara and Sokoto, all strongholds of APC.

He also accused the embattled chairman of brazen incompetence, adding that the revival of PDP was evidenced in the Bayelsa State imbroglio.
Okechukwu also accused Oshiomhole of manipulating, corrupting and mangling the 2018 APC gubernatorial and legislative primary elections.

The order was sequel to an exparte application brought by Mustapha Salihu.
The application marked FCT/HC/M/6447/2020, was argued on behalf of the applicant by his lawyer, O.C. Ugwu.

Babatunde Ogala, Lanre Issa-Onilu, Waziri Bulama and the APC were joined as defendants.
Salihu had approached the court, through the exparte motion, seeking an interim order allowing Giadom to pilot the affairs of the party as acting chairman and to preside at all meetings of the party’s National Executive Committee (NEC) pending the decision of the party’s NEC fixed for March 17.

The applicant also sought an interim order restraining the APC and its officers or anyone purporting to act as an officer of the 4th defendant (APC) from preventing or in any way disturbing Giadom from functioning as the acting chairman unless otherwise decided by the NEC of the party pending the hearing of the motion on notice.

After listening to the motion as argued by Ugwu, Justice Bature granted the interim order as prayed.
“Application is hereby granted as prayed,” the judge ordered.
Bature then adjourned the matter until March 20 for hearing. 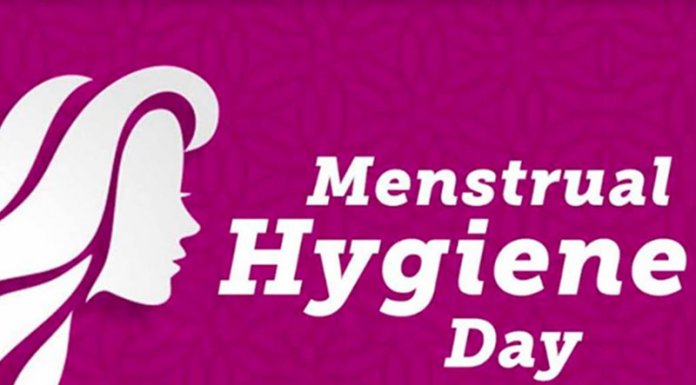