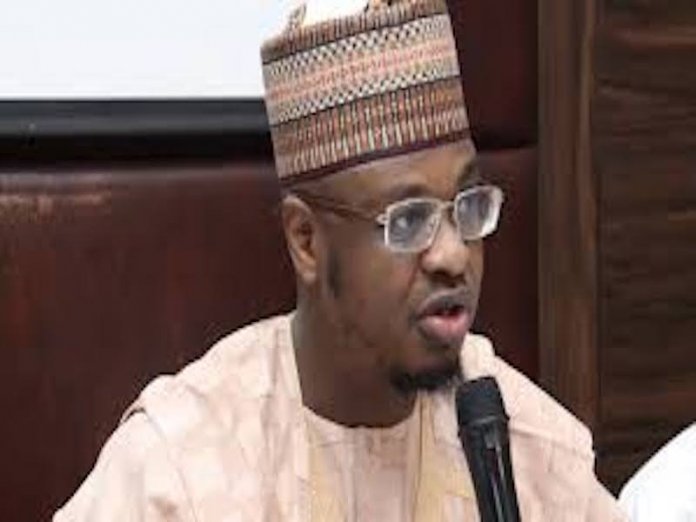 Despite the agreement by governors of the 36 states of the federation to reverse the Right of Way (RoW) charges for telecoms facilities from the planned N6,000 to N145 per linear metre, their agencies superintending over telecommunication infrastructure have refused to comply, THISDAY’s investigation has revealed.

In defence of the intransigence, the Lagos State Government said the N145 charge was suggested by the federal government in 2013 for a five-year period, which expired in 2018; and could no longer be considered as tenable.

The meeting was part of efforts to address the lingering issue of RoW charges in a bid to deepen broadband penetration in the country and promote a digital economy.

The RoW charge on federal roads is N145 per linear metre.

Some of the states had reportedly refused to collect the old rates for RoW and were no longer issuing RoW licences to telcos.
But the federal government had condemned the hike, describing the action of the states as a disregard to the RoW Charge Agreement reached by the National Economic Council (NEC).

However, after the meeting in January, which was attended by governors, under the auspices of the Nigerian Governors’ Forum (NGF), chaired by Ekiti State Governor, Dr. Kayode Fayemi, the governors adopted the 2013 resolutions reached by the NEC, which agreed on a maximum RoW charge of N145.00 per linear metre of fibre.

Investigation at the weekend, however, revealed that the states have refused to revert to the N145 rate.

The Chairman of the Association of Licensed Telecoms Operators of Nigeria (ALTON), Mr. Gbenga Adebayo, who confirmed to THISDAY that the governors were yet to revert to the proposed N145 per linear metre charge, said the states were still charging far above the recommended rate of N145, a situation he said had stifled telecoms growth across the states.

Adebayo said while only Lagos State charged N500 per linear metre, all other states were charging more.

Adebayo who had hoped that the decision reached on RoW would be unified among the 36 state governors, advised the governors to look more at the social and economic benefits of ubiquitous broadband penetration than their Internally Generated Revenue (IGR) from RoW charges.

He, however, said RoW charge was one of the multiple charges encountered by telecoms operators that were imposed by different state governments.
He condemned the use of local state tax force in shutting down telecoms sites without recourse to the national implications of their actions and advised governors to allow operators to expand telecoms networks in their states without harassment from state agencies.

The Vice President of the Network Operations, Airtel Nigeria, Dr. Adedoyin Adeola, while explaining the implications of indiscriminate charges on RoW by state government agencies said the high charges had negatively impacted on telecoms growth and expansion.

He called on the National Assembly to speed up the passage of the Critical National Infrastructure Bill that is before it, which according to him would deter state governments from incessant shutting down of telecoms Base Transceiver Stations (BTS), otherwise known as base stations, when the bill is passed into law.

He, therefore, urged the minister to ensure that either the Critical National Infrastructure Bill is passed by the National Assembly members, or the Executive Order is issued from the presidency in order to save telecoms operators from their current challenges.

But the General Manager of LASIMRA, Mr. Funsho Elulade, told THISDAY that the N145 was suggested by the federal government in 2013 for a five-year period, which expired in 2018.

He added that the situation has since required a need for review of the charge after the five-year period.

Elulade wondered why the telcos should complain when one of them has been owing the state government even on the N145 fees which expired in 2018.

He said: “We had a stakeholders’ meeting with them on the 14 of January 2020 to discuss all the grey areas, but after the meeting, they refused to cooperate with us. They took Lagos State to court that we have no right to control them, but we are not controlling them, we are just enforcing the laws as given to us in the NCC Act of 2003,”

On his part, the Enugu State Commissioner for Environment and Mineral Resources, Hon. Chijioke Edeoga, told THISDAY that the RoW charges in the state are negotiable.

Edoga said the state government could make concessions if the companies feel the cost was too high for them.

He noted that the government was willing to hold talks with the telcoms as the state is not ready to lose any of their services.

“Companies can write a formal letter of complaint to the governor either individually or together suggesting what is okay for them,” he said.
He, however, explained that the companies should also find out if the money they are paying is the official rate approved by the state government.
Also responding to the concerns raised by the telcos, the Cross River State Commissioner for Information, Mr. Okang Asu, explained that the state’s RoW charges remain the lowest when compared to other states in the South-south region.

The commissioner said rather than even step forward to negotiate with the state government, and build new facilities, especially the telecommunications masts, some of the telcos had resorted to shortchanging the state by “collocating” their facilities.

He said the state was ready to discuss with the telecommunications service providers ways that would be beneficial to the companies and the state.
On its part, the Kano State government stated that the state designed a waiver for MTN on the issue of RoW, adding that the Nigerian Communication Commission (NCC) had acknowledged this incentive.

The state Commissioner of Works and Infrastructure, Mr. Muazu Magaji, in an interview with THISDAY, said: “We are one of the few states that provided the waiver and this much was acknowledged by the executive vice chairman of NCC when he came to Kano on a visit with his entire team when they were holding one of their meetings here in Kano, not too long ago.

“We are in closed partnership with both service providers and regulators, MTN particularly, to make Kano a telecommunication state and you can check with MTN if Kano has given them this waiver or not.

“NCC also acknowledged the contribution of Kano State in providing them with land for the building of their zonal headquarters and we also provided a space for the establishment of zonal ICT Centre by NCC,” he added.

The Senior Special Adviser to the Ondo State Governor on Information and Telecommunication Technology, Mr. Olumbe Akinkugbe, who is in charge of SITA, said the agency had designed a policy to reduce the cost of operations for the telecommunication companies.

“What we are planning to do is to encourage what we call ‘One Dig Policy’. ‘One Dig Policy’ is a situation whereby we partner with reliable organisations to actually develop a fibre rollout plan on these right of way at a discounted rate such that when various telecoms operators are coming in there is already a laid down path.

“What that will do is that it will prevent a situation where MTN wants to expand their fibre infrastructure, they come and apply for right of way and dig; that Airtel wants to come, they come again, they open up the ground and start digging,” he stated.