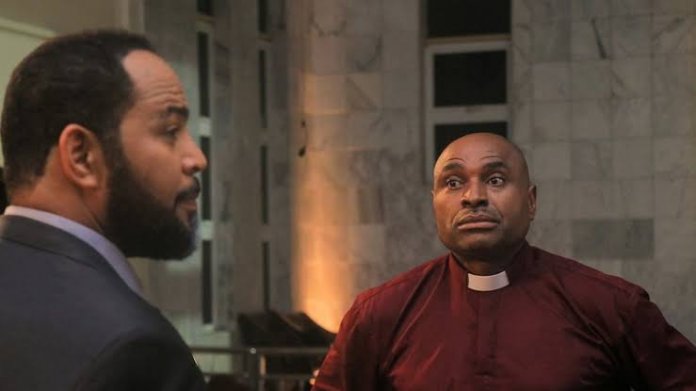 Amid fears of the coronavirus pandemic that has led to cancellation of most entertainment and sports events across the globe, Nollywood stars graced the seventh edition of the Africa Magic Viewers’ Choice Awards on Saturday, March 14, where ‘Living in Bondage: Breaking Free’ took home most awards.

The sequel to the classic movie that supposedly marked a new era in the film industry clinched 11 nominations out of which it took home seven awards, including Best Overall Movie and Best Director for Ramsey Nouah and Steve Gukas. It is the first AMVCA win for Nouah who was absent at the event.

‘Living in Bondage: Breaking Free’ also fetched a first time win for Larry Gaaga who composed the soundtrack of the movie. Absent at the event, Charles Okpaleke, the executive producer of the movie and media personality Ebuka Obi-Uchendu received the award on his behalf.

‘God Calling’, one of the movies with the most nominations only took home two awards: Best Lighting Designer and Best Make-up. The Kemi Adetiba’s film, ‘King of Boys’ didn’t win any award despite having seven nominations.

It was also a big night for Funke Akindele-Bello who won in the Best Actress in a Comedy category. The elated actress reminded the excited crowd she is winning in that category for the fourth time.

Holding for the seventh time after a one-year break, this year’s event was laced with witty humour and performances by media personality IK Osakioduwa who’s been hosting the event since its inception in 2013. He was joined this year by Kenyan TV and radio presenter, Amina Abdi Rabar.

The afro-pop icon 2Baba also performed at the event.

The AMVCA takes pride in celebrating and rewarding African creative talents. For its lifetime achievement award, Peter Igho, a veteran in TV and film production was honoured. For the first time, a male took home the coveted trailblazer award. Living in Bondage: Breaking Free’ star Swanky JKA was this edition’s recipient.

editor - August 5, 2021 12:35 am
30
By Olusegun Adeniyi The moment the news broke of his indictment by the Federal Bureau of Investigation (FBI) last Thursday, the suspended Deputy Commissioner of...