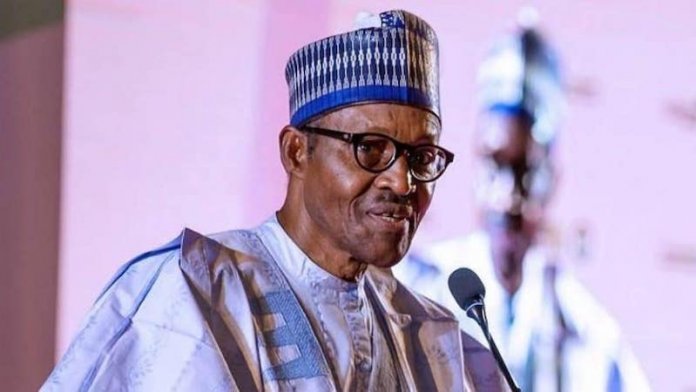 The committee set up by President Muhammadu Buhari on Monday to review the impact of Coronavirus on the economy, submitted an interim report yesterday with a disclosure that N285 billion had been released to fund some capital projects in the 2020 budget.

The committee, which said another $220 million had also been released as counterpart funding to finance railway projects, added that it was still consulting on the possibility of reducing the pump price of fuel in view of the drastic fall in the price of crude oil in the international market.

Briefing journalists in the State House after submitting the report, the Minister of Finance, Mrs. Zainab Ahmed, said the releases were made to some ministries which have critical infrastructure projects to finance as prioritised by the federal government.

“As at Tuesday this week, we have released N285 billion to a number of agencies. We prioritise the releases to the critical infrastructure agencies. But we have also made the releases for education as well as health. So, the Ministry of Transport, the Ministry of Works and Housing, Niger Delta, a number of ministries and agencies that have important infrastructure projects have got their funds.

“Also this week, we have been able to release to the Ministry of Transport the counterpart funding provided for in our budget that is required for the important railway projects that are currently ongoing – finances from the China EXIM Bank. So, they are the funds that have been released this week.
“So, in addition to the N285 billion, there is about $220 million that has been released this week for counterpart funding for railway projects,” she said.

According to Ahmed, the five-man committee, which she chairs will submit its full report next week, pointing out that the panel is saddled with the responsibility of ensuring that the economy is running unhindered despite the fall in the price of crude oil caused by the outbreak and spread of Coronavirus.

She also said the committee was brainstorming on how revenue generation would be stabilised, critical infrastructure funded and funds released to the states from the Federal Allocation Account Committee (FAAC).
The minister added that upon the submission of the full report next week, the president is expected to make some fundamental approvals expected to rejuvenate the economy, adding that details of such approvals would be made available to the press.

“This committee that has been set up by the president to review the impact of COVID-19, as well as the crash of crude oil price, had gone just now and had a short meeting with the president in which we filed an interim report and the president has directed that we should consult and come back to him with an update next week.

“What we have been mandated to do is to ensure that the business of government continues to run as much as possible normally; that government agencies are funded but there must be continuous investments in critical infrastructure that would ensure continuous growth and also concentrate on programmes and projects that will enhance employment of our people.

“We are looking at ways and means in which the revenue of government will be stabilised and that we are able to fund the states through the FAAC process at a level that is averagely expected and planned for both from the federal as well as the national budget.
“So, as we finish our consultations next week, we will be expecting some approvals and then we will be meeting with you to inform you of the specific approvals that we have been able to obtain from His Excellency the President,” Ahmed said.

The minister, who said the Nigeria medical team had been commended by the international community for its diligent handling of the Coronavirus in the country, observed that the impact of the virus had been felt on the economy because China is one of Nigeria’s biggest trade partners.
However, she expressed optimism that situations would return to normalcy very soon, noting that the price of crude oil, which fell to $30 per barrel earlier in the week had again risen to $36 per barrel.

The minister said even though economic activities might be slow while the outbreak lasts, the Nigerian economy would eventually recover in the end.
“But we have seen already China beginning to go back to work. Of course, there is a lag period for what has happened. Already, the crude oil period has moved from $30 per barrel to $36 per barrel. So, there will be a recovering. But for us, in everything, when something crashes, the recovering is not as fast as the recovery itself.

“So, we will manage the economy by prioritising what we do. During the period, there will be slow activities so that when things pick up, everything will go back to normal,” she added.

Responding to a question on whether Nigeria would consider a travel ban to check further import of the virus to the country, the CBN governor, Godwin Emefiele, on his part, said such decision was not considered necessary for now.

Emefiele said the measures put in place to guide against the spread of the disease in the country was more stringent than what obtained in the United States, explaining that it was better not to introduce travel ban to avoid creating unnecessary panic in the system.

“Following up from what the Honourable Minister Of Finance has said regarding the travel ban, I must say that at this time, we don’t consider it very necessary that we should go for a travel ban; you all must have read and heard about the consequences of the travel ban, which the United States has imposed. It has also even dire consequences.

“However, it’s not to say that we are not taking the issue very seriously and I can say this, we have friends and relatives who have travelled to the United States recently and they tell you that on entering the borders of the United States, that the kind of checks that they see at the airport is totally nonexistent compared to the ones that we have in Nigeria.

“That is a credit to Nigeria and the minister of health has taken this very seriously and we are very happy about the response so far on that matter. It’s just good that we allow it the way it is now so we don’t create more panic in the system that now has even dire consequences for our economy,” he said.
Emefiele also appealed to Nigerians not to panic about the rumoured non-availability of foreign exchange in the market, describing it as a hoax created by some “unscrupulous” individuals.

According to him, forex is available for all kinds of transactions, adding that Nigerians should ignore such insinuations and proceed to purchase forex whenever they need it.
He said following the unnecessary alarm raised by such individuals, who attempted to create scarcity of forex, security agencies including the Economic and Financial Crimes Commission (EFCC) are on the trail of the rumour mongers and they will be brought to justice soon.

“So, for that reason, there is no need for you to rush. Everybody wants to rush to the exchange; to that door to buy foreign exchange that you don’t even require at this time thereby leading to the spike in the price of the dollars. I am happy to confirm to you that as a result of this, we have also begun in collaboration with the Nigerian Financial Intelligence Unit as well as other security agencies. EFCC is also working with us to establish the people who are involved and I can tell you that we will find them because they use accounts,” he said.

Emefiele who also said interest rates had been reduced drastically, added that the trend would continue, assuring also that when the committee concludes its report, it will come up with a mechanism that will aid the free flow of economic activities both at the federal and state levels despite the fall in the prices of crude oil.

“In summary, let me say this group has been assigned with the responsibility to conduct an assessment. There is no need for anybody to think that government – whether federal or state would not be able to conduct its activities and I can assure you that by the time we come back, notwithstanding, yes there is a drop in the price of crude, we are going to come up with a mechanism that will make it possible both for the federal and the state government to be able to conduct their businesses,” he said.
The Nigerian 2020 budget of N10.59 trillion is facing implementation challenges amid the crash in crude oil prices owing to the outbreak of Coronavirus.