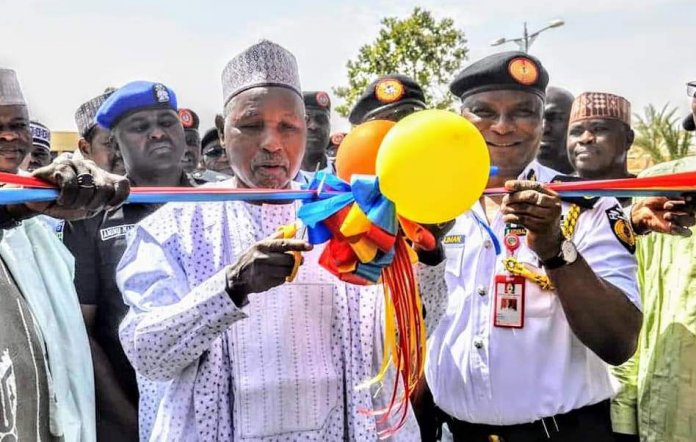 The Controller General of the Federal Fire Service, Ibrahim Liman, has disclosed that the federal government has procured 96 fire fighting trucks for distribution to the 36 states of the country including the Federal Capital Territory (FCT).

Liman, who disclosed this during the deployment of two fire fighting trucks in Katsina State Wednesday, said the federal government under the leadership of President Muhammadu Buhari is committed to the fight against fire outbreaks and natural disasters in the country.

“I therefore called on Katsina government to send 60 newly recruited fire fighters to Kankia Fire Fighting training School for a free training that will enable them to manage any fire outbreaks.”

He, however, admonished the Katsina State Government to provide an office accommodation for the federal fire service station in Daura Local Government for efficient service delivery.

In his remarks, Governor Aminu Masari said despite the limited resources at his deposal, President Buhari has upgraded and expanded numerous fire fighting machineries across the country.

He reiterated that Funtua, being one of the commercial centres of the state, needs fire fighting trucks, adding that fire fighters find it cumbersome to manage fire outbreaks in the area due to inadequate fire fighting apparatus.

He therefore appealed to the federal government to provide additional trucks to Funtua with full concentration of industries and markets to contain disasters facing residents of the local government.