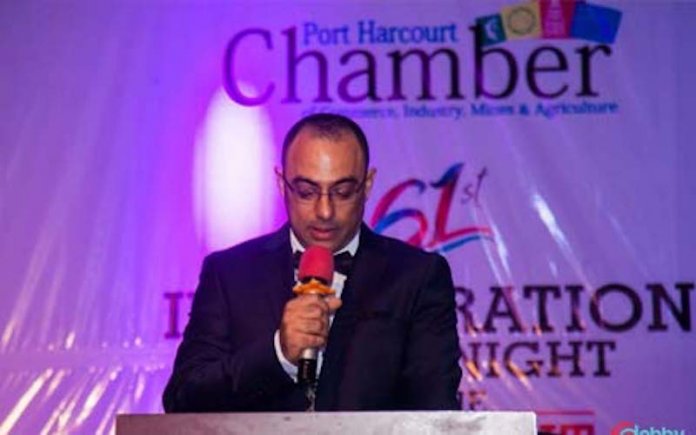 Ernest Chinwo in Port Harcourt
The President of Port Harcourt Chamber of Commerce Industry, Mines & Agriculture (PHCCIMA), Chief Nabil Saleh, has declared that the state is safe for investments and other profitable business activities.

In an interview, the PHCCIMA President said the state was reaping the benefits of Governor Nyesom Wike’s investments in the state’s security architecture.
He said: “As the voice of the business community in Rivers State, I can tell you that the state is safe and good for investments.
“Now we have three international airlines coming to the state. So, we are linked to the world. We can go to Europe in five hours and to any African country in a short time.

“You don’t need to travel to another state before going to an international airport. The three international airlines can take you to different destinations of the world.”
He said that there has been a marked improvement in the security of lives and property in the state.

“As the chairman for organised private sector of Rivers State, I can assure you that there is a big improvement in the security of the State.
This is after Governor Wike gave all the security agencies equipment and vehicles under Operation Sting.

“For now, the state is preparing for the security summit. This is with the collaboration of the private sector to help in transforming the security outlook of the state. With this, I am sure the security in Rivers State will develop to a higher level,” he said.

Saleh, lauded the Rivers State Governor for inaugurating the Ease of Doing Business Council, which would yield greater dividends to the state.
He said: “Rivers State is friendly has an investment friendly climate and after Governor Wike inaugurated the Ease of Doing Business Council chaired by the deputy governor, I am sure it will increase investments in the state

She commended the Rivers State Governor for the investment in security.
Chibuisi Nwahiri, a businessman in Port Harcourt, also said that the state is calm with businessmen carrying out their legitimate activities. He thanked Governor Wike for investing in security.