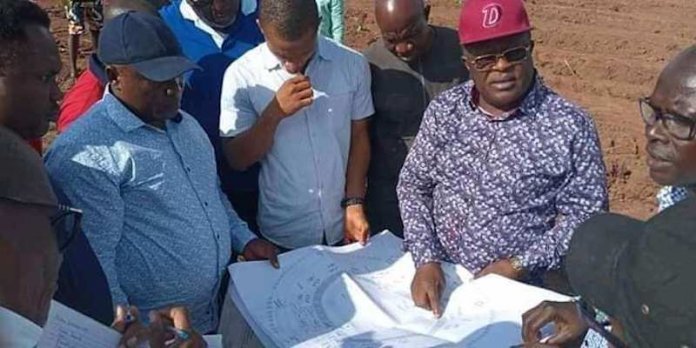 Stakeholders from Ezza clan have reiterated their unflinching supports for the ongoing airport project sited at their area by the Ebonyi State Government.

The stakeholders, who were led by the Secretary to Ebonyi State Government (SSG) and the state Coordinating Commissioner, Dr. Kenneth Ugbala, on the inspection of work at the airport site, said they were impressed and satisfied on the progress of work at the site.

The SSG noted that the essence of the visit was to inspect the project and ascertain areas which the people of Ezza clan could assist the state government to ensure speedy works on the project.

Ugbala further thanked the traditional rulers and council chairmen of Ezza South and Ezza North for donating the land, stressing that any dissenting voice does not represent the position, resolution and decision of Ezza nation.

He added that anyone who opposes the project is anti-Ezza clan, and should be medically re-examined.

Ugbala said “This is a time God has destined that an airport will come to Ezza land. We thank the state Governor, Chief David Umahi, for siting the project here. We are here to inspect the project. It’s a divine providence that our governor has chosen here. We have passion for the airport. We are one, and all Ezzas have one voice as it concerns the project.

“We thank the traditional rulers and the two Council chairmen for donating the land. Other criticisms do not represent the position of Ezza nation. Our position is that while thanking the governor, we are also supporting the airport 100 percent, and we will support it with our money, labour and other services.

“We are not aware of anyone opposing it. As an enterprising clan, we know that enemies might want to work against it but we are in support of the project in Ezza nation. We advise that if there’s any one opposing the project, his or her DNA should be tested.”

He lauded the governor for his commitment on the project, noting that it is the highest project sited in Ezza clan since the creation of the state.

In their separate remarks, the two council Chairmen, Ogodo and Aloh, thanked the governor for the project, and assured him of all the needed supports to ensure the completion of the project

Meanwhile, all the traditional rulers of the host communities has said the decision of Governor Umahi to site the project in Ezza land has led to rest the neglect of the clan since the creation of the state.

The Ebonyi State Chairman of Traditional Rulers’ Council, Ezeogo Charles Mkpuma, declared that those opposing the project won’t be given breathing space, as Ezza people won’t succumb to their threats.