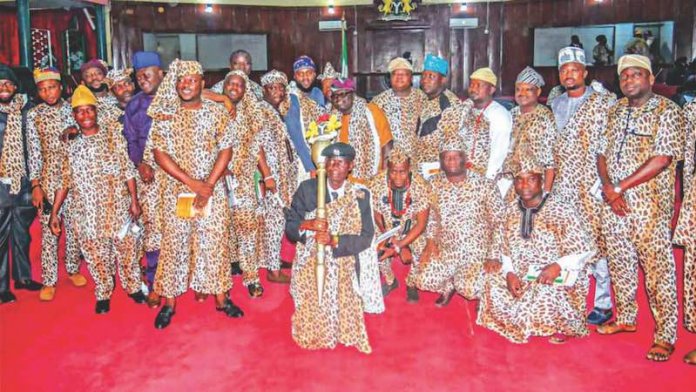 With the legal backing recently extended to the Western Nigeria Security Network codenamed Amotekun Operation by the House of Assembly in Southwest states, the initiative might have finally come to stay, writes James Sowole

When representatives of the Southwest on the 2014 National Conference pushed for the amendment of the Constitution of the Federal Republic of Nigeria to make provisions for the creation of State Police as part of recommendations for the confab in the spirit of true federalism, little did many people know that there would be creation of a common security outfit in region even without the implementation of the confab recommendations.

At that particular time, the level of insecurity and criminal activities like kidnapping and robbery attacks by herdsmen as well as criminals on highways and on farms in the Southwest was not as high as what we have today.

When the leader of the Yoruba delegation on the conference, Chief Olu Falae from Ondo State, championed the need for State Police at the conference, he too never knew he would be a victim of the attacks by herdsmen, who could go to any length to fight anybody that disturbs their herds from grazing on any farmland.

Falae, a former Secretary to the Government of the Federation (SGF), was kidnapped on his farm located at Ilado in Akure North Local Government area of Ondo State, in September 2015 and kept in kidnappers den for six days before his release after the payment of ransom.
Prior to the attack on Falae and even after, several Nigerians of different standing had been attacked and kidnapped in the Southwest, only to be released after payment of ransom while the unlucky ones were killed by their abductors.
In addition, destruction of farm crops by cattle with its attendant economic consequences was no longer a newsworthy incident except, when it involves lives and maiming and which occurs in all parts of the Southwest.

The unabated criminal activities, which many people believed that the conventional police operations could no longer handle, made governors of the Southwest to think out of the box in finding solution to crime and criminalities in the geopolitical zone.
The need to ensure effectiveness of the efforts underscored the reason to make the effort a regional approach and which gave birth to a regional outfit known as Amotekun.

The creation of a common security initiative was arrived at after aggregation of different suggestions of previous security summits held by states in the Southwest at a central summit held at Ibadan, Oyo State, which is the political headquarters of the region.

However, seriousness and vigour with which the effort was pursued by governors of Ekiti, Oyo, Ondo, Ogun, Lagos and Osun states generated concerns among other geopolitical zones, particularly the North. It also forced some interest groups like the Myetti Allah to argue that the outfit was targeted at their cattle breeding trade in the Southwest.

The controversies generated by the formation of Amotekun, was strengthened by the federal government’s premature reaction declaring the outfit illegal through the office of Attorney General and Minister of Justice.

The declaration initially scared some governors, who nearly succumbed to the silence of their godfathers until they were feared up by the resilience of their counterparts particularly, the Ekiti State Governor and Chairman of Nigeria Governors Forum, Dr. Kayode Fayemi and his counterpart in Ondo State, Governor Oluwarotimi Akeredolu, who is also the Chairman of the Southwest Governors Forum.

The position by the federal government, however, sent the governors back to the drawing board, after meetings with representatives of the central government and the Inspector General of Police, which later resulted into making laws by the six states Houses of Assembly on the security initiative and other matters therein.

As at today, all the six states now have laws backing the establishment of Amotekun and its operations in their various states and even across states if occasions demand. Though each state has its own law on the security initiative and personnel, which makes it a state affair, the law in its provision is similar to each other in contents, expectations and deliverables.

It was gathered that each state of the Southwest made its own law, because regional government was no longer recognised by the Nigerian Constitution and which makes automatically makes what can be regarded as a single regional security outfit illegal.

However, events that led to the making of the law showed that the whole thing is one. In actual fact, the law was drafted by three states’ Attorneys General and deliberated upon and presented to their respective state governors, who later passed the same to their respective House of Assembly.

In addition, the process of passing the bill into law in all the states was the same just as the passage of the bill was done almost on the same day in many cases.

For the common features of the law and expected operations, many people believed that Amotekun is a regional security outfit located in six states of the Southwest for a common goal of collaborating with the existing security agencies to tackle insecurity in the geo political zone.
The regional outlook of Amotekun is ensconced in the provision, which allows for the sharing of intelligence among the corps and inter state border operations, whereby actions could be taken on cross border distress calls.

Delivering a lecture to commemorate the Third Anniversary of Governor Oluwatotimi Akeredolu of Ondo State, a Human Rights Lawyer and activist, Mr. Femi Falana, SAN, said Amotekun would operate as a regional outfit whether anybody likes it or not.

According to him, the federal government has said the governors should not make it a regional outfit but the operation may prove otherwise.
“Whatever that means I don’t know. But for me, if Amotekun is chasing criminals and they move to Osun State, all you have to do is to contact your people in Osun State to arrest them and send back here. So, it is going to be regional, whether anybody likes it or not,” he said.
Some people have therefore seen the realisation of Amotekun as a step towards the much sought after multi-level policing that is a major ingredient of true federalism.

A Pan-Yoruba Socio Political Group, Afenifere, contented that state police as contained in the recommendations of the 2014 National Conference waas the ultimate so that each state could have police to tackle their respective security challenges promptly.

With the signing of the law for the establishment of Amotekun by state assemblies, the stage is now set for the recruitment of personnel for the outfit by state governments.

It was gathered that each state would employ and deploy corps in accordance with her needs and peculiarities.

It is also expected that corps commanders in the six states would be meeting from time to time for exchange information about operations and collaboration when necessary.
Akeredolu has said for the umpteenth time that Amotekun was established to complement the efforts of existing security agencies and not as rival security outfit. 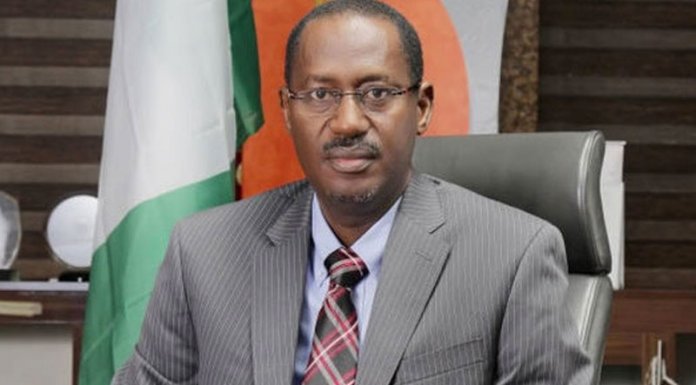