The North East Development Commission (NEDC) yesterday advised the Nigeria Armed Forces to review and renew their strategies to end the activities of Boko Haram and its splinter group, Islamic State in West Africa Province in the Northeast.

NEDC, with mission to lead the reconstruction and development of six Northeast states devastated by Islamic insurgents lamented the scale of destruction wrecked on Garkida, a town in Gombi Local Government Area, Adamawa State recently attacked by terrorists.

The Chairman of the NEDC, General Paul Tarfa gave the advice in Yola, the Adamawa capital in an interview with THISDAY yesterday after assessing the level of destruction by Boko Haram in Garkida recently.
Alongside the chairman, Managing Director of the NEDC, Alhaji Mohammad Alkali and the Chairman of Gombi Local Government Area, Mr. Dimas Chikel, among others, were parts of NEDC’s assessment team.

The Northeast has been the centre of terrorist operations since 2009 with no fewer than 27,000 killed, some two million people displaced and communities destroyed in Adamawa, Bauchi, Borno, Gombe, Taraba and Yobe States.

Consequently, the NEDC was established in 2017 with mandate to receive and manage funds from allocation from the Federal Account and international donors for the settlement, rehabilitation and reconstruction of roads, houses and business premises of victims of insurgency as well as tackling poverty, illiteracy and ecological problems.

During the assessment of attacks on Garkida yesterday, the chairman of the commission described the level of destruction the Boko Haram Insurgents wrecked on the Northeast, especially the recent attack on Garkida town in Gombi Local Government Area, Adamawa State as very bad.
With the kind of calibre of people working for the NEDC, however, Tarfa assured the governments and people of the Northeast states that the commission was well-prepared for the task for which it was established.

He explained that he led an assessment team of NEDC to Garkida himself to ascertain the level of damage caused by the attack on Garkida, thereby reiterating the commission’s commitment to the conflict-ravaged zone.

He said that the Governor of Adamawa State, Alhaji Umaru Fintiri had furnished the commission with the number of casualties.
He noted that the management of the NEDC would plan how to rebuild and continue to provide more palliatives and support for the affected victims of the attack in Garkida and other affected places in the Northeast.

He lamented that government institutions and individual houses including churches and business places were burnt completely, adding that the activities of Boko Haram had paralysed businesses activities in Garkida and its localities.

Tarfa, who is an indigene of Garkida, said the insurgents carted away scanning machines and drugs from the stores of the General Hospital and burnt down the hospital vehicles, disclosing that his own house was affected.

With the recent attacks on Garkida, Tarfa revealed that NEDC ”is already talking to top military hierarchy to beef up security and renew strategies in their operations to bring to the end insurgency in the Northeast.”

NEDC’s helmsman, however, observed that just because the insurgents came to Garkida and wrecked havoc did not suggest that they had become stronger.
He explained that NEDC team was in Garkida to ascertain the level of damage to enable the commission plan on how best to assist individuals affected and rebuild government institutions razed down by the insurgents.

“I just hope that this attack will be a blessing in disguise. When something happens the people will always rise up to it. When you come here next year, you will see better structures because of the resilience of the people.

Alkali, who was part of the assessment team, said the commission also distributed relief materials as a palliative measure to cushion the effects of the attack on the community.

The council chairman thanked President Buhari and NEDC for the relief materials, promising that they would be distributed judiciously to the victims. 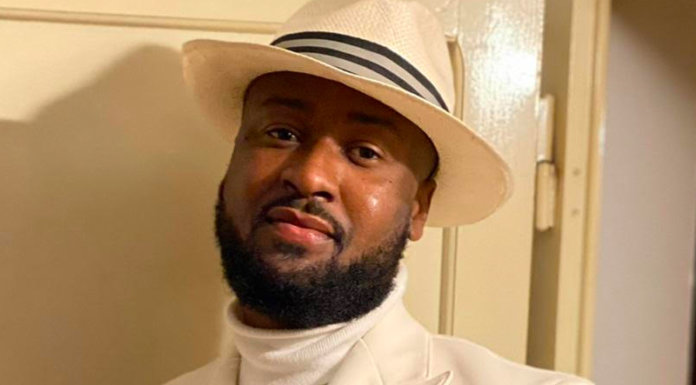 Nigeria’s Peculiar Federalism is a Challenge to Good Governance