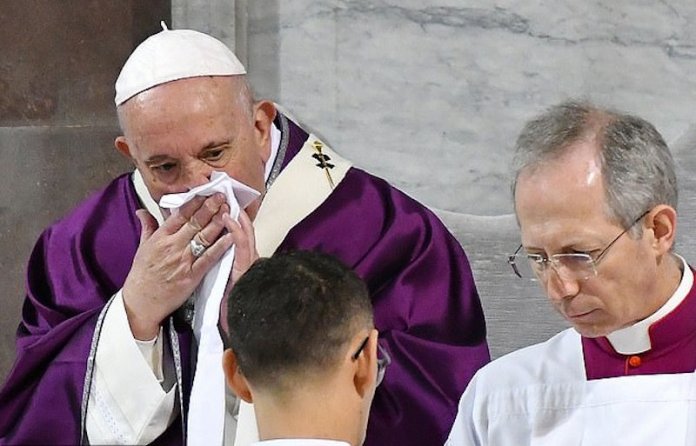 Pope Francis has cancelled his main public appearances to avoid crowds gathering to see him and will stream them on the internet from inside the Vatican because of the coronavirus outbreak in Italy.

They will be held without general public participation from inside the Vatican.

The 83-year-old pope cancelled a Lent retreat for the first time in his papacy, but the Vatican has said he is suffering only from a cold that is “without symptoms related to other pathologies”. (Aljazeera)