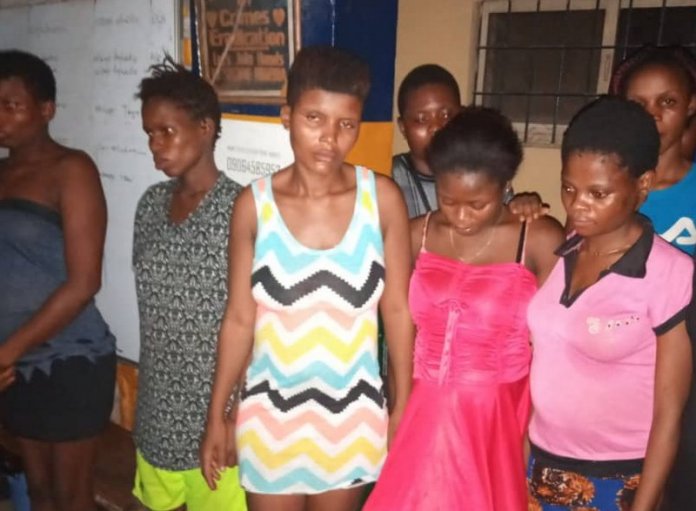 The Ogun State Police Command may have begun a mass arrest of some highly placed persons in the society, said to be regular buyers of newly born babies at a ‘baby factory’ located in Imedu Olori area of Mowe in Obafemi Owode Local Government Area of the state.

A top source at the Command disclosed to THISDAY yesterday that no fewer than 10 persons are currently being interrogated in connection with the crime.

The police source, who craved anonymity, said, “Some of the people that the wind of investigation is blowing toward their direction include some ritualists and herbalists who have clients among some rich people in the society.

“For this class of people, some of whom are currently being detained, any baby bought is usually doomed to die as they would be used for money rituals.

“The second category, are people in need of babies to adopt, and we have decided not to detain these people but prod them to go through due process by taking the illegally adopted children to the Ministry of Social Welfare in Ogun State; to review the state of the adoption.

“Under this circumstance, the mothers of the snatched babies must be carried along.”

The source added that the identities of some men being hired to impregnate the female inmates of the dungeon are already trickling in.

The illegal baby factory was uncovered by the police last weekend, when one of the inmates who escaped from the home reported at the Mowe Police Station that she was lured into the home and held captive for months.

A statement by the Public Relations Officer (PPRO), Abimbola Oyeyemi, a Deputy Superintendent of Police, quoted the escapee as saying that the owner of the home, one Florence Ogbonna, who allegedly lured her into the place, usually contract some able-body men to sleep with them and impregnate them.

Immediately any of them gave birth to a baby, such baby will be taken away by the said Florence, “to only God knows where.”

Following her report, the Divisional Police Officer in charge of the Mowe Division, Marvis Jayeola, a Superintendent of Police, mobilised detectives to the scene, where 12 ladies between the ages of 20 and 25 years were rescued, with six of them heavily pregnant.

Meanwhile, the Ogun State Commissioner of Police, Kenneth Ebrimson, has ordered the immediate transfer of the suspects to the anti-human trafficking and child labour unit of the State Criminal Investigation and Intelligence Department, for discreet investigations.

He equally directed that the victims be kept in safe and protective custody, pending when they will be re-united with their respective families.