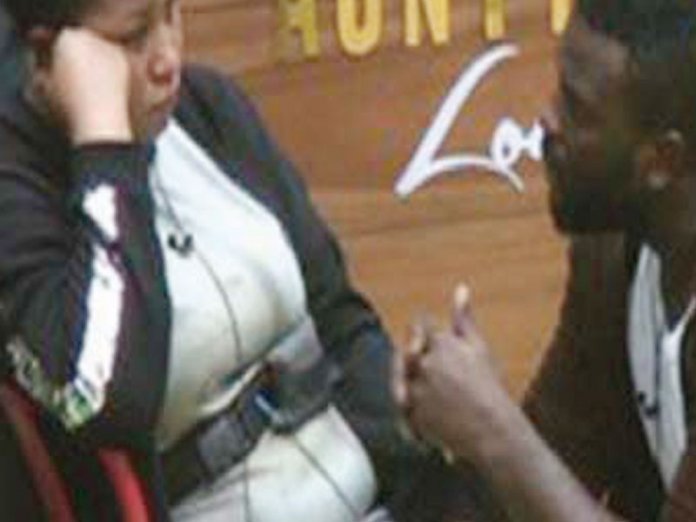 The couple barely made it through last week, coming fourth in the vote rankings. Their survival last week surprised fans as many didn’t see MiCherry leaving the game.

Michael and Cherry became the first couple to check out of the game last week with a portmanteau of N350,000.

On Twitter, fans expressed their disappointment on the outcome but wished the evictees luck in their relationship. The love guests too were also shaken by the news. Presh Talker who was also nominated last week claimed that MiCherry was whispered in her ears constantly on the morning of the eviction. That, she said was a revelation which she didn’t pay attention to.

The love guests seemed to be managing their emotions after nominations. Unlike previous week where they expressed their feelings aggressively, last Sunday proved they had imbibed the spirit of sportsmanship. Although, Louis seemed to play the game according to who nominated him. For instance, last week Louis and his partner Jenny Koko nominated ObiEbi and MiCherry. This week, the nominated ObiEbi and Roksie because he felt they were forming a cabal. A happy Sylvia didn’t care what anybody thinks about their nominations. She and her partner Chiddy nominated JayKech and DoubleChris.

ObiEbi again found themselves on the nomination block. The couple alongside Jeriton and Chivia are becoming the most nominated couples in the game.

Since they became a couple, Obichukwu and Ebiteinye have been adjudged the comedians in the house. The comical way they relate to each other amuse as well as annoy others. Some love guests see their behaviour as too juvenile.

As Sunday beckons, ObiEbi will find out if they had really ran out of luck. Despite partaking in the Monday Mission this week with JayKech, they were unsaved by Aunty. With Iykeresa, PreshDavid free from nominations this week, ObiEbi will need a miracle to beat Roksie, Bolar, Jeriton, Chivia, DoubleChris and Jelo to stay in the game.