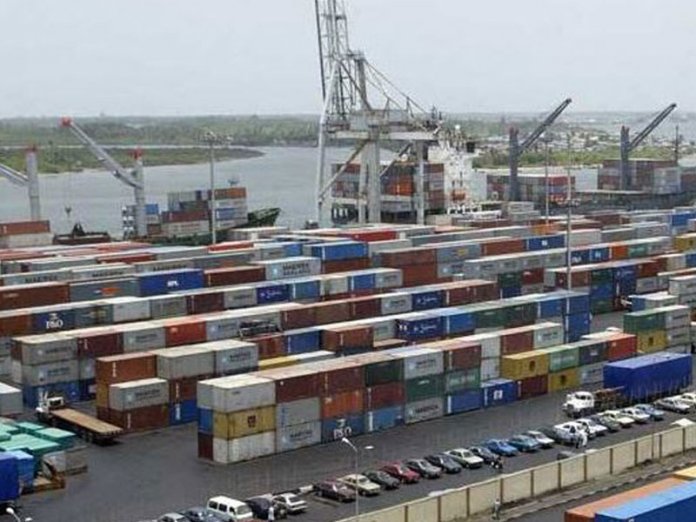 Eromosele Abiodun writes that with 12 tank farms holding a storage capacity of about 600, 000, 000 litres of petroleum products and additional development that will see a growth of 30 per cent, Ijegun Port City may be the final solution to Apapa Port congestion

It is a fact that Lagos state is the gateway to Nigeria’s economy due to its geographical location to the Atlantic Ocean. Also, the state is blessed with four major seaports namely: the Lagos Ports Complex (Apapa-Wharf), Container Terminal, Tin Can Island Port as well as the RORO Port plus more than 10 different jetties such as the Ibru Petty, Petroleum Wharf Jetty; Waziri Jetty, Folawuyo Jetty. The seaports remain the main pillar and the determinant of the Nigerian growth of the economy because they remain the largest generator of revenue to the country after petroleum. As a matter of fact, there is no a single home in Nigeria that has no products directly or indirectly related to the ports. Interestingly, all these four seaports and most of the jetties are located within Apapa Local Government Area. As a result, Apapa is now home to congestion, bad road, broken down trucks, container accidents and incessant pollution and flooding. The truck tankers related problems are generated through the distribution of refined petroleum products into the country. This happens in the process of loading of these petroleum products from the tank farms located within the Apapa area. The situation in Apapa is worsened by lack of truck holding bays or garages to contain all the trucks & tankers coming in to Apapa to load these products.

Due to absence of holding bays, many of these trucks and tankers end up using the main roads as their trailer parks when loadings are not done in the ports or jetties. Also, they queue while waiting for their turns to load the products. Experts and stakeholders have had series of meetings and brainstorming sessions in order to find lasting solutions to these issues without getting any fruitful results.

Ijegun Port
However, what many do not know is the emerging port city in Ijegun, Badagry developed solely by private investors with the aim of solving the Apapa conundrum. Developed by Westron Properties, the port currently houses about 60 per cent of Nigeria’ s petroleum products. It is projected that additional development in the area will see a further growth of 30 per cent in this new city.

Also, the establishment of Ijegun port city has brought rapid development and increased the overall storage capacity for petroleum products, thus reducing the shortage of the products in the country.

Founder and Chief Executive Officer of Westron Properties Nigeria Limited, George Igboegwu said the Ijegun port city was developed by Westron Properties, an engineering and maritime investment company, with the aim of bridging the gap in the demand for port facilities, reduce the congestion in Apapa ports.
Igboegwu said the emerging port city of Ijegun is a private initiative borne out of necessity.

“Our company was involved in industrial fishing and became caught up with delays at Apapa port together with the traffic gridlock along the axis. Our fishing trawlers could not find not find adequate b birthing facilities in Lagos-the main market for their products.”
“While searching for solution to the problem, we stumbled on the calm waters and natural harbor of Ijegun and we decided to explore the maritime potential with the active cooperation of government,” he said.

He said with greater corporation from the government, the port city, which currently absorbs 25 per cent of the 60 per cent of the nation’s petroleum products consign would absorb 50 per cent.

On why the company wants to expand the facility, he said: “The demand for port facilities in the ever-growing city of Lagos has seen an exponential growth in the last few years. The resultant effect is that even the addition of Tin Can Island port could still not meet this demand.
“This has led to the chaos Apapa has turned into, with the nation losing billions of naira on daily basis. Effort by the government to ease the pain of Apapa has not yielded the desired result.”

The Westron Properties chairman noted that the issue of requisite infrastructure for the new city had been a recurring problem over a long period.
Igboegun said various parties and companies with interest in the new city, mostly under the umbrella of the Ijegun Tank Farm Association, had over time, been making their individual contributions towards the development of infrastructure in Ijegun.

Speaking on why the company invested in the construction of the one-kilometer road and the bridge, he said: “The new bridge and road represent some of our contributions towards bridging this infrastructural gap in the new city. It is our hope that with the combined effort of both the private and public sectors, the city will see further growth, making significant contributions towards relieving the Apapa problem. It is projected that our present additional development in the area will see a further growth of 30 per cent in this new city. ”
He said the establishment of Ijegun port city had brought rapid development and increased the overall storage capacity for petroleum products, thus reducing the shortage of the products

He said about 60 per cent of Nigeria’ s petroleum products were housed in Ijegun, adding that there were currently 12 tank farms in Ijegun, holding a storage capacity of about 600, 000, 000 liters.

Obasa, ANLCA Hail Firm
As part of its effort to provide facilities for the community and the port city, the company constructed a one-kilometer road, bridge and water channel, which was inaugurated by the Speaker of the Lagos State House of Assembly, Mudashiru Obasa last week.
Speaking at the event, Obasa said resident of Ijegun port city and other eminent Nigerians applauded the management of Westron Properties for its commitment to corporate social responsibility (CSR), a development they stated should be emulated by other companies’ operation at various communities across the country.

Obasa, who was represented by a member representing Amuwo Odofin Constituency 11, Rauf Olawale, said as someone who is well familiar with the community, the projects were well thought out and in line with the agenda of the Lagos State Government.

According to him, “I know this place very well, the entire place was a swamp. To develop this swamp into a modern port city is highly commendable. Nothing can exist in a vacuum, as far back as 1993, nothing was on ground here but today, we are all witnesses to this massive development. The Lagos State House of Assembly is behind you and will continue to support you. We appreciate your several CSR projects and urge other companies operating across Lagos state to emulate what you are doing.

“As you can all see, this company has done well for this community and we can only wish that they grow from strength to strength. We have a new administration in Lagos State but we understand that government is a continuum so we have to do our best to develop Lagos state. I can assure you that we are ready to take the state to the next level.”

On his part, President of the Association of Nigerian Licensed Customs Agents (ANCLA), Iju Tony Nwabunike applauded the initiative, stressing that the company’s effort will reduce the over dependence on Apapa ports.
He called on other companies to emulate Westron and invest in maritime facilities, which he said is required as the current facilities are hugely inadequate.

Specifically, he said: “We have all seen what Apapa has become. As customs agents we have done our best to draw attention to the plight of Nigeria Living and doing business in Apapa and we will not stop until the right thing is done. We are suffering in Apapa and a few people are charging us huge money to move in and out of the port. This is why I commend the Westron Properties family for taking the bull by the horn. You can only imagine the huge resource they have plunged into this place. A company that believes in Nigeria can only do this. These facilities will be used by all Nigerians from all ethnic groups and I think that is commendable.”

Earlier in his welcome address, Igboegwu said the emerging port city of Ijegun is a private sector initiative born out of necessity.
Lagos state, he added, has witnessed exponential growth in the last few years hence the need for more investment in port facilities to support existing ones.

He said the company invested in the sleepy town because of its desire to support the state government’s effort and drive to move the state forward.
“The governor of Lagos state, Mr BabajideSanwo-Olu visited this place last year and was highly impressed with what he saw that he described Ijegun in these word, “the operation of tank farms at Ijegun is a critical component of the nation’s development.”

“The governor assured the private sector investors of the commitment of his government to contribute towards the development of the area, providing the requisite infrastructure etc. Equally, the Nigerian National Petroleum (NNPC) Group Managing Director was twice in this location about three months ago and he noted the contribution being made, “he said.

Naturally, he said the issue of the requisite infrastructure for the new city has been a recurring problem over the period adding that various parties and companies with interest in the new city have overtime been making their individual contributions.