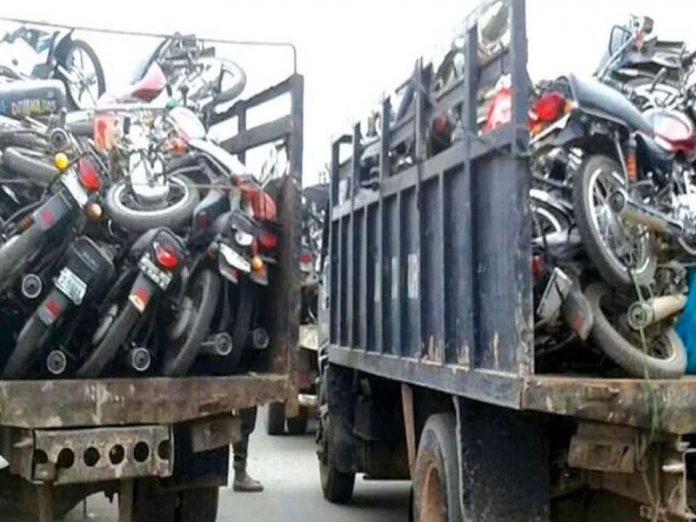 The chairman of Task-team, Ikharo Attah, who gave the statistics at a press briefing in Abuja, said 11 vehicles were impounded on Monday evening with another 22 on Tuesday morning.

At the briefing were the Special Assistant (Media) to the FCT Minister, Abubakar Sani, and the Deputy Director of Directorate of Road Traffic Services, Dele Yaro.

He added that the enforcement would begin on the Southern parkway linking the FCTA, Area 8 and the Goodluck Jonathan Expressway among others on March 9.

Yaro said no fewer than 300 persons had been arrested for offences ranging from answering or making phone calls while driving, to driving against the traffic. He said only 19 of them were discharged and acquitted.

He said five magistrates had been posted to the mobile courts for quick trial and judgement.

In his contribution, Sani said the FCTA was determined to make driving a pleasure and safe experience in Abuja.

“We would ensure that people communing in the city meet their appointments and get their job done,” he said.