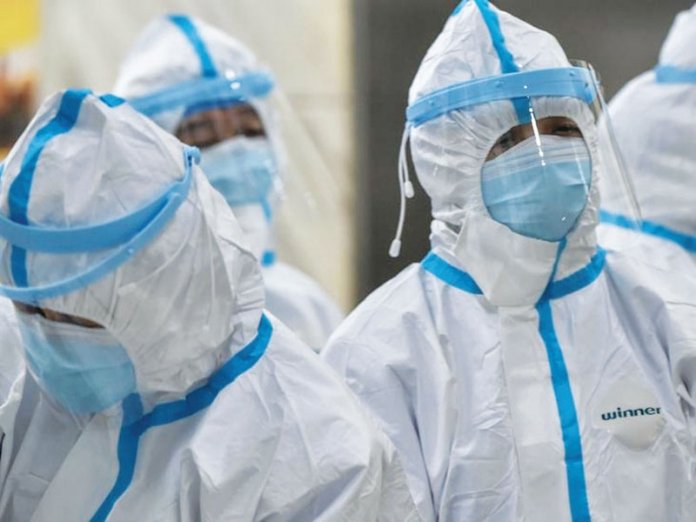 While the presence of Coronavirus in Nigeria has no doubt caused anxiety among Nigerians, the authorities say they are doing their best to ensure it doesn’t become a full-fledged epidemic. Should it snowball, does Nigeria have the capacity to manage and defeat it? Martins Ifijeh queries

It is no longer news that Nigeria has become one of the countries presently affected by the dreaded Coronavirus disease which started in Wuhan city in China since December 31, 2020, and has spread to at least 71 countries, with over 3100 persons killed so far and over 89, 000 infected across the globe.
By standard global health prediction, disease outbreaks are only 36 hours away from potentially entering any nation of the world irrespective of how farther apart the index country and the receiving nations are geographically placed. No thanks to technologies like aircrafts and drones.

It however took Nigeria 59 days to get its first confirmed case of the Coronavirus outbreak despite the country’s high trading partnership with China, the epicenter of the outbreak.

On specifics, Nigeria announced the presence of the outbreak in the country in the wee hours of last Friday, detailing how a 44-year-old Italian, who flew in from Milan via a Turkish Airline, tested positive to the virus after the company he had gone to in Ewekoro, Lafarge Africa, had immediately initiated a protocol for his sample testing following the signs he manifested.

Now that it is a dawned reality that the virus is already in the country, how prepared is Nigeria in managing its spread? Will it nip the virus in the bud better than it did during the Ebola outbreak in 2014 where the index case, Patrick Sawyer infected eight persons including Dr. Stella Amayo Adadevoh who ensured Sawyer never left the hospital despite his insistence?

The former Chairman, Senate Committee on Health, Senator Lanre Tejuoso told THISDAY that the authorities were so far doing very well in managing the virus, starting from when Lafarge Africa reached out to the government, and the proactive measures that followed.

When the Italian complained of symptoms, Lafarge had reached the government, who upon confirmation of his status quarantined him. So far, the government, with support from the company, has identified 39 contacts from Ewekoro, while several other have been identified in Lagos and placed under self-isolation in a bid to prevent the outbreak from snowballing. Should Lafarge not have immediately done the needful, the outbreak would have been a full-fledged one today.

What Next?
Should this outbreak, which has only been confirmed in one person in the country, snowball into a full-fledged outbreak, does the government have the capacity to curtail it? Does the country have what it takes to manage outbreaks of this magnitude as seen in China, Iran, South Korea Japan and in Italy?
While China has the second biggest economy globally, its healthcare facilities started shrinking within the first month of the Coronavirus outbreak in Wuhan city, with all health facilities in the city and Hubei province overloaded with patients infected by Coronavirus; a move that necessitated the country’s leader to order for the immediate building of emergency hospitals with thousands of beds.

Despite this move by the Chinese government, it again turned to stadia across several provinces and converted them to temporary hospitals where thousands of beds were laid side by side in a bid to have all patients access treatment.

Although China has the second biggest economy in the globe, it is still being overwhelmed by the Coronavirus outbreak; a situation that suggests the outbreak will be challenging for many developing countries to curtail if high priority is not given to strengthening health security.
Nigeria’s healthcare strength is nowhere near that of China, and other countries currently experiencing several bouts of the spread still complain of their healthcare resources depleted.

With this scenario, will the federal government, 36 state governments of the federation and private institutions priotise health security and disease preparedness to ensure the country collectively address the outbreak.

Although the Minister of Health, Dr. Osagie Ehanire and the Director General, Nigeria Centre for Disease Control (NCDC), Dr. Chikwe Ihekweazu have at different times mentioned that the government was more than ready to face Coronavirus outbreak, the reality on ground shows that national health security has not been funded the way it should.

Ihekweazu had told THISDAY that said: “Our primary challenge is that NCDC is still funded the same way all other agencies are funded. What we should advocate for is a special status enabling first line funding to ensure stability of funding with appropriate controls similar as for police.”
Ihekweazu recently told Channels Television that in the face of the Coronavirus outbreak, state governments should invest in health security, adding that the federal government cannot tackle issues around disease outbreaks alone. Ihekweazu said if we tackle disease outbreaks, especially Coronavirus, we will end up keeping the nation safe

“We commend the Minister of Health, Dr. Osagie Ehanire who has been very supportive, even with funds. We actually did needed little bit of extra funds to buy personal protective equipment, build capacity of our port services, and expansion of isolation centres.
“Nothing demonstrates our investment in health security more than this outbreak. The impact this will have on the economy of Nigeria is what we have been saying all along. The best time to prepare for war is not after it has started. We really need to invest in our health security. This is a marathon and not a sprint.
“We are grateful for resources available to us, but this is really a plea to state governments. Let this be the time we ask ourselves, how much are we investing in our health security. No better time to prepare for epidemic than now,” the DG said.

If this present outbreak in the country unfortunately snowballs into a full-fledged epidemic, the lean Nigerian health sector will bear the brunt of the spread, especially since the country has not enough facilities to carter for the myriads of healthcare challenges bedeviling millions of Nigerians presently, not to mention when there is an a disease epidemic.

But experts believed Nigeria can only be prepared for the next big outbreak, which perhaps is already in the country, through political will to prioritise resources for national health security.