‘Up Nepa!’ Those words seem to be one of the first that every kid learns to speak in Nigeria which ironically prides herself as the Giant of Africa.
Right from when I was born in the mid 1980’s, I doubt if I have experienced 24 hours of uninterrupted power supply in my ‘dear’ country.

The light situation is so terrible that many go for days, weeks, months and even years without it. The annoying thing is the bills brought by them at the end of the month which doesn’t reflect the usage by the consumers.

This makes the consumers reluctant to pay their bills and in some cases they are violent revolts against the officials of the discos by short- changed Nigerians. Over 52% percent of the around 10 million electricity users are not metered which makes it an uphill task for accurate billing based on the power used.

The Nigerian Electricity Regulatory Commission (NERC) gave the discos a deadline of April 30 to get all electricity users metered. If the discos failed to meet this deadline, the consumers will no longer pay the bills even as they still remain connected to the power grid.

Many cynics and pessimists take this recent NERC stance with a pinch of salt as this is not the first time they are making such a pronouncement.
According to a recent Nation newspaper’s editorial ‘In the transition period, the commission has put a cap on the amount that electricity consumers can be charged through estimated billing. Thus, customers now have … a tariff of N24 per hour, which comes to N1,872 per month. Those who consume less than 50Kw will be billed at N4 per Kw/hr and a maximum of N200 monthly’.

The discos have been operating for about five years since the privatization exercise that saw the unbundling of the defunct National Electricity Power Authority (NEPA). The issuance of prepaid metres to the final consumers was the heart of the privatization deal and consumers at that time were very excited that the era of outrageous billing will be history. Why then did the discos not live up to expectation? Why didn’t the NERC wield the big stick all these years? Why wait till now?

The discos in a self defence opined that the customers are partially subsidized as what they claim that the latter pay are not reflective of the true market situation. They also contend that most of the revenue that they get is ploughed back to the business and used to settle their dues to the regulator and that they are barely profitable.

These excuses are only normal because the entire system is highly dysfunctional. Weren’t they aware of the challenging business environment before they took the plunge to invest in the business? Did they think they were operating in a developed nation where the system worked? Their excuses are extremely hilarious to say the least.

The discos are currently clamouring fiercely for an increase in the cost of electricity tariff with effect from April this year. They contend that their services will be more efficient if the increase happens. The current chairman of the NERC, Prof James Momoh seemed to allay the fears of a possible increase when he said that an increase will only happen when there is a compromise among the stakeholders – government, discos and the consumers who in a normal situation are supposed to be Kings who can do no wrong.

The consumers have been shortchanged for far too long as it is high time the NERC came to the side of the people through pro active measures and not merely grandstanding. The NERC owe it as a duty to the consumers to protect the interests of the members of the public who are at the mercy of these sharks called the discos.

The increase in tariffs should be suspended until the services of the discos dramatically improve and prepaid metres reach the houses of all. We shouldn’t be paying for crappy services and the NERC as the government representative owes it as an obligation to the public to ensure that their interests are well protected.

It remains interesting the intrigues that will play itself out in the build up and after April 30 which is akin to a dooms day date. Will the NERC wield the big stick in the best interest of the public? Will it be just another empty threat? Will the consumers smile at last? 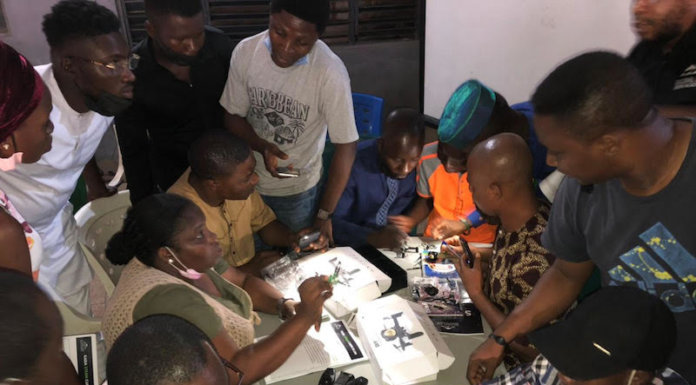