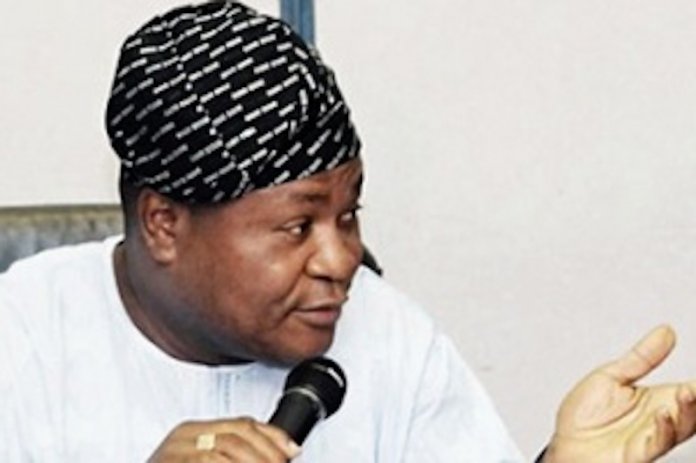 The report had alleged that a sum of N35 billion arms contracts were diverted out of which a contractor alleged he gave $240,000 to some senior state officials through a proxy.
However, in a statement in Abuja yesterday signed by Tunji Salawu, Kayode described the report as unfounded and false.

He said: “Our attention has been drawn to a publication in some newspapers in which a contractor was alleged to have given $240,000 to Mr. Mike Oghiadomhe Jnr. to give to his father and Prince Adetokunbo Kayode (SAN) in respect to a 2008 arms contract. There is no iota of truth in the said allegation. Punch did a lot of disservice to its self by not seeking reaction from Prince Kayode before going to press.

“It is on record that Mr. Oghiadome Jnr. has consistently refused any suggestion that he took any money from the contractor and that he never gave any money to Prince Kayode. Also, the mixed up in the narrative of the contractor is glaring.”

As a minister, Kayode said he had no hand in the processing of contracts, saying that was the turf of the Tenders Board, while approval was by the president.
According to the statement, “Prince Kayode was not the Defence Minister when the alleged contract was issued. Kayode was the 8th minister in 9 years between 2002 and 2011. He left office in 2011.

“It is expected that the media should have asked for his reaction before publication. This regrettably was not done. The public must discountenance this baseless allegation. Prince Kayode never collected any money from any contractor on any defence contract. Please keep him out of any smear campaign.”