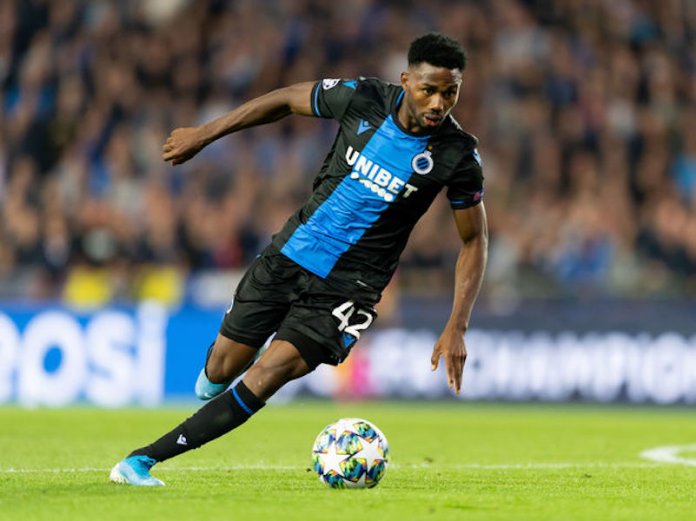 Dennis suffered an injury as Club Brugge defeated Sporting RSC Charleroi 1-0 in their latest Belgian First Division A match on Sunday, February 23 and was left out of the squad for tonight’s Europa League clash vs Manchester United.

The initial prognosis from Club Brugge’s medical team would see the striker sidelined for up to one month, which effectively rules him out of the back-to-back matches against the Leone Stars.

The Super Eagles will lock horns with Sierra Leone at the Stephen Keshi Stadium in Asaba on Friday, March 27, before traveling to Freetown for the second leg on March 31.

Apart from Dennis, manager Gernot Rohr is also sweating over the fitness of Racing Genk’s Paul Onuachu and SC Paderborn’s Jamilu Collins, who is suffering from exhaustion and was rested for his team’s last game at Bayern Munich.

On a positive note, Leicester City’s Wilfred Ndidi has resumed full training and the holding midfielder is expected to be included in the Super Eagles squad for next month’s games, barring a relapse.