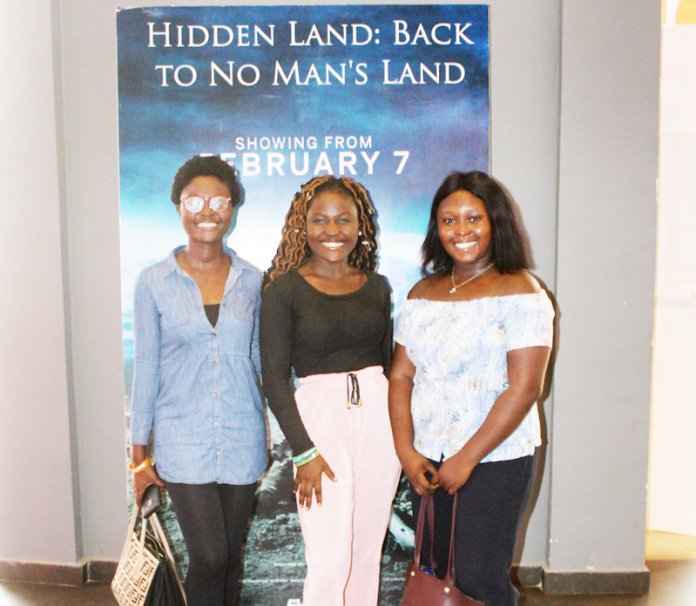 The movie, Hidden Land: Back to No Man’s Land, has been premiered at Viva Cinemas with Chinese culture and movie enthusiasts in attendance. The movie exploits the journey into the icy lands in China on a mission that takes several men and women facing different odds of nature, wild life and more. The movie was written and directed by Yu Cai and Co-Directed by Zijun Rao.

The documentary feature was shot in Purog Kangri glacier, Shuanghu, Nagqu, Tibet, all in China, with casts speaking in Mandarin and Tibetan. The Purog Kamgri glacier, which the film is centered on, is the third largest glacier in the world. And the search to climb the glacier was the sole purpose of the film which follows days into weeks of their journey through the icy lands where they were faced by extreme cold beyond the regular heights, wild beasts attempted attacks, wolfs lingering about.

Pneumonia hits a few of the explorers on their course which gave them a few setbacks and withdrawals. In all, the film took the job of sharing how the journey along these heights was faced, the purpose which remained their primary focus and how resilience pushed them beyond limits.

Fans of Ultimate Love, proudly Naija reality television show, can now get to watch a specially packaged highlights show of the programme on Saturdays on DStv and GOtv.

The one-hour highlights show will recap events that occurred in the Love Pad during the week for viewers, including general tasks such as the puzzles, Saturday cultural presentation, the nomination process, Friday night party, bonding activities by the couples, arguments and quarrels among the Love Guests- particularly that of the couples.

Also, brief clips of Aunty’s one-on-one sessions with the couples as she discovers how they are bonding and the real-world missions carried out by the nominated couples among others, will be a part of the highlights to be enjoyed by viewers.

Fans of the show will find out which of the love guests will emerge as the ultimate couple and claim the grand prize totalling N5 million, a lavish traditional wedding and a dream house, only by staying tuned to DStv channel 198 and GOtv channel 29.