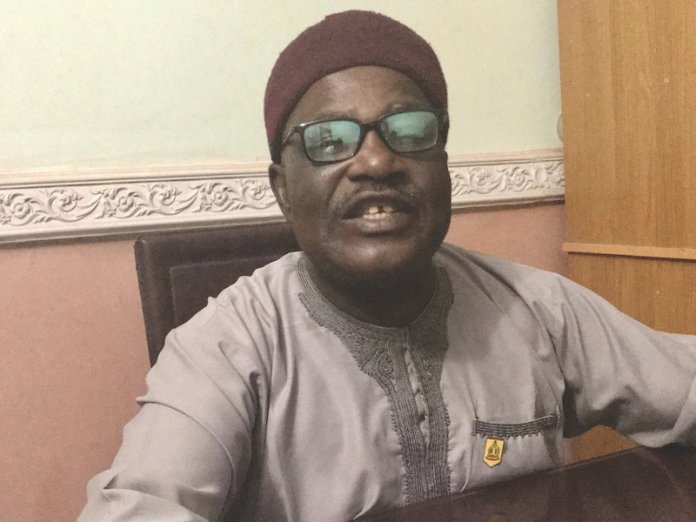 Col. Gabun Dogo (rtd), was commanding officer in the Economic Community of West African States Monitoring Group (ECOMOG), during the Liberian Civil War. He was also a commander in the Operation Restore Hope in the Niger Delta. In this interview with John Shiklam, he spoke on security challenges facing the country, service chiefs and the establishment of regional security outfit by the southwest states

You were a commanding officer in ECOMOG during the Liberian war, you were also a commanded troops in Operation Restore Hope in the Niger Delta region. How do you see this unending war against Boko Haram?

It is very unfortunate that the Boko Haram insurgency has not been exterminated. It is surprising that the insurgents have been operating in the country for over ten years and we have not been able to contain them. They say the insurgents are in Sambisa forest, how large is this Sambisa forest that the Nigerian army cannot uproot them? We have seen forests, where we operated in South East Liberia during ECOMOG, we were able to stop the war in Liberia. Today Liberia is peaceful. We had the arms and ammunition to that. But in Nigeria, insurgents are trying to hold a section of the country into hostage. Why have they not been completely uprooted? I acknowledge the fact that the military and other security agencies have done very well to address, but they need to do more.

The entire country has been invaded by criminals. Besides the deadly activities of Boko Haram in the northeast, almost now and then, you hear stories of bandits invading communities and abducting people in their homes and on the highways. The country is under siege and those in authority must really sit up before things get out of hand.

There is need to adopt new security strategies since the current approach does not seem to be yielding the desired results.

The war against Boko Haram is not a conventional war; it is asymmetry warfare where you live with the enemy. He knows your activities. He knows your movements in an out. Our military personnel are well trained and they have the capacity to flush out the terrorists. Our deployment of troops should be strategic or do we just drop troops in places and ask them to be there without backup?

Insurgents and other criminal elements smuggle sophisticated arms into the country, how do you think this could be addressed?

Our borders had been very porous. I don’t know whether the border closure has helped in checkmating smuggling of arms into the country. However, there is need for cooperation and synergy among our security agencies. The Nigerian Immigration, the Nigerian Custom Service and other relevant agencies should be properly funded and empowered to effectively check the activities of those smuggling arms into the country. We cannot rule out corrupt and unpatriotic elements in the security system, who connives with these criminals to bring weapons into the country.

Such elements must be flushed out of the system. We must also invest in technology to fight crime. But essentially there must be a synergy between all security agencies to secure the country.

Recently, the Northern Elders Forum (NEF), led by Prof. Ango Abdullahi declared that President Muhammadu Buhari has failed Nigerians, especially, in tackling the security challenges. What is your take?

I belong to the group of Nigerians who feel Buhari has failed the country. He promised to tackle insecurity, and corruption among others, but nothing much has changed since he assumed power about five years ago. I read the statement by NEF and somebody came to abuse them because they spoke the truth. Prof. Ango Abdullahi spoke the truth. The President has refused to retire the service chiefs despite the fact that they have reached retirement age and despite the fact that they seemed to have exhausted their ideas in fighting the Boko Haram insurgents. There are terms and condition of service in the military. Why are the service chiefs still there after reaching their point of retirement? The killings have continued under their watch, so why still keep them?

The refusal of the President to retire the service chiefs is wasting talents in the military. The implication is that hundreds of officers will retire when at the end of the day their juniors would be appointed service chiefs and commanders.

Agreed that the rising insecurity is very disturbing, but in my opinion, there is no need for that. This will not help the country. It will polarise the country along ethnic and regional lines. If each region is coming up with its security outfit, it means the state has failed.

And if the state has failed, I think there are better ways of addressing the situation rather than setting up regional security outfits. I understand the challenges we are going through, I agree that the federal government and the security agencies have not done much to demonstrate that they are on top of the security situation, but for me regional security is not the solution. How will they operate such outfits? How will Amotekun confront bandits who carry sophisticated arms? Will Amotekun carry guns?

Far back when I was in service, there was this notion of a second army for Nigeria, not one army as we have now. We should have two chiefs of army staff. Why shouldn’t there be a second army instead of allowing states to form vigilante groups? There is also this move for community policing, why shouldn’t the government recruit people so that there is enough security personnel to protect Nigerians. Let there be two armies in Nigeria, let there be more recruitment in the police. If we are not doing the right thing, let us do the right thing.

The police have the capacity to handle security issues given funding and proper training and discipline. To me, those setting up regional security outfit are not doing it in good faith. I suspect ulterior motive. I hope that at the end of the day it will not transmute to regional army.

Security agencies have their own challenges of funding. There are also stories of outdated equipment.

There were stories that a billion U.S dollars was given for procurement of equipment. If that is true, we are supposed to have the state of the art security equipment.

Politicians are also being accused of contributing to insecurity. They allegedly arm jobless youths during elections after which these youths turned to crime.

I agree with you. During elections, politicians recruit jobless youths and provide them with drugs and arms to harass and attack their political opponents. After the elections, they become criminals, drug addicts and cultists. They become a threat to the community as they indulge in all forms of criminality. Out politicians play primitive politics. It is very unfortunate and unpatriotic. Politicians must stop this in the best interest of the people and the nation.