The declining economic fortune of the nation and dwindling resources from the oil sector has taught the discerning chief executives of many states a good lesson. Every state of the federation is now compelled to look inwards and strengthen their local economies by fortifying and expanding the scope of economic benefits where they are identified as having comparative advantage.

Dissecting the atmospheric and edaphic nature of Ekiti, it has unquantifiable comparative benefit in agriculture. Fortunately, Governor Kayode Fayemi came with a glowing vision that would develop a unique brand for Ekiti in agriculture, for state’s economic breakthrough and for the lifting of individual farmers.

As was visible in his first term, between 2010 and 2014, Fayemi instituted some agricultural policies that changed the face of the sector. The Youth in Commercial Agriculture (YCAD), the cocoa and cassava revolution policy that was supported by the Agriculture Development Bank (ADB) and the subsidized agriculture implements were some of the areas where farmers enjoyed benefits that really improved the Gross Domestic Product (GDP) of the state.

Fayemi could fathom the fact that Ekiti does not enjoy the cosmopolitan effect of a blossoming population and thick industrial hub like Lagos and is also landlocked with heavy reliance on agricultural produce like; cocoa, oil palm, kola nut, plantain, banana, cashew, water melon, citrus, timber, rice, yam, cassava, cocoyam, maize, cowpea. Having realized this, the governor decided to develop a brand around those areas where all the strata of the society could benefit through partnership with the corporate bodies, civil society organisations and other interested states of the federation.

Looking at the possibilities of Ekiti production capacity, there is no crop that has brought so much fame to Ekiti like the Igbemo Rice brand. The existence of Igbemo predates the country’s amalgamation of 1914. For donkey years, its production by local farmers at subsistence level had no value added to give it better packaging despite being identified as uniquely nutritious and delicious.

The state government, however, understood that the huge capacity that could have accrued to the state was being hampered by poor credit facilities for farmers and lack of modern equipment. The government decided to bring to the fore a modern innovation that can break this barrier, reposition the Igbemo and make it the mainstay of the economy.

Many Nigerians are aware of the huge gains being savoured by Lagos and Kebbi States with their Investments in the production of LAKE Rice. The Ebonyi state economy has also been strengthened with the remodeling and repackaging of Abakaliki Rice among other brands being promoted by corporate organisations and individuals.

To achieve this task, the governor has taken advantage of the veritable window in the partial closure of land borders by the Federal Government which has curbed rice smuggling into the country to a large extent. Local farmers now have opportunities to boost their economies and make gains out of this opportunity.

Igbemo Rice may soon be accorded national recognition as the story is about to change with the giant leap being made by a civil society organization, the New Initiative for Social Development (NISD) to attract huge investment from the government of Japan to boost the capacity of local rice farmers in Ekiti State.

The NISD has entered into a pact with the Embassy of Japan in Nigeria to provide farmers in Ekiti State with modern equipment to boost rice production and make the state one of the leading rice producers in Nigeria.

The organization was presented with a cheque of $148, 209 by the Ambassador of Japan to the Federal Republic of Nigeria, Mr. Kikuta Yutaka.

The Japanese government through its Embassy in Nigeria is investing in the provision of power tillers and combined harvesters for rice farmers in Gbonyin Local Government Area of the state.

The grant which was facilitated by NISD is already causing excitement and a sense of fulfillment in the Ekiti State government and the local farmers to benefit from the project.

There was excitement on February 20, 2020 when the contract was signed at the Embassy of Japan in Abuja in the presence of officials of NISD, Ekiti State Government and Japanese diplomats.

The Ekiti State Government was represented by the Commissioner, Ministry of Agriculture, Mr. Folorunso Olabode; Special Adviser to the Governor on Development Partnerships, Mrs. Margaret Fagboyo and Special Assistant to the Governor on Civil Society Matters, Mr. Biodun Oyeleye.

According to the contract documents seen by our reporter, the donor (Government of Japan) will make available to the recipient (NISD) the grant of $148, 209 or its local currency equivalent as of the date of disbursement by March 31, 2020.The project initiated by NISD in Ekiti will be implemented in collaboration with Toyota Tsusho Corporation which will provide agricultural equipment from Yanmar Co., Ltd. and Mitsubishi Mahindra Agricultural Machinery Co. Ltd. to the farmers in Ekiti State.

Ogunlade promised that the grant would be properly and exclusively used for the purchase of products and services necessary for the execution of the project as stated in the agreement.

The NISD chief promised transparency in the disbursement of the funds as the agency would not use products and services purchased with the grant for anything other than the execution of the project, without acquiring prior written approval from the donor.

Ogunlade explained that the report would outline achieved results in the light of the original goals and objectives as stated in the application proposal for the project which was expected to include accounting report of the allocation and disbursement of the grant.

He pointed out that the provision of the facilities would boost the capacity of rice farmers in the targeted area and ensure that the staple food is made available in commercial quantity.

The Commissioner for Agriculture, Mr. Olabode, thanked the Japanese Embassy for investing in rice production in Ekiti State. He said Governor Fayemi appreciates the gesture.

The commissioner further promised that every equipment given to Ekiti State would be judiciously used and also gave assurance on their maintenance and sustainability.

The Special Assistant to Governor Fayemi on Civil Society, Mr. Oyeleye, said the state government’s investment drive has been yielding dividends which he noted would benefit the people and the economy.

Oyeleye said, “We really appreciate the Japanese government through their Embassy in Nigeria for supporting the civil society in Ekiti to bring development to Ekiti State.

“It’s a very great opportunity given to us by Japan for the civil society to contribute towards achieving the five pillars agenda of Mr. Governor and we are looking forward to such partnerships, this should not be a one-off.”

Ogunmodede said, “We have formed ourselves into cooperatives to be able to access loans and inputs and the provision of modern farming methods by the Japanese will help us realize our dreams.

“The rehabilitation of Egbe Dam by the Ekiti State government which will soon be completed is also a major boost for rice production.”

A member of Rice Growers Association in Ekiti State, Mr. Bode Lucas, urged the government of Japan and other development partners collaborating with the Ekiti State government to extend the gesture to rice farmers in other parts of the state.

Lucas said, “We appreciate what the government of Japan has done for our colleagues in Gbonyin but we have rice farmers in virtually all the local government areas in Ekiti State.

“Investment in rice production is capable of turning Ekiti State into a major rice producer that can rival Kebbi, Ebonyi and other states because what the farmers need here is support in the areas of credit facilities and state-of-the-art equipment.”

Many Nigerians are aware of the huge gains being savoured by Lagos and Kebbi States with their Investments in the production of LAKE Rice. The Ebonyi state economy has also been strengthened with the remodeling and repackaging of Abakaliki Rice among other brands being promoted by corporate organisations and individuals. To achieve this task, the governor has taken advantage of the veritable window in the partial closure of land borders by the Federal Government which has curbed rice smuggling into the country to a large extent. Local farmers now have opportunities to boost their economies and make gains out of this opportunity.

Igbemo Rice may soon be accorded national recognition as the story is about to change with the giant leap being made by a civil society organization, the New Initiative for Social Development (NISD) to attract huge investment from the government of Japan to boost the capacity of local rice farmers in Ekiti State 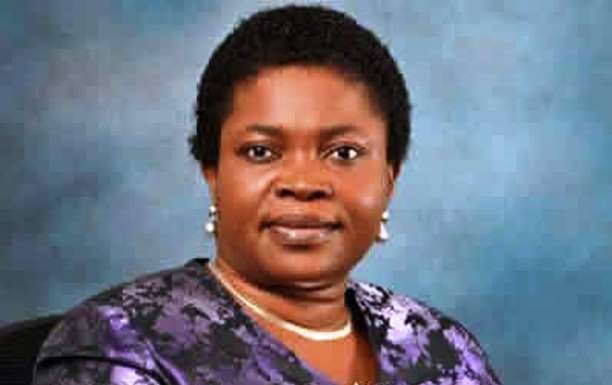