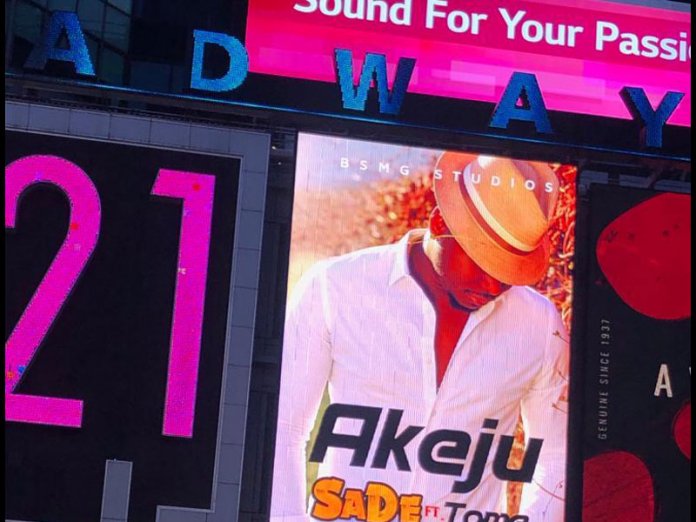 Latest single “Sade” by Nigerian-Ghanaian New York based artiste, Akeju featuring Tome has received widespread reviews since it’s release. The artwork for the hit song was recently featured on a billboard at the world famous Times Square in New York City, with over 400,00 daily international visitors and over 2 million viewers nationwide.

This indeed represent a great achievement for the Afrobeats artiste as he joins international A- list artistes to have a billboard in New York City Times Square.

The song which is currently trending globally and making shock waves in various homes in Africa was released on February 14, 2020 through his record label BSMG studio and produced by Mix master Garzy.

BSMG Studios is a multimedia agency focused on producing, marketing and distributing African and world music globally. Helping to promote artistes and producers focused on African music both traditional and afrobeats.