Following the expiration of 48-hour ultimatum issued to the Chairman of the Independent National Electoral Commission (INEC), Prof. Mahmood Yakubu, to rescind the deregistration of some of the political parties in the country, the Hope Democratic Party (HDP) has applied for a form 48 contempt of court order against the INEC chief.

HDP, in a statement by its National Publicity Secretary, Mallam Sanni Usman, said the process of committing the INEC chairman to prison for his overt and flagrant disobedience to subsisting enrolled judgement order of perpetual injunction against the commission to his full knowledge under the hand and seal of his Lordship AFA Ademola of the Federal High Court on October 20, 2014 in suit No. FHC/ABJ/CS/825/2012 in HDP vs the National Assembly and INEC has commenced.

HDP spokesperson added that judgement was given in favour of the said order of perpetual injunction not appealed against till date.

Accordingly, he said HDP filed form 48 as issued by the Federal High Court in Abuja dated 13/02/2020, which stated: “Take notice that unless you obey the direction contained in the judgement order to wit: that an order of perpetual injunction is hereby made restraining the defendants, their agents, servants, and or privies, howsoever from further acts, publications, or pronouncement, obstructions, de-registering, de-listing and or interfering with the operations and activities of the plaintiff (HDP) as a duly registered political party in Nigeria as provided by the constitution of Nigeria, you will be guilty of contempt of court and will be liable to be committed to prison.”

HDP alleged that “it is saddening that in the face of obvious and subsisting judgement order of perpetual injunction that INEC being a creation of the law, will allow Prof. Yakubu to engage in ill-advised, contemptuous February 6, 2020 press conference at which he announced and included HDP in list of the registered political parties without regards to the said court judgement and order of perpetual injunction there-from, obviously in his haste to cover up and divert misguided and unsuspecting Nigerians away from the well documented (locally and internationally) shameful 2019 electoral debacle and heist of unprecedented proportion, in place of expected apology to Nigerians, our regional and international partners.”

He further alleged that despite the deregistration of political parties that INEC is planning to register another 100 and engaged in such registration scam.

HDP said: “Our electoral and political management system has never been so abused and mismanaged in our political history, and which outcome and issues are still lingering in our courts in their numbers, and up to the ECOWAS court of justice, as an international court, where our party claim of winning unopposed the duly scheduled February 16, 2019 presidential election, in the face of INEC attempted disruptions passed off as postponement to deceive Nigerians and international observers on the very election day, and which issues have progressed from the Supreme Court to international court in our search of appropriate remedies to the violation of our party’s internationally protected rights to have our cause heard and equality before the law and claim of N800 billion against the Federal Republic of Nigeria.

“It must be noted that Prof. Yakubu’s press conference of 6/02/2020 is a sheer smoke screen, not worth the paper it is written on by its nature of contempt of court and libelous publication and attempt to arrogate to himself the role of the Court of Appeal and judge over his own case and in seeking to pre-empt the fourth alteration to the constitution (S.222(5) which makes it mandatory and imperative that elections down to the ward level in the entire federation must be held before engaging in any de-registration exercise for those it applies to.”

The party faulted the deregistration of the political parties, saying “as at today, nearly 30 states in the federation are yet to hold local government elections.”

“The present position of the law going by the said judgement in HDP vs National Assembly and INEC in 2014, besides the perpetual injunction as herein stated, the court held that any process of de-registration or exercise of power in that regards that violates laid down due processes or a party’s right to fair hearing as guaranteed under section 36 of the constitutions is invalid and void ab initio.

“Our great party is poised to see that INEC is purged of contempt, impunity and made to conform, observe and obey court orders and follow to the letters due process of the law establishing it and be sanctioned or punished appropriately as no one is above the law, as our desire and indeed all Nigerians is to see a more efficient and effective INEC to ensure a stable polity,” the party added. 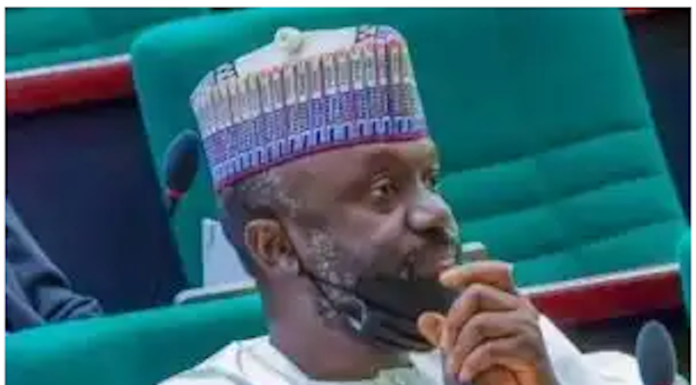