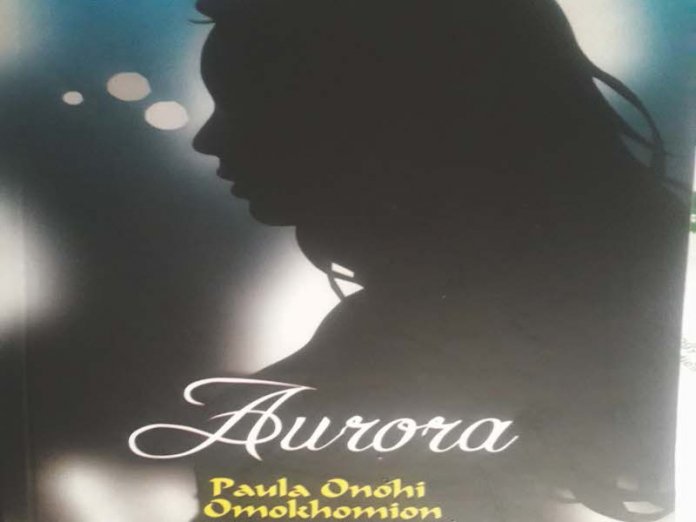 Aurora, a debut 296-paged novel was launched recently in Lagos by a 16-year old Paula Omokhomion at NECA building, Alausa Lagos to an audience made up of friends and family members. The book, published by Toleve Communications was completed during her final year at the Faith Academy shortly before her examinations. For her mother, it was a crucial time in her high school days which was why it was initially disturbing to her.

“When she was in S.S.S.2 at Faith Academy, a boarding school, I visited her,” her mother, Maureen Omokhomion recounted. “She handed over a manuscript to me. It was 80-leaves, four of these cellotaped into a piece. She asked me to help her publish it and that she would launch it when she is graduating from the school so that she could give her friends some copies before they’d go their separate ways. I was very angry at first. I told her to face her studies.”

At the period, Paula was preparing for the UME and needed more time for studying than writing. But unknown to her mother, writing had become a pastime and a vent to cool off the pressure of intense study hours. At the end of the day, she excelled at her exams.

“She was the best graduating student in her class, best in WAEC and UME. She got 11 out of 13 awards upon her graduation. She has written five books but has only been able to publish them,” the excited mother said to a cheering audience.

In writing this book, Paula defied conventional writing in style and structure. Set in 19th Century England, Paula relied on the power of her imagination to document a period that had only been captured in archival materials. In her speech, Paula expressed her gratitude for those who were present for the launch of her debut literary work.

“Aurora is a story of three women and the chain reaction of their terrible ordeal. It’s a lens through which we can see similar situations in life that can either make or mar us. Aurora is a Latin word which means ‘a new dawn’ or hope. All the characters are relatable and completely human. My favourite part of writing is the part of the couples and the banters of the household staff,” she said.

One of the reviewers and an avid reader, Martha Adejoh described the book as “a masterpiece for a first attempt.”

“Aurora is a story of a young girl who suffered abuse and hatred of her step-mother. She later found love in the arms of a young boy who was unjustly killed,” she revealed.

Another reviewer and journalist, Tony Okuyeme called Aurora a “riveting story” where in the author deploys narrative techniques that provide deeper meanings for the reader.

“The author builds this book from imagination fuelled by series of books she had read,” he said.

The young writer employed narrative techniques such as flashback, foreshadowing and multi-layered plot structure to tell a moving story.