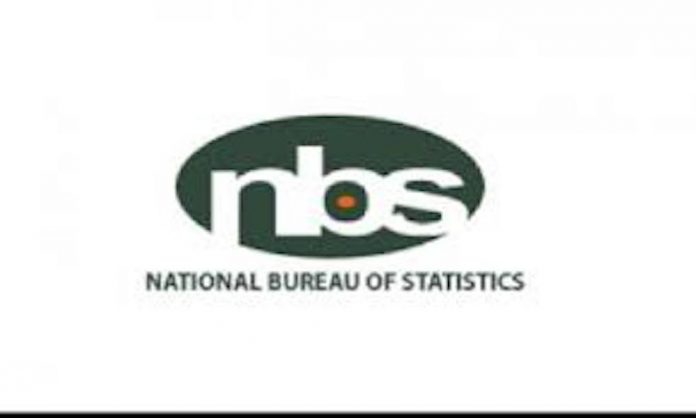 According to the National Bureau of Statistics (NBS) Adamawa State is among the top 10 states in Nigeria with least Internally Generated Revenue (IGR) in the third quarter of 2019. The state also recorded a decline of 47.04% in revenue generation with only N6.8bn generated. This is not good for an ‘aspiring’ state.

If no creative and feasible measures are taken, the state may not leapfrog its IGR, or would witness decline in local revenue generation

Adamawa is not alone. Most states in Nigeria are battling with dwindling federal allocations, poor innovations on internally generated revenue; bloated workforce and fraud-riddled workers’ payroll.

Generating substantial internal revenue is an important task and policy for any serious government. Thus, it is a critical situation that requires critical measure. The Adamawa State government should look at ways to generate revenue other than overly depending on the declining federal allocations. The easiest way is through massive IGR. But, once IGR is mentioned, we mostly cast our minds to the old methods of taxation, which unfortunately had histories of corruption and inefficiency, and thus most Nigerians are skeptical of the taxes and levies of many state administrations.

Adamawa State can generate new revenues and wealth through levies and taxations, but the government must move away from the ‘rocket-science’ approach to tax collection. We must admit that the state does not have flourishing economic activities that are profitable and easy to tax without upsetting common people.

Adamawa State should introduce a modified system of awarding ‘tax collection rights’ to investment firms. This should be modeled according to Adamawa’s economy, culture, needs and environment. The state can enter into agreement with a firm to give government monies in advance for taxes from a certain sector, while the firm would then subsequently collect the money by operating as a tax agent for the state, through the famous tax auction systems. For example, if it is projected that Adamawa’s revenues from taxes, buses and lorry services in a certain local council can generate one million naira a month, an innovative investment firm could agree to give a state government about N800,000 in advance. Then the firm will collect these taxes in the local council for that particular month. This type of arrangement can be implemented across sectors of the economy of Adamawa State using what operation researchers call the ‘reductionistic’ approach, whether monthly, quarterly or on yearly basis.

A good investment firm will make the tax collection efficient and fair by reaching agreements with tax payers on how to pay and enjoy the incentives around this too. This type of arrangement can assist the state to have tax efficiency and tax fairness, and the governments will relieve itself from the burden of tax collection and would have the needed revenues in advance (which could be up to a 10-year advance payment). It would also generate thousands of jobs, while government tax officers would be kept very busy in the area of regulations.

We must also remind ourselves that many of us including government officials misunderstood or rather misapply the use of consultants. The consultant’s major task is to support government with specific areas. Consultants are mainly catalysts for innovation and invention – they are simply the resource, and the facilitator in tax administration. The leadership and ownership of the process still remains the government officials.

Land use charges are important instrument in revenue generation for government. The Adamawa State government should cash-in in that area. The Fintiri government should entirely overhaul and simplify the land title registration, ownership of Certificates of Occupancy (C-of-O) and documentation of all land transactions. Adamawa Geographic Information System should also be resuscitated and introduce seamless payment process for the land use charge as well as eliminate all multiple taxations.

Apart from innovations in the collection of taxes, Adamawa State can look into leveraging on the assets it has. There are thousands of unserviceable vehicles, farm implements and many types of electrical equipment. Governments can make money by auctioning such items. Furthermore, Adamawa State has some under-utilized buildings – completed and uncompleted, fenced and unfenced plots of land (e.g. the liaison and guest houses in Abuja, Kaduna and Lagos). These assets are commercially viable. They can be leased or sold. Funds can be generated from these arrangements. In addition, the state can discuss with CBN and other financial hubs – there are billions of free monies there.