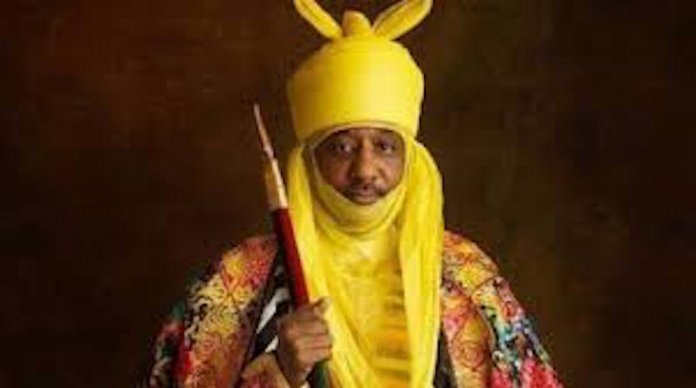 A Federal High Court in Kano, yesterday, set aside an interim investigation report of the Kano State Public Complaints and Anti-Corruption Commission (PCACC), which recommended the suspension of the Emir of Kano, Muhammadu Sanusi 11 from office, pending an investigation into alleged corruption, embezzlement and misappropriation against the monarch in the administration of the Kano Emirate Council.

Justice Obiorah Egwuatu, who delivered the ruling in a fundamental human rights suit instituted by the Emir, held that the failure to invite the monarch to defend himself against the allegations was a breach and an infringement on his right to fair hearing.

Sanusi, in the suit, filed on June 7, 2019, had sought the court’s declaration that the findings of the commission on the investigation of the Emirate’s finances without giving him fair hearing, was a breach of his fundamental human rights as contained in Section 36 of the Constitution, and therefore prayed the court for an order quashing the report.

In his ruling, the Judge dismissed the four grounds of preliminary objection file by the commission, insisting that fair hearing “is a fundamental right and conforms to the principles of natural Justice.”

The Court, also awarded N200,000 cost against the commission.

Counsel for the Commission, Professor Sylvester Shittu, SAN, declined to comment on the ruling.
The Kano State PCACC, had in June 3, last year said it uncovered over N3.4 billion allegedly misappropriated by the Emir Muhammadu Sanusi II-led Kano Emirate Council.

According to a prelimiary report of the investigation conducted by the commission and signed by its chairman, Muhuyi Magaji, the alleged amount was said to have been misappropriated between 2014 and 2017.

The interim report by the commission raised four cardinal issues bordering on indictments, amount involved, obstruction of investigation and recommendations.

It also indicated that the Kano Emirate Council had spent over N1.4 billion in various expenditures believed to be fraudulent and that they were not appropriated.

The report further accused the Emirate Council of spending over N1.9 billion on seemingly personal expenditures, making the total sum of the questionable amount.

The report said the expenditures contravened the provisions of section 120 of the 1999 constitution of the Federal Republic of Nigeria (as amended) and section 8 of the Kano Sate Emirate Council special fund law 2004.

Consequently, the Kano anti-corruption commission, in its interim report accused the Emir of squandering over N3.4 billion belonging to the Emirate Council and recommended his suspension.