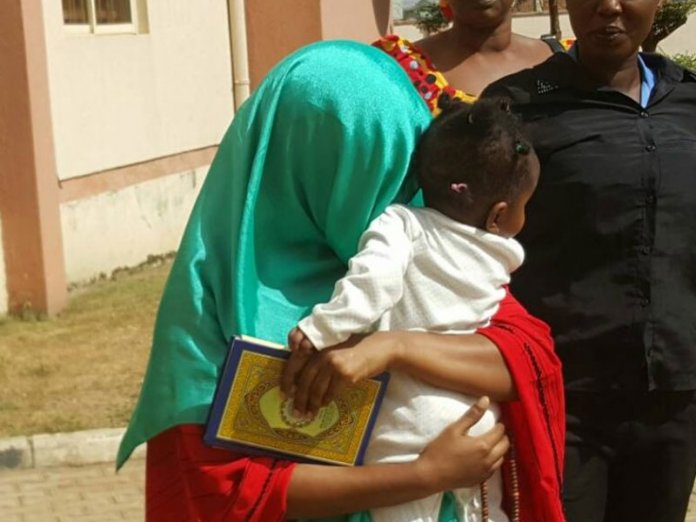 Convicted husband killer, Mrs. Maryam Sanda, has filed an application before the Court of Appeal to void the death sentence passed on her for the murder of her husband, Bilyaminu Bello.

Justice Yusuf Halilu of an Abuja High Court had last month condemned her to death by hanging having found her guilty of the death of her husband.
But she rejected the death sentence, saying the trial judge denied her right to fair hearing.

She claimed that the judgment was biased and prejudicial because it was based on circumstantial evidence despite the reasonable doubt that was created by evidence of witnesses, lack of confessional statement, absence of murder weapon, lack of corroboration of evidence by two or more witnesses and lack of autopsy report to determine the true cause of her husband’s death.

In the notice of appeal predicated on 20 grounds and filed by her legal team led by Mr. Rickey Tarfa (SAN), the appellant said the judgment of the trial court was completely “a miscarriage of justice.”

The appellant contended that the trial judge erred and misdirected himself by usurping the role of the police when he assumed the duty of an Investigating Police Officer (IPO) as contained in Page 76 of his judgment.

In the said page, Justice Halilu had said “I wish to state that I have a duty thrust upon me to investigate and discover what will satisfy the interest and demands of justice.”

The appellant submitted that the wrongful assumption of the role of an IPO made “the trial judge fail to restrict himself to the evidence adduced before the court” and instead went fishing for evidence outside those that were brought before the court.

She argued that “The trial court’s usurpation of the duty of the police by taking it upon itself to investigate and discover negatively coloured its assessment of the available evidence and resulted in it reaching an unjust decision contrary to the evidence before it.”

The appellant also argued that “the trial judge erred in law and misdirected himself on the facts when he applied the doctrine of last seen and held at pages 82 – 83 of his judgment that the appellant was the person last seen with the deceased and thus bears the full responsibility for the death of the deceased, and thereby occasioned a miscarriage of justice.

She added that Exhibit F, the statement of Sadiya Aminu, tendered before the trial court (who was initially charged as 4th defendant in the amended charge), also confirmed that the deceased was alive though injured when she saw him.

It was submitted that “the circumstantial evidence which the trial court relied upon in its application of the last seen doctrine does not lead to the conclusion that the defendant is responsible for the death of the deceased.”

Consequently, she prayed the appellate court to allow her appeal, set aside her conviction and sentence imposed by Justice Halilu and acquit her.