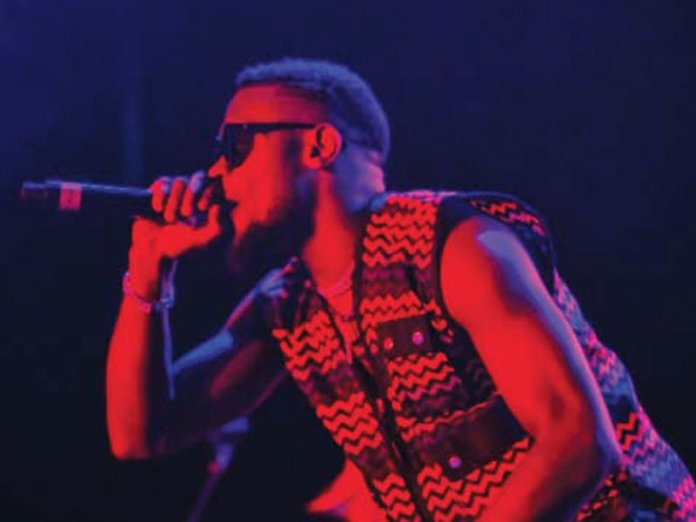 Legend Hotel was awake all night when the English football Legend Rio Ferdinand walked into the football arena created inside the hotel’s private jet hanger whichturned out to be a maze of creatively buzzing activities. From body arts to short film screenings, the evening was overloaded with fun fair as music greats such as crowd-pleasing Davido (Nigeria), melodious masters, Sauti Sol (Kenya) , reggae-ragga maestro Bebe Cool(Uganda), and electro pop singer Salatiel (Cameroon)showed their pitch skills outside the studio environment on January 31 in Lagos.

The much-trumpeted event threw the football and music fans into a frenzy as Rio blended with his African friends on the pitch even with the swagger of acentral referee.

The friendly rivalry was spurned into shared excitement for supporters of both Team Bold UTD and Team Gold Harps who defined the evening. The friendly face-off featured all the guest artists with Davido securing the loudest cheer for his otherwise moderate football skills.

The Pan African tournament finale climaxed in rousing, energetic performance from Davido with incredible turntable tricks from DJ Neptune on the wheels of steel sending fans of Guinness Night Football off with cheery moments with the ice-cold beer and finger foods.

Guinness Night Football, the bold and unconventional football with its music extravaganza, returns to football fans in 2021.