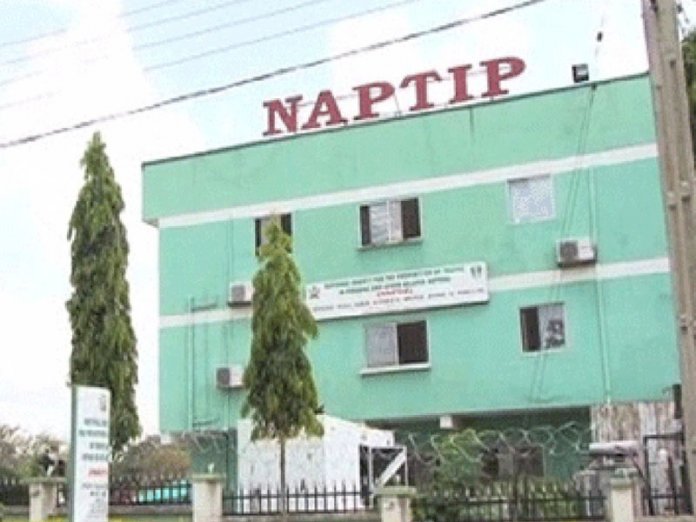 In the dark days of slavery, the Benin Kingdom was one of the few territories in the southern part of Nigeria where slavery did not thrive with the active collaboration of the locals, especially kings and chiefs. Instead, the kingdom was known for its stout refusal to participate in what was then the common practice of selling indigenes out to Europeans for the ultimate journey into slavery.

It should therefore be considered an irony of history that the two states that probably incorporated the Benin Kingdom of old – Edo and Delta states – are today arguably the headquarters of modern slavery in Nigeria, which is just but part of a global problem. Most media reports on Nigerian girls trafficked virtually on a daily basis out of the country with promises of lucrative jobs, who, but who end up parading the streets of major European cities as prostitutes or, at best, employed in menial jobs with little or no pay, indicate that many of them are from those two states.

Many of the girls who are regularly being brought back to the country from Libya are often from Edo and Delta states. This should be a matter for concern not just for the governments and stakeholders in those two states, but also for Nigerians as a whole. While victims of trafficking suffer the physical and psychological pain of being traded in the booming international slave market with dehumanising experiences that may include death, the exercise helps to paint a picture of the country in a manner that is anything but complimentary.

While it is true that many of the girls were trafficked out of the country and into prostitution, they were deceived into believing there were decent jobs awaiting them overseas, many of them got to Europe and ended up becoming commercial sex workers.

What is required is a more holistic approach to fighting the evil of human trafficking that targets young girls who are taken out of the country with promises of lucrative jobs abroad, which do not exist. There must be a collective resolve to send out a loud and clear message that girls are ‘Not for Sale’ in any guise.

This exercise would involve all stakeholders including parents, guardians, community and religious leaders, as well as other young women working hard at earning a living in various fields of endeavour.

There is no denying the fact that the economic situation in the country has driven many Nigerians up the wall, with some barely managing to make ends meet.
The situation has forced many young men and women to seek lives outside the country as better alternatives, apparently based on the mistaken belief that the grass is always greener on the other side.

However, despite the inclement economic weather in Nigeria, there are many reasons the country remains the better choice for young girls who are daily being deceived into believing there is paradise in Europe. Nothing compares with the freedom of moving about in your own country without any fear of molestation and discrimination on account of race, colour and gender.

The point must be made that the situation in the country does not in any way make young girl’s commodities for sale. That is the narrative the National Agency for the Prohibition of Trafficking in Persons (NAPTIP) is working to promote through the launch of the ‘Not for Sale’ campaign.
The campaign is aimed at inspiring and empowering young girls, especially in Edo and Delta, to achieve success in their communities without having to put their lives on the line to go abroad in search of better lives that do not exist. Stories of young girls from those two states who have succeeded in rising above their (sometimes unpleasant) circumstances through sheer determination, diligence, and hard work should be enough inspiration for others who may be dreaming of an Eldorado in Europe.

There are thousands of girls from Edo and Delta states resident within and outside those states, with so many in Lagos and other big cities like Port Harcourt, Abuja, Kaduna, Kano and virtually all over the country who have excelled in many worthy pursuits of career and entrepreneurship including hair dressing, tailoring/fashion design and catering.

They prove that girls from these parts of the country are no less enterprising than those from other regions. Their successes should thereby drive home the point that girls do not have to be sold as commodities to achieve any so‐called success.

This effort by NAPTIP aims to encouraging girls, particularly from the Edo and Delta states, to believe that if their kith and kin can ‘make it’ (the Nigerian parlance for succeeding) despite the economic hardship in the country, then there is no girl of adult age that cannot succeed in any decent and legitimate human undertaking of her choice.

NAPTIP (The National Agency for the Prohibition of Trafficking in Persons) launched a movement in Nigeria called Not for Sale, which aims to inspire, empower and enable young women in Edo and Delta states to build a successful future at home in Nigeria. Approximately 80 per cent of Nigerian women who take the dangerous journey overseas end up being trafficked and forced into prostitution.
Edo and Delta states are where most victims come from. We want to help women in those states to find success on their own terms, and not pay the terrible price paid by so many who looked for success abroad.

The campaign shares the stories of young women who have found success at home, promoting these across TV, cinema, radio, outdoor, Facebook, digital, events and PR

Eromosele, a lawyer, lives in Lagos