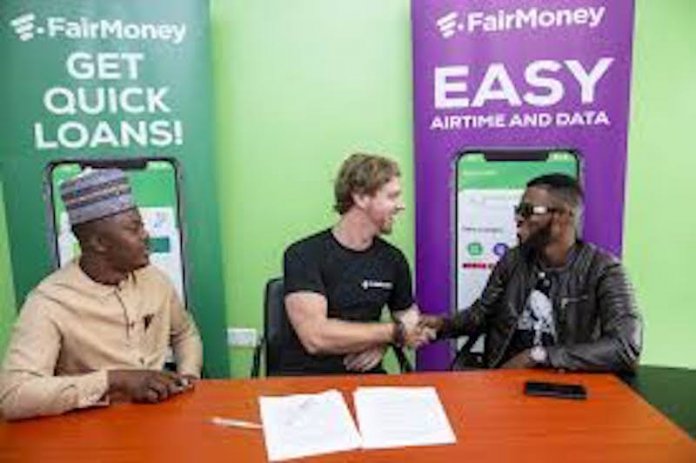 The deal is for an initial period of one year and would see Broda Shaggi collaborate with FairMoney to reach its grassroots audience.

The comedian who is also a singer and voiceover artist was said in a statement to have over three million followers on Instagram and came into the limelight for his humorous social media skits.

Last December, Broda Shaggi featured in FairMoney’s influencer marketing campaign dubbed, “The Friends Loan Test.” The reception the brand received from the association signalled that the comedian is a good fit.

In the statement, FairMoney’s Head of Direct Marketing, Seun Oratokhai, said both parties were pleased with the terms of the contract.

“Broda Shaggi was an obvious choice following the interaction with consumers during the “Friends Loan Test” and the “No Excuses” campaign which launched last year. Our consumers and target audience also connected with him immensely during our roadshows and activations,” Oratokhai said.

FairMoney offers individuals and small businesses loans from N1,500 to N150,000 through its free mobile app available in the Google Play Store for Android users. FairMoney customers can also use the app to pay for value-added services including airtime and data and pay-TV subscription renewals with no transaction fees.