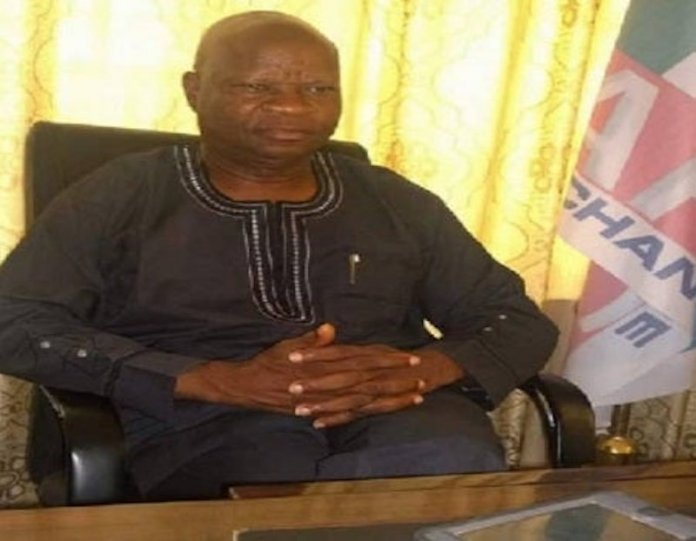 All Progressives Congress (APC) in Ekiti State chapter has advised members of the party not to allow those it described as “big spenders” from hijacking tickets during primaries at the expense of loyal  members.

The party advised members to always think about loyal and committed members for elective positions, rather than those who rely on vote buying to grab the tickets.

APC Ekiti State Chairman, Hon. Paul Omotoso, spoke at Ward 11 in Ado-Ekiti, yesterday during an empowerment programme organised by a chieftain of the party, Hon. Olakunle Ojo, to mark his 50th birthday .

The event, which was organised by Olakunle Ojo Foundation, saw 40 people, including widows and less privileged received cash gift to either start small scale businesses or pay their schools fees.

Omotoso, represented by his Deputy, Hon. Sola Elesin, described Ojo as a loyal and patriotic party man, who believed in the welfare of the party members.

“Though Hon. Ojo has not told us he will be contesting in future, he has been so loyal and patriotic. He has done so many empowerments for our people. Even those who are earning big salaries as appointees could not do this. Let us continue to support him.

“If someone is helping you this way, try and support him if he shows interest in politics. There shouldn’t be any reason for people to be demanding money from such people at primary. Don’t waste your votes or accommodate vote buyers. APC tickets are not for big spenders.

“We are going to reward loyal members. Our party will continue to reward those who are loyal like Olakunle Ojo. During primaries, don’t allow anybody to bamboozle you with money, stand by those who have been with you and taking care of the party. This is the beauty of democracy and what can make people to do more for you,” he said.

Commending the party for fostering unity among members, Ojo said he decided to empower the people to complement Governor Kayode Fayemi’s efforts to banish poverty in the state.

“This programme is going to be quarterly. Within the next nine months, 240 people will be empowered under this scheme.

“Governor Fayemi has done well. He is attracting investment to Ekiti State. He has done much to reduce poverty. My focus is about widows and orphans,” he said.