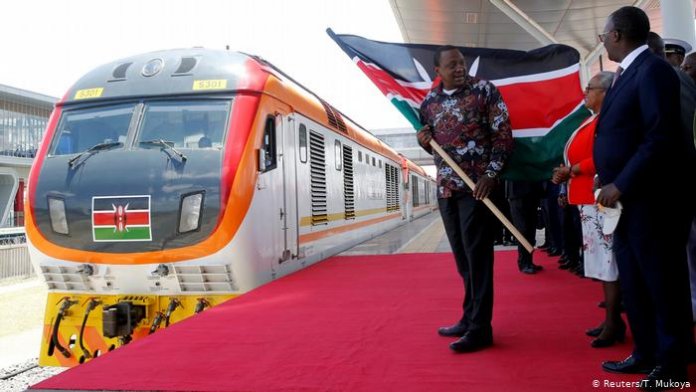 The Government of Tanzania Ministry of Finance, has signed a facility agreement with Standard Chartered (SC.com) Tanzania for a US$ 1.46 billion term loan financing to fund the construction of the Standard Gauge Railway (SGR) project from Dar es Salaam to Makutupora.

Running approximately 550 kilometres long, the SGR project is one of the country’s biggest projects connecting Dodoma to Dar es Salaam via Morogoro and Makutupora. Once completed, the SGR Rail project would provide a safe and reliable means for efficiently transporting people and cargo to and from the existing Dar es Salaam Port.

According to the Tanzania Railways Corporation, it was expected that the railway would address current congestion challenges and decrease freight service charges by 40 per cent, as the railway would be able to haul up to 10,000 tons of freight, equivalent to 500 lorries, per trip. It will also connect Tanzania to Burundi, Rwanda and The Democratic Republic of Congo, DRC, thereby playing a key role in enhancing regional trade. The project has already created more than 8,000 new direct employment opportunities for Tanzanians and has opened up opportunities for the local communities surrounding the project area to access social services such as shelter and food.

Speaking at the event to sign off the deal, the Minister of Finance and Planning, Hon. Dr. Philip Mpango, commended and thanked Standard Chartered Tanzania.