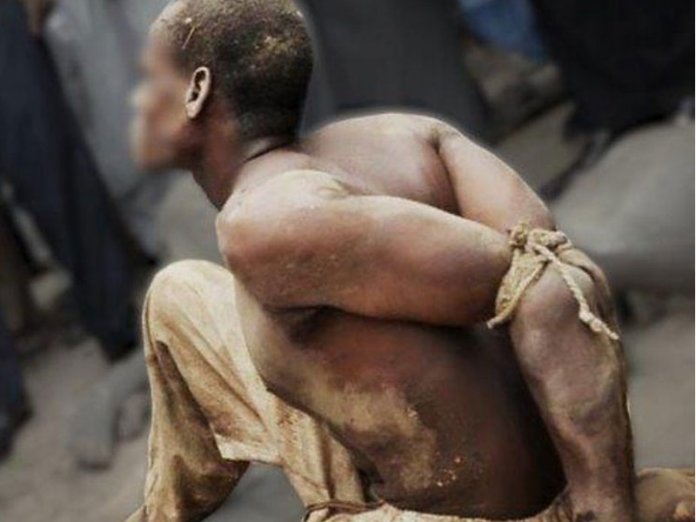 Following the BBC Africa Eye’s expose on use of Tabay, a crude form of torture that is widely used in the interrogation and punishment of detainees, including children, by some units of the Nigerian Police and Armed Forces, Chiemelie Ezeobi speaks with the team

When an investigation by BBC Africa Eye uncovered the shocking evidence that Tabay torture is being used by multiple branches of the Nigerian Police and Armed Forces, it was met with a mixture of shock in some quarters and not so much in others.  Shock for the former given that they did not believe such crude methods of torture would still be practiced especially in the age where it is required for operatives to treat suspects humanely and in line with global practices. For the latter, it didn’t come as a shock as the social media space has been riddled with countless acts of brutality, especially by the Special Anti Robbery Squad (SARS) of the police.

According to the team, “Images from social media show that a particular form of torture – a technique known as ‘tabay’– is widely used in the interrogation and punishment of detainees, including children.

This investigation also reveals that in 2014, a senior police officer from SARS (Special Anti-Robbery Squad), was found in a civil court case to have been involved in the torture of a young man who later died from his injuries.  When approached by Africa Eye he declined to comment.

“A serving police officer confirmed to the BBC the use of torture by SARS and recounted the daily abuse he witnessed in special cells within police stations used to extract confessions. He said: ‘If you refuse to talk, you are taken in there. You will talk. Some offenders begin speaking the moment they’re tied up. Some start talking when the torture is underway’.

“The investigation features two young boys who were tortured by members of a government–backed vigilante group in northern Nigeria in 2019. One of the boys, Abba Bashir, says: ‘When they were doing this to me, I wished I was dead. I felt it would be better to be shot with a gun’.

“Torture is illegal in Nigeria, banned by the anti-torture act of 2017. But Nigerian human rights lawyer Justus Ijeoma told the BBC that, despite these laws, torture remains rampant: ‘I am not aware of any prosecution under the anti-torture act. Prosecution, let alone conviction…We cannot fold our arms and look the other way while our society keeps degenerating’.

‘One of the most widely used torture techniques is called ‘tabay’, in which the arms are forced back and tied at the elbows, cutting circulation to the hands and immobilising the victim. The most violent variation of this technique, according to the police eye-witness, is known as ‘the bicycle ride’ and is routinely used in at least one SARS station. The victims are tied to a chair with their hands and legs bound from behind, before being beaten and electrocuted.

“In other cases of torture by members of the Nigerian security forces, documented on video, victims are suspended with their legs and hands constrained and heavy weights are placed on their backs to increase the pain. The programme reports that ‘tabay’ torture dates back to ancient times and is still used in Nigeria today. The Nigerian police did not respond to requests from Africa Eye for comment.”

Afterwards, THISDAY interviewed the BBC Africa Eye team, who shared some insights into the intricacies that led to the investigation, the processes and outcome so far. Here are the excerpts:

What influenced the choice of topic for this investigation?

This investigation began when BBC Africa Eye was sent a disturbing video showing two young boys being tortured. The method of torture used on the boys was one we had not seen previously. We soon uncovered more images showing variants of this same form of torture.

Forensic analysis and verification of the images showed that they had been shot in Nigeria and that the men involved in the torture were members of the Nigerian security services. We knew this was a deeply disturbing story and clearly in the public interest.

What has been the reception for the story?

The story received a tremendous response from Nigeria on social media platforms with millions of views. In comments about the report, Nigerians have hailed this story as a powerful piece of investigative journalism and have expressed their outrage against the use of this torture technique by Nigerian security services. Many have claimed that police brutality is now a norm in Nigeria.

Some have called for the prosecution of Yusuf Kolo, the former Kano SARS officer-in-charge who was found by a court in Kano to have been involved in the torture and killing of one young man. Since this case, he has been promoted to be the Commander of the Special Tactical Squad of the Nigerian Police.

Has it caused any positive change so far in terms of interrogation?

While the investigation has caused outrage among Nigerians, who have condemned the use of torture and violence by the security services in Nigeria.  However, there has been no response or comment made by the Nigerian authorities or security services on the story since its release.

How long did the investigation take?

The investigation was conducted over six months.

Do you intend to follow up seeing that the Police Special Anti-Robbery Squad carry out Tabay and even worse on suspects?

Launched in 2018, Africa Eye is an investigations series from the BBC that brings hard-hitting, high-impact investigations from across Africa. Our mission is to expose serious wrongdoing and to hold power to account. Police brutality is an issue of major public concern in Nigeria. We will follow up on any leads that are sent to us. As our motto reads, ‘Nothing Stays hidden for ever.’