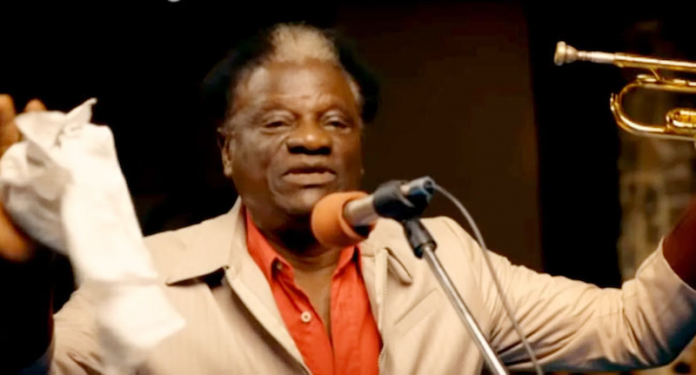 “Most of my contemporaries no longer exist. The chances of collaborating with them are cancelled.” Such earthly words from legendary musician, Sir Victor Abimbola Olaiya sometime in 2013, shortly after a remix of his song, Baby Jowo, with hip hop star 2Baba, signals the reality of humans as mere mortals as the highlife music maestro joined his contemporaries on Wednesday February 12, 2020, thus bookending a career that influenced many of today’s Nigerian sounds including the revered Afro beat.

He was 89 years of age. One of the best, and possibly the last from his generation, Olaiya a gifted trumpeter, rose to global fame in the 1950s and 1960s through his blend of gripping highlife sound. It is no exaggeration that many Nigerians still prefer listening to music tracks by legends like Victor Olaiya. Their tracks were enriched with educative lyrics and beats. Sir Victor Olaiya through his music had impacted many lives.

It was the former Managing Director of the Nigerian Daily Times, Alhaji Alade Odunewu, who gave him the nickname- ‘Evil Genius of Highlife’ and the name stuck ever since. His own evil genius was not in a negative sense like another evil genius in Nigerian politics, rather, he was an evil genius that attracts lovers of highlife from within and outside the country.

One of his evergreen numbers, Baakodaya, which he waxed in 1960 was used as the signature tune in announcing election results. A tribute to the late music maestro at his 80th birthday celebration recalls: “As expected then in the Southwest where the defunct Unity Party of Nigeria (UPN) held sway, whenever Bakodaya was playing on the radio, everybody would rush to hear the result of the election, which would be predictably in favour of the UPN. Baakodaya became a sound track of announcing the failure of the NPN candidates at all levels during the 1979 general elections. The music goes thus, ‘Obo n bo Sokoto lona Baakodaya, Baba Iyabo Mama Iyabo nko, Baakodaya…”

While disclosing how he got the sobriquet, evil genius, the late octogenarian had in an earlier report said: “Highlife music is 10 per cent inspiration and 90 per cent perspiration. I am called evil genius because I make my fans sweat through dancing while enjoying my music. To make a difference in the music, you need to sweat.” Sourced materials revealed that Papingo Dalaya, as the Highlife maestro is called, was born on the 31st of December, 1930 in Calabar, Cross River State. The 20th child of a family of 24, his parents, Alfred Omolona Olaiya and Bathsheba Owolabi Motajo, came from Ijesha-Ishu in Ekiti State.

Olaiya came from a very rich family. His father’s house called Ilojos Bar stood on Bamgbose Street, Lagos Island, until it was demolished on September 11, 2016. At an early age, he learned to play the Bombardon and the French horn. After leaving school, he moved to Lagos, where he passed the school certificate examination in 1951 and was accepted by Howard University, US, to study civil engineering. Olaiya, instead, pursued a career as a musician, to the disapproval of his parents.

His musical style was influenced by James Brown, with horn parts harmonised in Brown’s style, as opposed to the mostly unison lines of Afrobeat. The music includes the swinging percussion of Tony Allen, but not the modified style that Allen later pioneered. Both Allen and vocalist Fela Kuti played with Olaiya and went on to achieve individual success.

Olaiya’s music was a bridge between Ghanaian highlife and what would become Afrobeat. According to the veteran broadcaster and music critic, Benson Idonije, “Olaiya was influenced by ET Mensah. He used to go to Ghana a lot to watch E.T. Mensah perform. At some point, both of them collaborated in a performance that held in Lagos tagged, Highlife Giants.” He later released an album with the Ghanaian highlife musician.

He played with the Sammy Akpabot Band, was leader and trumpeter for the Old Lagos City Orchestra and joined the Bobby Benson Jam Session Orchestra. In 1954, Olaiya formed his own band, the Cool Cats, playing popular highlife music. His band was chosen to play at the state ball when Queen Elizabeth II of the United Kingdom visited Nigeria in 1956, and later to play at the state balls when Nigeria became independent in 1960 and when Nigeria became a republic in 1963. “I was in my highest spirit that glorious night when my band was set on the dais to thrill Nigerians, who in spite of the heavy downpour turned out in their thousands to witness the great occasion.”

That was how he captured the moment. Olaiya said: “Aside being elevated by the honour of being commissioned to perform at the Independence Day celebrations, I was in fact spurred by an overwhelming sense of patriotism and honour to thrill the large crowd that thronged the venue. We were given the rare opportunity and privilege of being introduced to the dignitaries like Princess Alexandria of Kent, Sir James Robertson, representing the Queen Elizabeth II of England and Alhaji Sir Abubakar Tafawa Balewa, (First Nigerian Prime Minister), among others.

“While my band was at the center stage, the Nigerian Police Force band led by Commissioner of Police, Mr. Benedict E. Odiase (rtd) and the Zeal Onyia led Nigerian National Band were at hand as supporting bands.”Olaiya renamed his band to the All Stars Band when they played the 1963 International Jazz Festival in Czechoslovakia.

On the latter occasion, Olaiya shared the stage with the American jazz musician Louis Armstrong. During the Nigerian Civil War of 1967–70, Olaiya was given the rank of a lieutenant colonel (honorary) in the Nigerian army and his band played for the troops at various locations. The Cool Cats later travelled to the Congo to perform for United Nations troops. Olaiya also ran a business that imported and distributed musical instruments and accessories throughout West Africa, and established the Stadium Hotel in Surulere.

In 1990, Olaiya received a fellowship of the Institute of Administrative Management of Nigeria. For a period, he was also president of the Nigerian Union of Musicians. He retired from his long music career in 2017 and had some evergreen classics like Omopupa, Aigana, Pambotoriboto, Opataritius, Mo fe Muyan, Jemila, Kosowo l’ode, Odale Ore, So fun mi, Omolanke, Tina Mate, among so many others. And a long list of albums to name. His decision was hinged on failing health and doctor’s instruction to desist from performances.

Prior to making the decision, the highlife legend every week, staged a command performance at his Stadium Hotel, which is located on Iyun Street, Surulere, Lagos. His manager, Gbenga Adewusi, said: “Aside from attending his gigs, he no longer comes to work regularly as a result of age-related health issues.” Olaiya had many wives, children and grandchildren. No one knows (at least the media) the number of children or wives Olaiye had in his lifetime. The late Nollywood actress, Moji Olaiya, was one of his children.

Many eminent Nigerians have reacted to his sad passing, with some touting his demise as the end of the Golden era of Highlife. The Mayegun of Yorubaland, Dr. Wasiu Ayinde Marshal, in a statement released by the media office, said: “Indeed, Sir Victor Olaiya’s death, though at the advanced age of 89, is a profound loss to the Yoruba race and global music industry; we are nonetheless comforted by the fact that he used his talent to bless humanity in general.”

Bimbo Esho, managing director of Evergreen Music Company, the legend’s record label, who first broke the news in a Facebook post, wrote: “We pray that the Doyen of highlife music find repose with the creator while wishing the family and entire music community the fortitude to bear this irreplaceable loss.

And to my namesake Abimbola Olaiya, I will miss your contribution to highlife music”.

Music star Innocent Idibia @official2Baba tweeted “Devastated by the news of the passing of Dr. Victor Olaiya – maestro, mentor, legend. Thanks for the beautiful music. Thanks for the inspiration. Blessed for the honour of sharing a mic and stage with you. Rest in peace baba.”

Former vice president Atiku Abubakar @atiku tweeted: “My condolences to the family of Nigeria’s highlife legend, Sir Victor Olaiya, OON. His artful delivery on the trumpet and his hits from the 50s, are moments we’d never forget. Most recently, the duet with @official2baba, was a musical bridge to travel. May his soul Rest In Peace.” 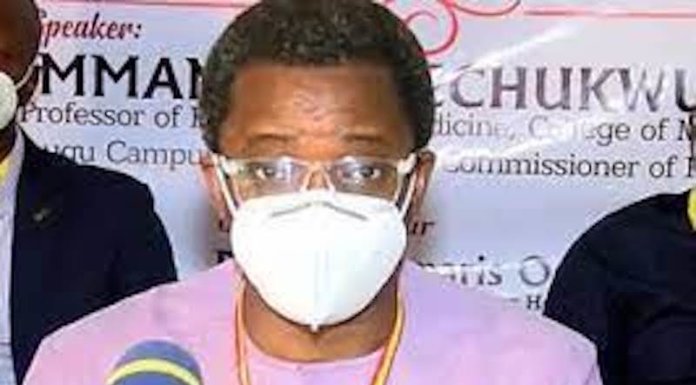 DOYIN OKUPE – SILENCE OF THE LAMBS