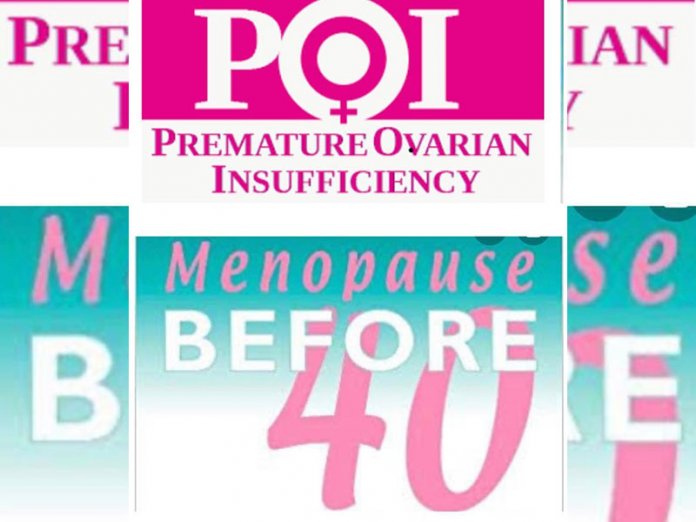 We always imagine that women within their reproductive age should be able to get pregnant on their own. It is really devastating for young beautiful women to be told by their physician that they cannot achieve pregnancy naturally.

In the traditional African setting where causes of infertility is believed to be as a curse from the gods, repercussion from past sins, possession by evil spirits etc., it would be very difficult to understand why a young normal woman may not be able to reproduce at an age that should be the peak of her fertility. Sad as it were, scientific investigations have the ability to unravel the real cause of compromised fertility in younger women.

Infertility in women is multifactorial and may be due to uterine (womb), tubal and ovarian factor while advanced maternal age remains a major cause of infertility, however a very small percentage of women may experience early diminished ovarian function and menopause which brings us to the topic for discussion today titled PREMATURE OVARIAN INSUFFICIENCY.

Premature Ovarian Insufficiency (POI) is also known as Premature Ovarian Failure or Early Menopause and describes the unusual medical condition where a female will stop producing either eggs or there may be insufficient hormones to mature the produced eggs. There are over 100,000 cases of POI documented per year in Nigeria with estimated one percent of the female population globally suffering from this condition.

Every woman has two ovaries located on either side of the uterus (womb) with approximately 2 million eggs reserved in the ovaries at birth. Each egg is encapsulated in a fluidfilled sac called follicle. The eggs keep depreciating in quality and quantity as a woman grows older. At puberty the ovarian reserve is about 300,000 and when stimulated by the hormones produced in the pituitary gland the ovarian follicles begins to grow and produce estrogen which makes the adolescence to menstruate. This should normally continue till about an average age of 48-51 years. Premature ovarian insufficiency is a loss of this normal function of a female’s ovaries before age 40. If your ovaries (where the eggs are stored from birth) fails to produce normal amounts of the hormone estrogen or eggs are not released monthly you may likely have developed POI.

A frequent complication of POI is Infertility, as fewer and in some cases no eggs are available for fertilization.

▪Hypoestrogenism means that there are very low levelsof estrogen circulating.

▪High levels of gonadotropins, the hormones, FSH and LH that stimulate the maturation of the eggs in the ovaries are extremely higher than normal.

�€Gene mutations, MCM8 or MCM9 as well as chromosomal instability with small or missing ovaries or gene fragmentations such as in BRCA1, can lead to POI.

�€Chemical Factors, such as chemotherapy and radiotherapy used as treatment for certain malignant (cancerous) tumors.

�€Pelvic Surgery such as surgery for ovarian cysts, fibroids or ovarian failure may result after a hysterectomy

�€Induction of multiple ovulation in infertility

�€Early Menopause: a classical symptom of POI. Owing to the fact that menopause is characterized by reduced production of estrogen, certain symptoms associated with reduced estrogen may present and these includes:

Menopause, in the female, occurs averagely from age 50 and over. Early menopause can happen as early as the 20s to the age of 40, and can be continuous or at alternating months. .

Early onset of menopause can start as early as eleven or exist from birth. Usual signs of menopause include those listed but in premature menopause the symptoms are more severe at an earlier age. If a girl never sees her period, it is called Primary Ovarian Failure. By age 40 nearly 1% of women have POI

Premature ovarian failure is sometimes referred to as premature or early menopause, but the two conditions aren’t the same. Women with premature ovarian failure/insufficiency can have irregular or occasional periods for years and might even become pregnant. Women with premature menopause stop having periods and can’t become pregnant except using by using Advanced Reproductive Techniques……to be continued.