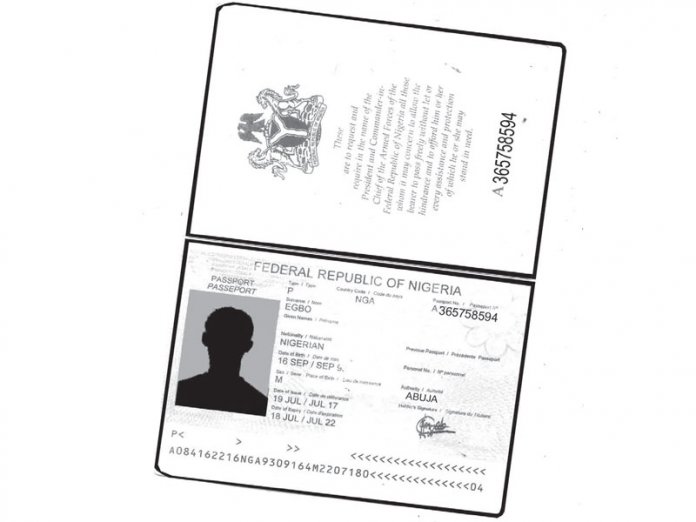 There seems to be an end to the agony people go through to get the Nigerian passport as the Nigeria Immigration Service (NIS) thursday disclosed that it would unveil the enhanced e-passport centre in Port Harcourt, Rivers State, next week.

The Controller of Immigration, Rivers State Command, Mr. Arguing Adegoke, told journalists in Port Harcourt that the command would commence issuance of the enhanced e-passports next Tuesday.

While extolling the enhanced security features of the e-passport, Adegoke, however, said those seeking the new passport must have the National Identification Number (NIN) issued by the National Identity Management Commission (NIMC).

According to the controller “This enhanced e-passport has 32 pages and 64 pages with options of five years and 10 years validity. The quality of the e-passport is better with the introduction of polycarbonate technology in line with the global best practice.”

Adegoke also said the enhanced e-passport would reduce the hardship people go through to obtain or renew the Nigerian passport as the filling and payment for it has to be done online before capturing which will be done at the new NIS Office on Ana Road in Port Harcourt.

He, however, cautioned Nigerians not to panic as the enhanced e-passport would exist side by side the current passport before it would gradually take over.

Adegoke also noted that the issuance of the enhanced e-passport at the Port Harcourt office would be a big relief to residents of Rivers State and the South-south and South-east regions as people would no more travel to Abuja to get it.

He said Port Harcourt is the fourth centre after Abuja, Lagos and Kano to issue the enhanced e-passport in the country.