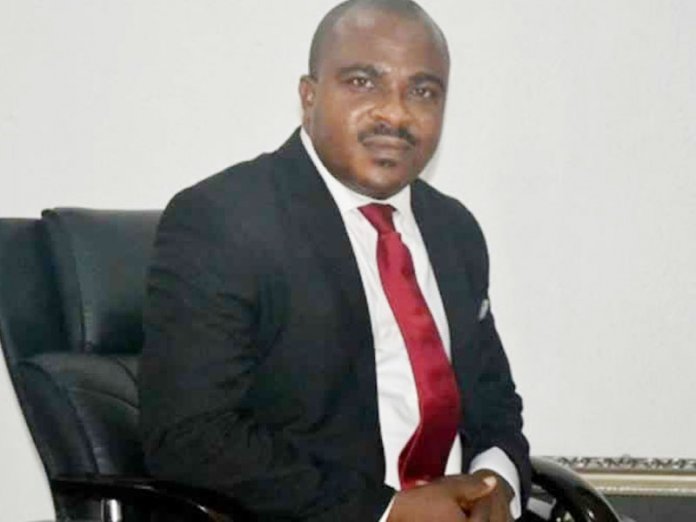 How has the state government managed the issue of new minimum wage for civil servants?

The governor also swung into action by constituting a Joint Negotiating Committee between the government and the civil servants. And the committee consensually resolved to implement the minimum wage in line with the principles governing the national minimum wage.

Government was mindful of ensuring that the least paid civil servant gets nothing less than N30, 000. That is the philosophy of minimum wage. The very good thing is that Ebonyi was the first in the South-east to pay the minimum wage and it was paid at the middle of the month. Many states are yet to start and the Ebonyi state governor has taken the lead and we need to commend him.

Before the implementation of the new minimum wage, some civil servants had questioned the rationale behind the appointment of over 1000 political aides by the state governor which they claimed was higher than the workforce of the state. What is your view?

The idea of the governor in appointing EAs, STAs, TAs is to enhance mentorship of the future leaders and to ensure that our people are empowered. Talents are discovered, identified and empowered through understudying the present leadership so that by tomorrow when the governor would be bowing out, we would have raised leaders from the various wards of the state.

This cream of appointees are helping essentially on the monitoring and evaluation processes which is the secret of the good governance we are having in Ebonyi State. That’s to ensure that the school, health systems are going on well. Good governance requires more hand and that is the very essence of the appointment.

I must tell you that anybody who is talking about increase in civil service should also talk about productivity first. The emphasis of government is productivity. As far as we are concerned, we are satisfied with the number of civil servants. We can’t increase that now by way of employment now because the number we have is enough to help to move the state forward.

All we are doing is to introduce reward system by way of motivating the civil servants. Beyond this, the governor has introduced what is called second address scheme. This scheme is for the civil and political office holders.

In that scheme, the governor rolls out about N4billion to ensure that civil servants, apart from salaries, have something to access. They can also access by proxy. If they chose to go into another business apart from agriculture, they can use their spouses or brothers for entrepreneurship.

The interest is single digit between, between 5 and 9 percent. Apart from the scheme introduced by the governor, they are participating in several empowerment programmes of the state government. The governor has carried out training and retraining of civil servants.

Empowerment is not only financial but it’s also mental. They have been trained on ICT and so many areas of human endeavour. It’s only in Ebonyi State that we have 13th month salary for the civil servants. It is being paid every year.

Sometime ago, the civil servants came together and gave the governor a chieftaincy title of Enyidioru (Friend of Workers). Don’t also forget that the governor has not owed a dime to civil servants from 2015 to date. He has religiously paid salaries on the every 15th of every month.

How has the state government handled pensioners also?

Ebonyi State has religiously and consistently paid its pensioners. Even the World Health Index shows the rate of death index in Ebonyi state is reducing more than the index of the federal government. Since 2015, the maternal mortality rate has reduced. These are evidence that the government is doing what it should do.

With all these financial burdens, don’t you think it will affect the completion of the numerous projects of the present administration?

I do not want to tell you all the divine secrets of the performance of the state governor but you may need to know that prudence is one of them. Creative ability is one of them. From nothing, he does something. And this is not the first time he spoke and he fulfilled.

In 2015, he spoke at Pa Ngele Oruta Township stadium. He told us that he was going to give us a flyover; it was like a mirage that was not going to be possible. Today, he has many of them. You don’t have to doubt his ability. Despite the paucity of funds, we are admittedly suffering because of low IGR and federal allocation, God has endowed the governor with the ingenuity to see to the completion of every project he has promised.

I want to tell you something and you will see it with your eyes, apart from Lagos and Abuja, that Ebonyi will have the highest number of flyovers. I can assure you that it is going to be possible. He is constructing another eight flyovers with double lane. Construction has commenced in earnest.

Of course you know thy are located at the major three joints in each of the senatorial zones. The shopping mail, the international market that he started, I can assure you he will complete. The way he completed the Ecumenical Center, the best in Africa built by any government.

So, be rest assured that despite the paucity of fund, the governor will keep to his promise. I will use this opportunity to urge our taxpayers that the only thing they can do to reciprocate what the governor is doing is to pay their taxes. If we can all pay our taxes and stamp out leakage. That will assist the governor tremendously in completing his projects.

The state house of Assembly has also decried the steady decline of the IGR. What’s the state government doing to address it?

Government has developed a plan to enable all miners and quarry operators to pay without passing through agents or contractors. I want to assure you that giving the land automation that has been introduced, more revenue will be generated.

We are also making plans to make relevant laws that will enhance the collection of these revenues. And when these laws are made coupled with the ones available, you can be sure that it would impact positively on the revenue collection propensity of the state government.

How will the governor’s successor emerge?

When we get to the bridge, we will cross it but it is important and critical to know, emphasize and highlight the potential and credential of the governor of Ebonyi state. There’s nothing wrong in emphasizing it so that whoever that is going to come would know that this man has a very big shoe.

All I am praying is for someone that will succeed him to have at least half of the size of his shoe and be responsible to the people. But the governor of Ebonyi state is one person I describe as one in a generation. If a state or nation is blessed, they will have one like him in one hundred years.

It shows that he is a man carefully created by God at the point of our need. Let me tell you, in 1996, Ebonyi was created and called Salt of the Nation. By that time, it was the ‘Dust of the Nation’ because of the underdevelopment we suffered; because of the criminal neglect that we suffered. Amost 20 years after, a man from the most populous community in the state emerged as governor.

So it was a double jeopardy so to speak. But the governor was not deterred. He became the best and today Ebonyi State is now a shining light of the nation. Today, Ebonyi state is a signpost of excellence. Today, Ebonyi state has the best road network among the 36 states of the federation.

Today, Ebonyi state has streetlights that work from 6pm to 6am. It goes to show that if Umahi becomes the leader of the nation, we should be rest assured of steady power supply. If that happens, it means that the private sector will strive. Economic development will speed up. Today, Ebonyi state by indices of economic development is rising higher on daily basis. As for who will succeed Umahi, I do not know. God at the appropriate time will speak to the Governor.

What of the speculation making the round that the Governor actually said he belongs to PDP and APC?

How can one person belong to two political parties? It is a trash. Whoever is saying that is saying it to malign, incite people or bring about something that’s not in existence.

I feel so bad that people would want to say anything just to blackmail people. By the way, Governor Umahi is a strong chieftain of the PDP. He was the best chairman of the PDP in the federation in his time. He is the only chairman that built the biggest PDP office in Africa till today.

His style of administration is rare and divine because you need to understand that after partisan politics, comes governance. In governance, you are the governor of APC, PDP or what have you. You are the leader of everyone.

He is also the leader representing Ebonyi in the national politics. He has every duty to relate with everybody no matter your political coloration. He has the duty to go to anybody to seek for intervention. We should emulate Umahi’s style of politics. If we must move our country forward. Politics of myopism and bickering must be pushed out 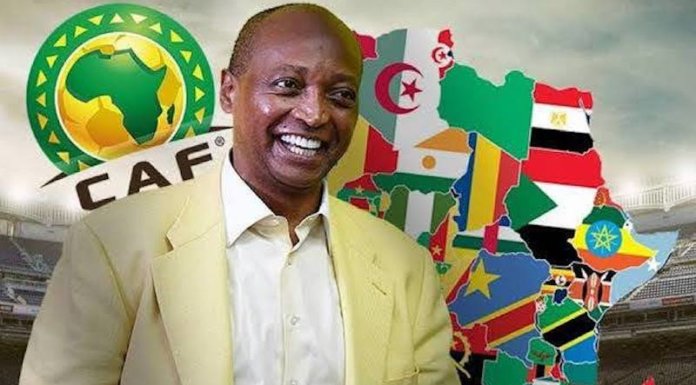