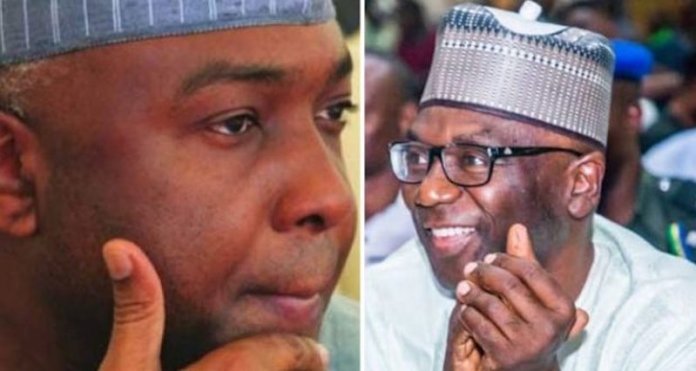 The reconciliation talks between the Saraki family and Kwara State Government over the demolished building of the former Senate Leader, late Dr. Abubakar Olusola Saraki, located in the GRA in Ilorin, popularly called ‘Ile Arugbo’ by the agents of the state government last year, which commenced last Thursday has met deadlock.

The meeting between the representatives of the state government and Asa Investment Limited ended yesterday without a concrete resolution.

The meeting ended without any specific adjourned date.

Addressing journalists in Ilorin yesterday at the end of the one-hour meeting held at the conference hall of the governor’s office in Ilorin, Counsel to Asa Investment Limited, Mr. Abdul Aziz Ibrahim, said the two parties could not reach any concrete agreement.

According to him, “Today is the second time we are meeting on this issue of settlement out of court, but up till now, we have not been able to agree on definite terms.

“None of the government representatives was willing to respond to journalists’ inquiries at the end of the meeting.”

In line with the agreement reached on January 24, 2020 by the counsel to the state government and Asa Investment Limited on the need to settle the issue of the demolished Ile Arugbo out of court, representatives of the two parties had last Thursday held the inaugural reconciliation meeting.

After sitting for one hour, the parties adjourned to yesterday for further discussion.

The state high court in Ilorin had on January 15, 2020, advised parties in the suit in the interest of peace, explore an out-of-court settlement over the disputed land on which Saraki’s Ile Arugbo was built.

In another ruling on January 24, 2020, Justice Abiodun Adebara urged the parties to resolve the case amicably before the next adjourned date.

“This court is particularly impressed by the parties for the steps taken to settle out of court, they are therefore enjoined to engage in meaningful discussions that will lead to the resolution of the case out of court. I wish the parties well in their deliberation.

“With the concurrence of the learned counsel, this case is adjourned to March 2 for the report of out-of-court settlement,” the court stated.