Ibrahim Oyewale writes that Governor Yahaya Adoza Bello of Kogi State has inaugurated the state executive council, as he kicks off his second tenure on a promising note

Few minutes after his inauguration for a second term as Governor of Kogi State, Mr. Yahaya Bello has matched his words with action in line with the new direction of his administration. Bello announced commissioner nominees without delay and subsequently sent the list to the State House of Assembly for screening.

Following the governor’s example, the State House of Assembly under the leadership of Rt. Hon. Mathew Olushola Kolawole wasted no time in screening and clearing the 17 nominees, while the governor inaugurated the new state executive council promptly.

Addressing the new commissioners shortly after inauguration Bello expressed thanks to the Almighty God, pointing out that it was time to work hard to justify the mandate from the people. He said in due time “we will bring other category of aides on board,” but the commissioners form the nucleus of ‘our’ administration.”

While hinting that change was the only constant thing in life, he anticipated that the commissioners-designate will be there for the next four years.

Bello added, “It is because we found you worthy in learning, and above all in character. If you were with us in the first term, we reappointed you because you proved worthy of a second chance but also because the exigencies of time and politics, especially the zoning method applicable in your various constituencies, permitted it. There are some of your former colleagues who also deserve this second chance but the circumstances were not as accommodating as in your cases. So, be humble.”

“You will join me and the Deputy Governor to form the next cabinet along with the Secretary to the State Government and other aides we may wish to receive into the Kogi State Executive Council from time-to-time.

The governor warned against sectionalism. “Your most cardinal sin against this administration will be the practice of sectionalism in any form. Tribalism, nepotism, clan, class or religious sentiments as the actuator of any action in your office will get you fired. We have spent the last four years dismantling the division and distrust long engendered amongst our people by these evil and those who practiced them and we will never countenance the same in our appointees, neither will we retain anyone practicing them in our midst.”

“I am the Governor, not any of you. The New Direction blueprint is my roadmap for accelerated development of Kogi State in all its constituencies and I charge you to study it, understand it and implement it. The five thematic areas will remain but we are pulling out four sub-thematic areas and making them full-fledged in this second term. These are Human Capital Development, Cooperation and Integration in Kogi State, Security and Agriculture. Bring your suggestions to the table and they will be given fair consideration, but run my blueprint and not your agenda if you want things to remain fine with you.”

He noted that the government must be as open and transparent as possible. “All of us must be open to endless scrutiny by those we serve. Opacity and cult-like secrecy is how skeletons get into cupboards in the conduct of government business, and it is expressly forbidden, so avoid it. The Ministry of Information and Communications will deploy the Kogi State Open Governance and Accountability System (KOGAS) for live feedback to and from the public. Every MDA must get on the platform which my office will monitor directly through the Chief of Staff with weekly status analysis by the Blueprint Team,” he said.

According to him, fiscal responsibility is part of the open door philosophy. “We have developed robust financial transparency laws and regulations over the last four years. Let them guide you to embrace probity and accountability as well as thriftiness with public resources, especially money. The anti-corruption and financial crimes agencies have scrutinized us following petitions by those who feel so inclined but have found nothing incriminating in us. None of you is permitted to ruin our clean record with acts of corruption or moral turpitude. I will not take it kindly with anyone who dares.”

On funding governance, the governor said that it was well-known that government never has enough money to fund all that it has planned for the people. It means government must find resources elsewhere, stating that, “Money follows ideas and the commissioners have been chosen as people of ideas because you convinced us that you are innovative and enterprising. This appointment is your chance to prove it. Government will try to release appropriated funds to your ministry as much as is practicable, but you must network in your sector to fund the Blueprint relative to your office. Your ability to attract outside funding for your assignment is a key performance indicator and carries a lot of marks in your rating. Woo the Ministries, Departments and Agencies of the Federal Government which correspond to your office and activate all areas of partnership and support. Look to international donor agencies and develop functional Public Private Partnerships and Foreign Direct Investments. Do all of these in compliance with global best practices and the principles of cost-effectiveness.”

However in line with new zeal and determinations to move Kogi forward ,the State Commissioner for Finance, Budget and Economic Planning, Ashiru Idris disclosed that the state has decided to borrow 100 million Dollars in order to fast track the development of the state.

Idris also said there was no cause for alarm over the intended debt as the state was buoyant enough to sustain its present and expected debts, explaining that the state has already paid a visit to the senate to defend its need for the 100 million Dollars which will be channeled towards developing the Staple Crop Processing Zone (SCPZ) in Alape, Kabba-Bunu area of the state.

Ashiru said, “We can still borrow. The fiscal sustainability of the state gives room for borrowing. If the state debt has not gone beyond 250 percent of its income. Kogi is presently on 147 percent.

The Commissioner for Finance also said the state government at the Executive meeting approved the creation of a new Department of International Cooperation to coordinate funds from World Bank, and other donor agencies.

On the Security situation, the Kogi State Government restated commitment to provide security of live and property of the residents and as well as assured travelers across the state that measures have been put in place to apprehend kidnappers that attempted to poach its cherished peace and security and to also step up patrol operations across the state.

The Government of Kogi State will stop at nothing to retain its ratings as the second most committed to security, as the lives of our citizens and those of travelers within its territories are important. Government will not shirk the responsibility of protecting people within its territory.

Recently, Bello paid a courtesy visit on the Russian Ambassador to Nigeria, His Excellency, Alexey Shebarshin at the Russian Embassy in Abuja for discussions ahead of the planned completion and revival of the Ajaokuta Steel Complex.

The governor who was accompanied by his Chief of Staff, Jamiu Abdulkareem Asuku, Commissioner for Finance and Economic Planning, Idris Asiru, state’s Accountant General, Jibrin Momoh and state’s Audutor-General, Okala Yusuf stressed that he came to thank the Russian government through her embassy for the Oct 22, 2019 Sochi Agreement between the Russian government and Nigeria to revive Ajaokuta Steel Company Limited.

He assured the Ambassador of the readiness of his administration to see that Ajaokuta works for Kogi people and Nigeria at large. He pointed out that state possesses enormous opportunities and called on the Russian government to partner with the state to develop the agricultural and energy sectors in the state.

The Kogi State Governor lauded President Muhammadu Buhari for taking up negotiations with the Russian government to revive the steel company, saying Ajaokuta will make Nigeria the industrial hub of the world.

The Russian envoy, Shebarshin assured Bello that his government was ready to complete the steel complex following Mr. President’s visit to the Russian President Vladimir Putin in October, 2019. He said they were waiting for the Nigerian government to put its house in order for a formal signing of the Memorandum of Understanding.

Fiscal responsibility is part of the open door philosophy. We have developed robust financial transparency laws and regulations over the last four years. Let them guide you to embrace probity and accountability as well as thriftiness with public resources, especially money. The anti-corruption and financial crimes agencies have scrutinized us following petitions by those who feel so inclined but have found nothing incriminating in us. None of you is permitted to ruin our clean record with acts of corruption or moral turpitude. I will not take it kindly with anyone who dares 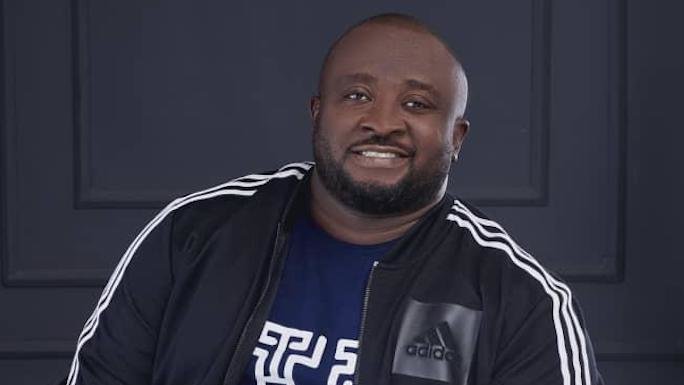