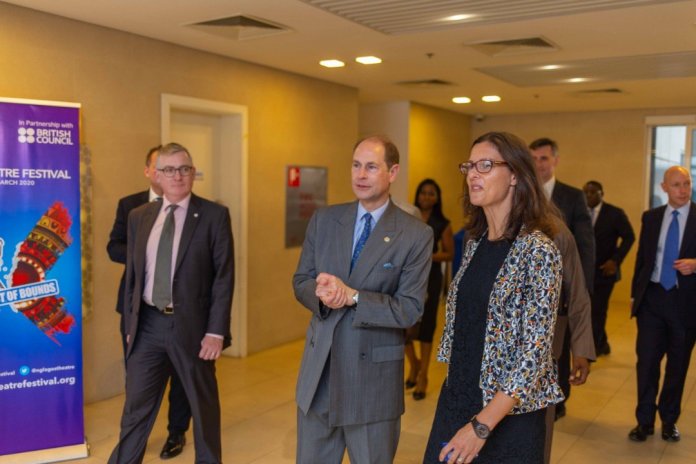 Chiemelie Ezeobi writes that the Earl of Wessex, Prince Edwards’s visit to Nigeria was to drum support for the Duke of Edinburgh International Award, a global, non-formal education and learning framework touted to be the world’s leading youth achievement award

As a keen supporter of the Arts, Prince Edward, Earl of Wessex and youngest child of Queen Elizabeth II and Prince Philip, Duke of Edinburgh, was in Nigeria to drum support for the Duke of Edinburgh International Award.

Demonstrating the Royal Family’s interest in supporting young people across the Commonwealth, his visit sought to raise the profile of the award, licenced in the country as the International Award for Young People Nigeria, through engagement with government officials, supporters, donors and young people, including participants in the award and award holders.

The Duke of Edinburgh’s International Award is a global, non-formal education and learning framework. Founded by The Duke of Edinburgh in 1956, award is the world’s leading youth achievement award and is available to all young people aged 14 to 24 years and equips them with life skills regardless of their background, culture and physical ability. Already, the award has inspired millions of young people to transform their lives, and participating in the award pushes young people to their personal limits while recognising their achievements.

Afterwards, addressing guests, Founder of Terra Kulture, Bolanle Austen-Peters, urged government to support the theatre sector, describing it as the next revenue-generating industry and “a gold mine” in years to come.

Noting that in Nigeria, the theatre sector was relegated to the background, she added the sector globally created the most jobs and it was important to continue to get support from the government to ensure that more youths were employed.

“ The business world needs to realise that there is power in the arts to impact society. The world is taking note of the theatre industry and the power the sector holds in shaping the society,’’ she said.

Austen-Peters said one of the solutions to unemployment was entrepreneurship and the creative sector had created multiple jobs for youths across the country.

She noted that the theatre industry had also contributed immensely to the Gross Domestic Product (GDP) of the country, urging the government to tap into the potential of the sector.

In his brief speech, the Earl said the energy and live dimension that Africa, particularly Nigeria, brought to the theatre sector was fantastic. He further noted that with the efforts the Nigerian theatre was putting into the sector, it would definitely achieve more progress in years to come.

Stressing that the arts was a language which has the ability to communicate across businesses and borders, telling stories in a way that engaged the audience, he however noted that there is a very close relationship between business and the arts.

As patron of The Duke of Edinburgh Award, which operates in over 100 countries around the world, including Nigeria, he emphasised that the award is providing many opportunities for the youths in Nigeria and stated that government and employers of labour needed to recognise and encourage non-formal education.

Also speaking, the British Deputy High Commissioner, Ms. Harriet Thompson, said the creative industry was bringing back links between peoples by giving opportunities to raise and discuss issues that were hard to do in other forms.

She said: “The industry is very important on many levels and that is why today we are celebrating theatre, considering the strong links between Nigeria and United Kingdom. The arts industry in Nigeria have impacted the lives of many young people.”

At the event were captains of industry, Nollywood stars, media moguls and art lovers.
The visiting monarch also paid a courtesy call on the state Governor, Babajide Sanwo-Olu, at the government house, Alausa, Ikeja, who said his visit was a welcome development as it reflects the government’s plans at aligning with global Sustainable Development Goals (SDGs).

He said: “This award programme, which is designed to grant young people opportunities to develop their skills, showcase their talent and build confidence outside formal education, is open to pupils in both the public and private schools in Lagos State.

“We had engaging discussions on our robust plans for equipping our state owned schools with ICT infrastructure, power and work tools such that the pupils are given the opportunity to actively participate and ultimately compete with their counterparts globally.

“We welcome future collaborations with the International Award for Young People and Prince Edward, as this is a reflection of our plans at aligning with the Global Sustainable Development Goals, which is to support initiatives, provide opportunities and empower our young ones in their journey towards self development and in so doing, ultimately build their confidence and expose them to a world of opportunities.” 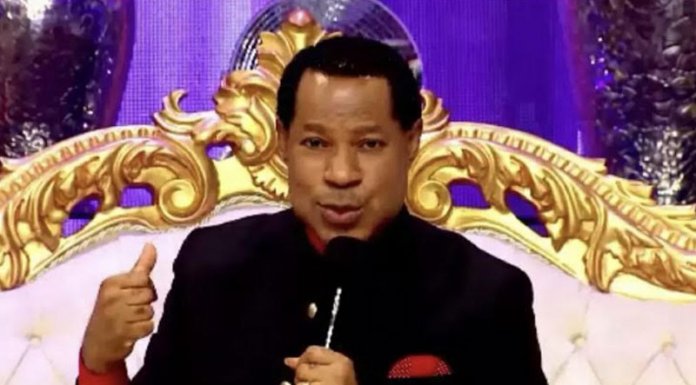