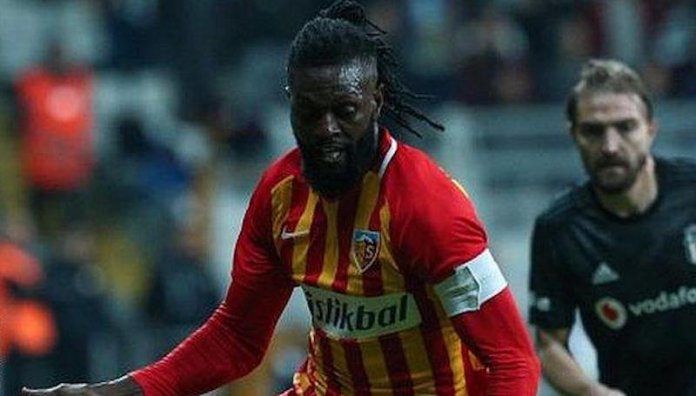 The 35-year-old former Arsenal striker was a free agent having ended a brief spell with Turkish side Kayserispor in December for personal reasons.

Aside from Turkey and England, the forward has also played in France and for Spanish giants Real Madrid.

Named the 2007 BBC African Footballer of the Year and the CAF African Player of the Year the following year, Adebayor’s only silverware at club level was the 2011 Spanish Copa del Rey he won with Real Madrid.

Despite his on-off relationship with the football authorities in Togo, he remains his country’s all-time top scorer with 32 goals and played for them at their only World Cup appearance in 2006.

Adebayor’s last appearance for Togo was in a 2-1 away defeat to neighbours Benin in March 2019 in a 2021 Africa Cup of Nations qualifier.