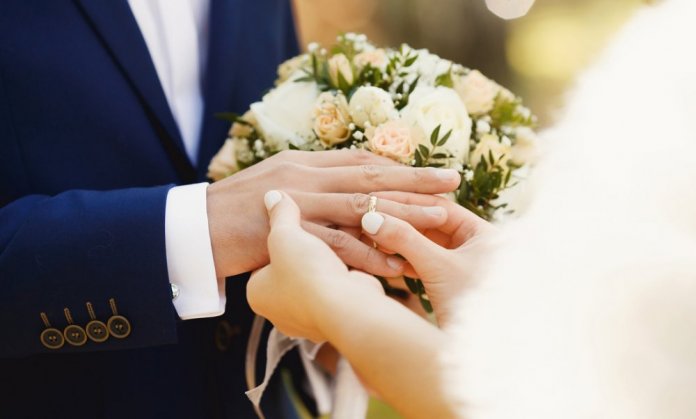 Before now, I’ve heard so much about marriage.
My married colleagues, who are in their thirties, believe marriage is one of the best decisions they have made.
As they say, they should have gotten married earlier, and feel they spent most parts of their youthful lives fornicating.

Having friends like this was a big deal. Each day, my desire to get married increased until when I decided it was time.

Despite not yet married, I already knew the most joyful moments of my life still await me. The thought of having someone as the same flesh and bone was quite confusing. Nevertheless, I knew that was the only way it could work.
For the most part, I could not fully understand how two individuals with different ideologies would cling together as one flesh. While it is quite complicated, I said to myself, “if everyone thinks it’s a good idea, then why not get married.”

In as much as I felt it was time, I also wanted to enjoy the sweet moments of bachelorhood where you have to chase lots of girls and enjoy them flocking around you.

My reasoning all changed five years ago when I met her. She is an incredibly young, intelligent woman with all the good qualities you could think of. She is immeasurably beautiful, well outspoken, and God-fearing.

In fact, as most of my friends would say, she was quite my complimenting half. We played a lot and joked all the time.

Still, we had our ugly days when we fight and disagree over issues. In most cases, in a few days or hours, we settle quickly and move on.

It was quite a fantastic journey that equally convinced me it was time. At this point, getting married seemed so easy. I just wanted to spend my life with her.

So, five years later, we are married. Is marriage entirely as it seems? Did anything change? What have I learned so far?

1. I became a better Christian
Within the first month of marriage, I have noticed considerable changes to my Christian faith. Make no mistake, I was not so far away from God in the immediate past, but I have never felt so connected to God like I now do.

I now pray more often and try to meet up with church services on Sundays. I’m not there yet anyway because I still don’t find midweek bible services that interesting. But the fact remains, I may have made over one thousand percent turnaround to my Christian life.

Before now, in my university days, I had very little time for God’s work. Most times, Sundays were an opportunity to study. I am not sure which year exactly, but I only went to church once that year.
But things have changed since getting married, and I feel so comfortable with it.

These changes are not solely because of my efforts. Because as you know, no one can draw closer to God except he calls him.
In the first week after getting married, I read multiple bible verses about marriage to intimate myself on what is expected of me. One of my most helpful verses is drawn from Ephesians chapter 5. It teaches that married folks ought to always love and submit themselves in everything.

Submit to one another out of reverence for Christ.22 Wives, submit yourselves to your own husbands as you do to the Lord.

Husbands, love your wives, just as Christ loved the church and gave himself up for her
Together with my wife, who I sometimes call a prayer warrior, we have drawn even closer to God because it seems, without God’s hands in our marriage, it won’t work.

2. New personality traits appear
I’ve always been so sure of myself until I got married. Right from the first day of marriage, I noticed I was now too demanding — Something she disliked.

I have read so many bible verses that characterize the man as the head of the family and must be respected by the wife. I think, in my honest opinion, I took this too far.
There are times I told my wife her opinion did not matter. I was so fixated on my new role in a marriage that I felt like a king.

This resulted in a lot of disagreements that would take days to solve. And even after that, we still felt so unhappy afterward.

But things have changed a lot since then. I no longer want to make all the decisions in the family. In fact, I don’t make any of them.

But there is a caveat to it. My wife accepts that I am the head, and wholeheartedly agrees with that. She also knows that it’s my role to make crucial decisions in the family.

So, I hear all she wants to say and still make my decisions. To make her happy, I always try to make her win the small fights (which happen every day), so I can win the big battles – finance, number of kids, when to start having kids, and the church we should attend.

Since then, I’ve noticed she is always delighted to discuss all issues with me. She no longer sees me as her KING but her teammate.

3. A review of relationships in your life
It is almost impossible to be an island in this world. So, before getting married, we do have lots of friends (including side-chicks) that make us happy.

Marriage, for now, seems to have changed that. Not like I don’t see my friends anymore, but I’m more concerned with my family and what my wife wants.

My wife is a very emotional person and always likes it when I am around her. And I understand this too.
Even worse, she cannot deal with another woman sharing her man.

I have never had to cheat on her because that would be the worst decision of my life. Invariably, it seems that I have made my wife the first and only thing in my life.

4. The temptations still exist
I have never been a good and faithful guy. During our years of dating and courtship, I know more than once, I have had sexual encounters with other women.

This is totally wrong, and I regret it, but that’s the truth.
The aim of this article would be defeated if you thought I was a perfect guy. Often than not, I got nabbed, but that’s a story for another day.

Six months before our marriage, I knew I was getting into a sacred union. I also knew that adultery comes with punishment from God.

So, I had to condition my mind to do things that are pleasing in the sight of God. I told myself every day, “I can never cheat on my wife.”

This has really helped me, although I have not been entirely perfect. But I have come to realize that the power of sexual temptations lies in my hands.

In the past, before getting married, I thought it would be difficult to ask a lady out (as a married man). Moreover, as I thought then, ladies should dislike men that are married.

But I was wrong. There is still this handful group of young women that will always want you. That’s where self-control comes in.

Marriage does not take away these kinds of temptations. You do.

Finally, it seems everyone is right. Marriage brings responsibility and changes your life for the better (if you let it). While I do not regret marrying a little bit late, I know it would have been more fun if it happened earlier. Still, God knows the best.