Nigeria, Others to Raise $1bn to Fight Insecurity

Nigeria and other member countries of the Economic Community of West African States (ECOWAS) have resolved to raise $1 billion to combat terrorism and other forms of insecurity bedeviling both the region and the Sahel.

President Muhammadu Buhari, while announcing  the decision at the ongoing 33rd AU Summit in Addis Ababa, also canvassed the necessity by the African Union (AU) to evolve new strategies aimed at effectively preventing, managing and resolving  conflicts in the face of new circumstances and emerging challenges.

The president praised what he described as the renewed vigour by ECOWAS member countries to mobilise  resources to fight insecurity, noting that Nigeria and other ECOWAS member states led the campaign for the restoration of democracy and peace in The Gambia.

A statement by presidential spokesman, Malam Garba Shehu, quoted the president as saying that Nigeria was proud to continue to serve as a strong contributor to the peace roles played by the regional bloc.

”In Burkina Faso, we (ECOWAS) pledged to mobilise one billion US dollars to address the challenges of insecurity in our region and the Sahel. In Guinea Bissau, ECOWAS successfully midwifed the general elections.

”Nigeria along with ECOWAS member states led in the restoration of democracy and peace in the Gambia,” he said.

The president welcomed the collaborative leadership of the AU with other regional economic communities in resolving conflicts in Africa, saying Nigeria has fulfilled its financial obligations to the AU Peace Fund up to 2019 and pledged the country’s preparedness to continue to invest in peace and security on the continent.

Buhari said it was regrettable that terrorism, violent extremism and other forms of vicious conflicts had continued to cause mayhem and  crisis on the continent, adding that “Nigeria condemns, in the strongest terms, the perpetrators of terrorism in Libya, the Sahel, Lake Chad Basin, and parts of the Horn of Africa.”

Buhari also urged member nations to keep on combining efforts to mitigate  violence and secure the future of the continent.

On the necessity to come up with new strategies to resolve conflicts on the continent, the president said: “The AU must strengthen its own capacity for mediation and develop an effective intervention roadmap.”

According to him,   more emphasis should be placed on the promotion of national dialogue, reconciliation and social cohesion with a view to rallying all actors towards sustainable peace.

Speaking on the Peace Fund, Buhari stated that drawing from the Kigali and Johannesburg Assembly decisions, the fund was structured for internal peace support arrangements within the continent and not as resources meant to subsidise the mandate of the UN Security Council.

“In this regard, my delegation will always fervently contest attempts to make Africa subsidise the primary responsibility of the UN as clearly provided in its charter,” he said.

He also welcomed the decision of the AU Peace and Security Council (AUPSC) to adopt the regional stabilisation strategy for the Lake Chad Basin and the renewal of mandates of the Multi National Joint Task Force (MNJTF) and the G5 Sahel Joint Force.

According to him, Nigeria is encouraged by the resolution of the continent’s standing decision-making body for conflict prevention, management and resolution on the Lake Chad Basin.

”We are hopeful that the Inter Water Basin Transfer Initiative for the recharging of the Lake Chad will address some of the drivers of terrorism, particularly the impact of climate change and inter-communal clashes over access to natural resources.

”We equally call on the Assembly to direct the full implementation of these AU-inspired initiatives,” he said.

The inauguration of the head office building of CISSA, donated by the Republic of Equatorial Guinea, took place on the margins of the summit. Chairperson of CISSA and the Director-General of Nigeria’s National Intelligence Agency (NIA), Ambassador Ahmed Rufai Abubakar, described the building as a product of vision, generosity, partnership and African solidarity.

He thanked the Equatorial Guinean president for his generosity and the Prime Minister and government of Ethiopia for providing the land on which the project is situated.

Meanwhile, Buhari has said Nigeria recognised the centrality of science and technology in development process and hence would ensure adequate resource allocation for research and development.

The president, at a breakfast meeting of the Commission on Science and Technology for Sustainable Development in the South (COMSATS) organised by the President of Ghana, Nana Akufo-Addo, in his capacity as chairman, said technology was aiding Nigeria’s advancement in critical sectors of the economy.

He  added that his administration is conscious of the relevance of science and technology to national development and hence has a ministry dedicated to the sector, headed by a scientist.

Buhari also yesterday met with the Canadian Prime Minister, Justin Trudeau, on the margins of the summit and described Nigeria-Canada relations as  cordial. He expressed his desire to further strengthen bilateral ties between the two countries.

The Canadian prime minister described Buhari as ‘‘a leader in Africa,’’ adding that it was a pleasure to engage him on regional and international issues. 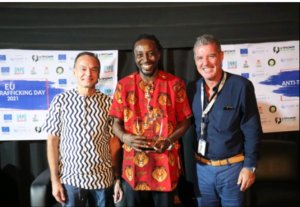 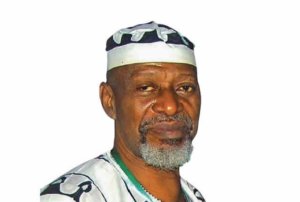 How to Avert Another Civil War in Nigeria