For the second time in less than two weeks, bandits, again, attacked Gurmana town in the Shiroro Local Government Area of Niger State on Saturday afternoon, killing three people while 15 others were seriously injured.

The attack on Issele-Azagba had also led to a gun duel between policemen and herdsmen even as residents accused the state government of abandoning them to their ugly fate.
The bandits, who attacked the Niger community, THISDAY gathered, numbered about 100 and invaded the community on motorcycles, wielding AK47 rifles.

One of the deceased died at Gwada town, some 30 kilometers from the scene of the invasion while being rushed to the Minna general hospital for treatment.

The bandits were also said to have rustled several herds of cattle, sheep and goats.
Chairman of Shiroro council, Alhaji Suleiman Chukuba confirmed the incident to THISDAY at about 1:00pm on Saturday saying about three hundred cattle were rustled from an unnamed Fulani man during the raid.
“As I speak to you now, about 15 people have been taken to the hospital in Minna for treatment. The number of people injured are so many but these are the ones that we are able retrieve so far”.

Among the injured, he said, were about five of the vigilantes stationed in the area.
“I have equally notified the security agents on these latest attacks. What we saw today is like war; the situation is terrible,” Chikuba said.

Senator Representing Niger East Senatorial District, Senator Mohammed Sani Musa, has condemned the latest attacks on Gurmana and adjoining communities in Shiroro local government area and villages near Beni town.
Musa described the attacks and killing of villagers “as barbaric”, saying, “My heart is heavy, and I find it really unbelievable that people could just be so ungodly to the point that the sanctity of human life no longer means anything to them.

“I received the report of the sad and barbaric attacks on my people this morning. According to the information I got, armed men dressed in black clothes shouting ‘Allahu Akhbar’ stormed Gurmana and other adjoining communities and started shooting sporadically. In the process, two persons were confirmed to have been killed while many are lying at the Kuta General Hospital, critically injured,” Musa said.

Commending the security operatives for their renewed efforts at combatting the menace of insecurity in the state, the lawmaker urged them not to relent.
“I call on all security agencies in the state, particularly the troops operating in the erstwhile areas of Shiroro, Munya, Rafi, Paikoro and Gurara not to rest on their oars in their fight to quash the menace of insecurity in the state. I must also add that, I really commend their efforts,” he said.

Meanwhile, in Issele-Azagba community, most of the people, who fled on Saturday morning were mostly children and infants, who were taken out of the town by their anxious parents and guardians, due to uncertainty about the security situation in the town and amid rumours that at least one herdsmen was killed in the surrounding bushes in the early hours of Saturday.

Some of those, who spoke to THISDAY at Issele-Azagba, said they felt unprotected and unsafe, because the state government seemed to have abandoned them to their fate, in addition to the fact that there was apparently no security presence after the policemen, who came into the town earlier in about four Toyota Hillux vans left on Saturday morning.

Masked gunmen suspected to be Fulani nomads on Wednesday night invaded the community, kidnapping a 13-year old JS3 female student of Great-Favour School, Issele-Azagba, after shooting two men in the town, one fatally.
The deceased man was returning from an engineering firm where he allegedly worked, when the gunmen fleeing with the kidnapped girl, opened fire on him at close range, killing him instantly.

The girl’s mother, a teacher in Issele-Azagba Mixed Secondary School, who is nursing a baby boy, had raised the alarm, when the gunmen dragged her daughter away, attracting members to of the local vigilance group and youths who quickly assembled with flashlights for pursuit, the community having been cut off electricity supply by BEDC since January 2019.
Another man, who was shot on the shoulder, is currently receiving treatment at the Federal Medical Centre (FMC) Asaba.

Although the abductors had reportedly demanded for millions of naira for the girl’s release, the situation was aggravated following rumours that two nomads had been killed in the bush near the town, causing people to flee particularly, with their young ones to neighbouring communities in Asaba (Oshimili South), Oshimili North, even as some had crossed the Niger to Onitsha and others.
Delta State Commissioner of Police, Mr. Afiz Inuwa, told THISDAY, Saturday evening, that the police had not abandoned the community but we’re on top of the situation.

Speaking on phone with our correspondent, who was at Issele-Azagba, the state police boss said a crack team of policemen deployed in the area had in the early hours of Saturday engaged some suspected armed herdsmen in an exchange of gunfire, hinting at the cause of the rumoured death of herdsman and another reportedly in coma.

Inuwa also confirmed a meeting on Saturday morning between the Issele-Azagba community leaders and members of the Arewa (Hausa/Fulani) Community in the area led by the Imam of Asaba Mosque.
He said the meeting, held at the palace of the Obi of Issele-Azagba, HRM Francis Ijei and attended by the President-General of Issele-Azagba Development Union, Chief Uche Illoh, was to get to the root cause of the attacks and bring the perpetrators to book as well as ensure lasting peace in the area.

National Adviser to the development union, Paul Offor, wondered how the police expected the community to “summon the instruments to carry out such investigation (since) we do not have guns, although the Arewa community led by the Imam from Asaba was also asked to investigate those herdsmen possibly involved in the attacks.”

Offor lamented the fact that the state government has not done anything about the Issele-Azagba to Otulu road and the public college in the area after the attack on Issele-Azagba Mixed Secondary School by suspected Fulani herdsmen in October 2019, which led to the death of a teacher and a youth, who joined the search operation following the abduction of the school principal with some teachers and students of the school.

The teacher and nursing mother of the kidnapped teenage girl were said to be trying to start the generator set, when some gunmen attempted to drag her away with the little baby boy in her arms.
The criminals, however, decided to leave the mother of three and seized her daughter, who had come out of the house, crying and begging the gunmen to leave her mother alone. 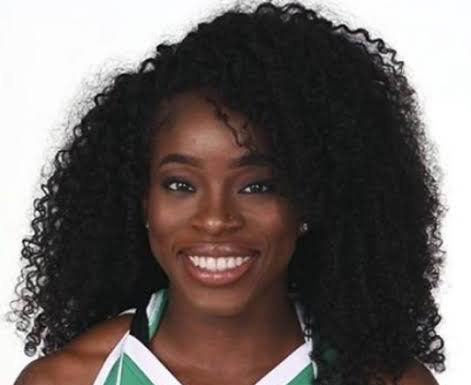