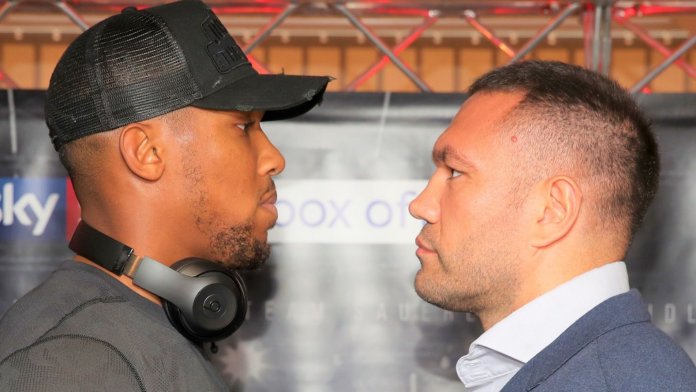 Kubrat Pulev has warned Anthony Joshua he is “ready to come to London” to “bust up” the world heavyweight champion.

Negotiations to finalise Joshua’s next fight have hinged mainly on the location – the IBF, WBA and WBO champion’s preference is a UK homecoming after two fights abroad in 2019, and the Tottenham Hotspur Stadium has emerged as the “frontrunner” to host a fight in June.

But Pulev has mocked Joshua, saying: “Calm down champ, I see that you are very worried to fight away from home and you are absolutely right to be, haha!

“But rest assured, if necessary I’m ready to come to London and bust you up in front of your own fans!

“Until then, tell Mr. Hearn not to get ahead of himself, we do not have a deal yet!”

Promoter Eddie Hearn claimed on Thursday a deal to pit Joshua against his IBF mandatory challenger was “very close”.

“He wants to fight in London in June. We’re on the verge of making that happen now. Spurs is the front runner and that’s what he’s asked me to do. We’ll be delivering that for him.”

Bulgaria’s Pulev has only ever lost to Wladimir Klitschko in 29 fights but has since beaten Hughie Fury and Derek Chisora. He was initially scheduled to face Joshua at Cardiff’s Principality Stadium in 2017 but withdrew injured.