The  President, Court of Appeal, Justice Zainab Adamu Bulkachuwa, has said she wants to be remembered as a woman who loves her country, judged right and did the best she could in every situation.

She also stated that if a girl-child was properly nurtured, especially in education, her contributory impacts would make the society a better place to live in.

She spoke yesterday in Port Harcourt at a valedictory session in her honour, as she prepares to bow out of office on March 6.

She stated that “every girl has an opportunity to live and make the world a lively and happy place to be.”

Speaking on her retirement, Bulkachuwa noted that it was constitutional, as a civil servant, to handover at the age of 70, stressing that she has served the nation well in her capacity.

Recalling her experience in office she said: “I give thanks to the Almighty Allah that on the 6th of March, 2020, I would have attained the age of 70 years and I will cease to hold the office of a judicial officer and President of the Court of Appeal by virtue of the provisions of section 291(1) of the Constitution of Federal Republic of Nigeria.

“As I go into retirement from active service, the lessons of years passed are still with me. I will spend my next phase of life, giving myself to my society and to the world at large. I want to look back and smile in the knowledge that all I have done, learned and experienced will not be in vain.

“I go away with good cheers; I pray that life will continue to be good, in the midst of my bitter experiences. More than anything, I want to be remembered as that woman who judged right and did the best she could in every situation and who loves her country Nigeria.

‘It has been a glorious, interesting and eventful period in which I participated in so many things, in terms of policy, economy and governance in this country.

“As a High Court judge, I remained focused on my job and catered for my six children, adopted children and I balanced my roles appropriately and even had time for my extended family members.

“Between 2000 and 2003, I was the National President, Association of Women Judges, which gave me a chance to meet all the female judges in Nigeria and they remained my sisters since then.

“I was also the initiator of the Jurisprudence of Equality Project, which lasted for about eight years, from 2001 to 2008. I was married twice to supportive men who encouraged me to be the best and contributed to my success both in my personal life and in the development of my carrier,” Bulkachuwa narrated.

She praised her late father, late husband and her present husband for their very positive contributions to her successful career.

She said: “The death of my husband tore my world apart. This tragedy hit me really bad. I scaled through the moments of despair with the help of my extended family and friends. The deep scares of his death will follow me for the rest of my life.

“My life has been awesomely phenomenal. I was born at a time when it was difficult for girls to go to school and even when they did, they were not allowed to go beyond primary school level before being married off. I was lucky to have a father who had an interest that I be educated.”

In his opening remarks, presiding Justice of Court of Appeal, Port Harcourt Division, Justice Ali A. B. Gumel, lauded Bulkachuwa for the support she gave to the Division all the time she was in office.

He said that the Port Harcourt Division of the Court of Appeal was one of the most decorated and a very robust division, stressing that some of the best known legal practitioners in Nigeria, practiced in the division.

He said: “During my three-and-a-half-year stay here, we have had the honour to host all the most senior legal practitioners in Nigeria. The practice of the law here is a very robust one and is comparable to any division in any jurisdiction in Nigeria.

“At the moment, in the Supreme Court of Nigeria, four of the justices of that court had served in this division and it is unprecedented, no other division of the Court of Appeal has contributed that much to the jurisdiction of the apex court.

“So my Lord, you are welcomed to one of the most successful and versatile division. It is also a privilege to congratulate all those who have practised here and enriched our knowledge in the discharge of the business of the Court.”

Rivers State Attorney General and Commissioner of Justice,  Zachaeus Adango, in his presentation, commended Bulkachuwa for standing for justice in matters brought before her, especially in election petition matters.

He urged the President of the Court of Appeal, to continue to render service to the profession and to Nigeria at large even after retirement.

Later, during a courtesy visit on Governor Nyesom Wike, Bulkachuwa declared that she would use the rest of her life for the service of her community and the rest of the world.

This is as she inaugurated the reconstructed, upgraded and furnished seven official Quarters for judges of the Court of Appeal, developed by the Rivers State Government under Wike’s administration.

Presenting the seven official Quarters for inauguration, Wike said it is the contribution of the State Government to the Court of Appeal.

He said: “We have developed these houses for the justices of the Court of Appeal. We also have for the Presiding Justice and other Justices.

“The reconstruction, upgrade and furnishing of these houses form the contribution of the Rivers State Government to the Court of Appeal.”

The Rivers State Governor also stated that the state’s Judges Quarters was ready for inauguration.

President of the Nigerian Bar Association, Mr. Paul Usoro (SAN), represented by the Former NBA President, Okey Wali (SAN), said the life of Bulkachuwa reminds the society of what women can achieve if given the opportunity.

He described the retiring President of Court of Appeal as an extremely successful role model of multi-tasking women. He said that she should be celebrated as a gender champion.

He noted that the epoch event of Bulkachuwa’s successful retirement called for celebration because of her outstanding achievements. Former President of NBA, Chief Onueze Okocha (SAN), who spoke on behalf of the Body of Benchers, commended the retiring President of Court of Appeal for serving the nation meritoriously and with distinction.

He congratulated her for her trailblazing achievements in her work as a Judicial Officer over the years.

Attorney General of Rivers State, Prof. Zaccheus Adangor congratulated the retiring President of Court of Appeal for a successful career.

With less than a week to the end of the Seriake Dickson’s administration, a document containing its performance across the various sectors is now ready for public consumption, the Bayelsa government said yesterday.

The document, the administration said, captures a vivid account of the sectoral performance of the government and how it impacted positively on the lives of the people.

Submitting the report to the State Commissioner for Information and Orientation, Daniel Iworiso-Markson, the

Performance Analysis Committee said it delivered on its mandate, despite the hiccups it encountered during the task.

Chairman of the committee, Dr. Matthew Ayibakuro, explained that the report, which was thoroughly put together, would give Bayelsans an insight into how well the outgoing government fared in its eight-year term.

He said upon the inauguration of the committee in July 2019, it was saddled with the responsibility of garnering indices and statistics on the achievements of the outgoing administration.

According to him, the whole essence of its task was to give the government a proper perspective on all its achievements and bring to bear the need for Bayelsans to know the milestones achieved by the government.

Responding, the commissioner applauded the commitment of the committee in submitting the interim report, despite time constraints, emphasising that their work would be of immense benefit to the incoming administration.

Iworiso-Markson noted that the incoming administration would use the report to consolidate on the achievements of the outgoing government and make effective policies, as well as initiate crack programmes for the benefit of the state.

He also lauded the efforts of Governor Dickson in transforming the state and said that the work of the committee would help Bayelsans better appreciate the developmental strides of the Restoration administration.

He said: “Government is a continuum. It doesn’t mean that because one government is leaving and another is taking over, that the structures and systems put in place should come to an abrupt stop.

“Some Bayelsans do not see the benefits of the monumental achievements of Governor Dickson, for instance, the airport. “The findings of this report will help people better appreciate the economic boost and job creation that the airport has caused in the state.

“I truly appreciate the zeal and sacrifice of the committee in getting this work done. It is young people like you that are the real hope and future of Bayelsa State, because what you have done is not for any particular individual or government. It is for the good of Bayelsa state.” 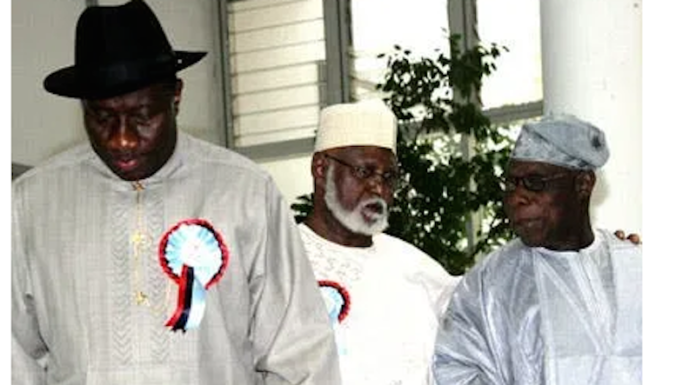